Ashley Lucchese has been serving the UNICEF Nicaragua Country Office for the past year as a Remote Consultant, focusing on Advocacy and Communication for Innovation in Resource Mobilization. As a Super Hero for Zero, she applied for this role in particular, given her familial ties to the country and interest in children’s issues, and the unique opportunity this post provided in contributing first-hand to child protection in a consistent and meaningful way. Over the past year, she has edited Innovation Articles that were published on unicefstories.org, transcribed innovation interviews, edited innovation presentations and reports, Concept Notes and Project Proposals for Violence Prevention and Response, as well as the Country Office Annual Report. She also recorded the text for a presentation on the newly launched BICU Innovation lab. 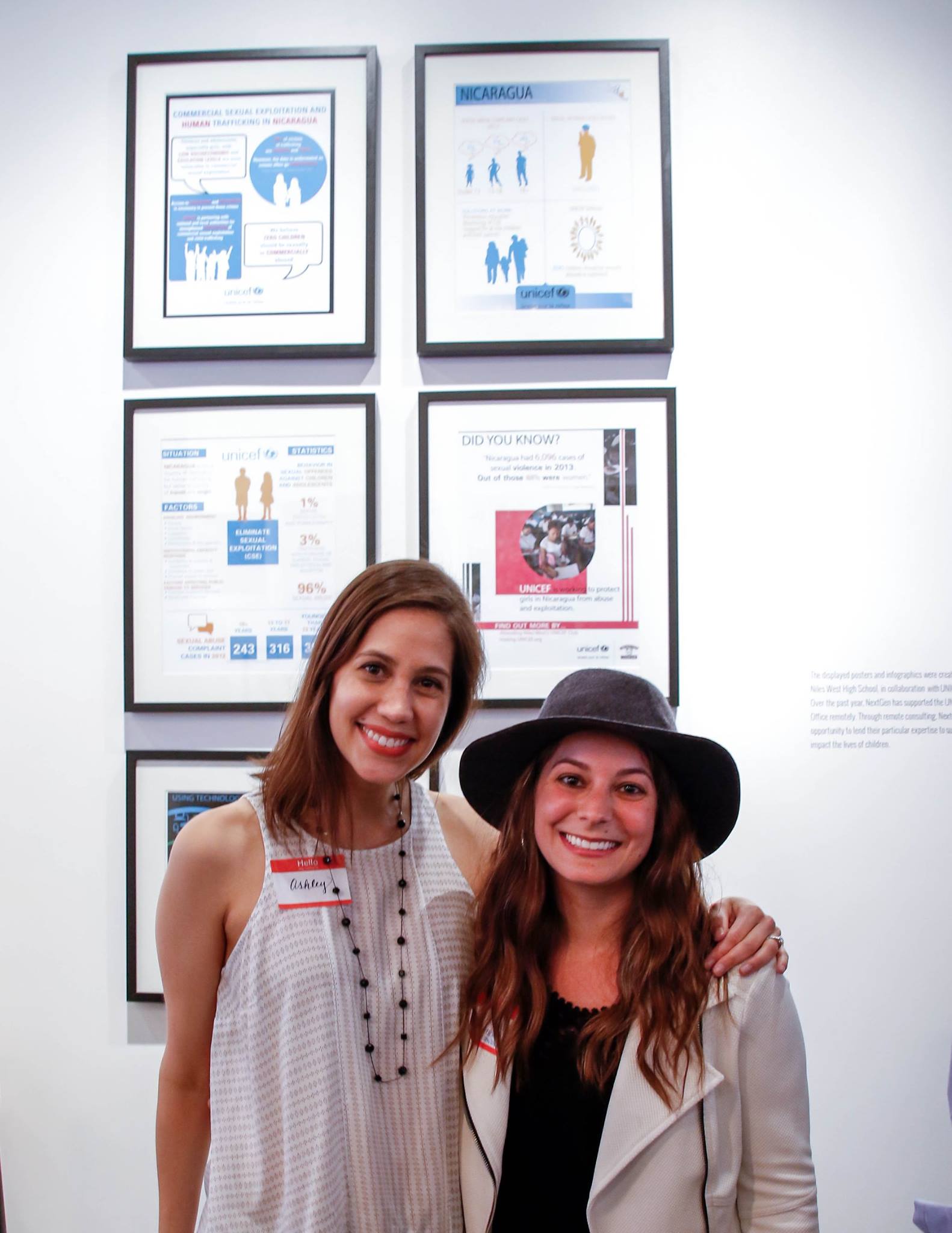 A main priority for the Country Office has been funding for Child Protection, so Ashley gathered information on the main challenges from Rinko Kinoshita, the Deputy Representative, and then scheduled a call with Casey Rotter to understand more about how funds are routed and discussed strategies for increasing awareness and fundraising for the country. After discussions, it became clear that a major factor was a lack of education and awareness about the issues in the country, due, in part, to the difficulty in discussing concerns around violence against children. Casey provided guidance on how to frame these problems and from there, Ashley created a plan to create several infographics for use on the Nicaragua website and social media to educate the public on the major issues, and hopefully increasing interest and ultimately, donations.

Taking information from the Annual Report, the Child Protection Concept Note and Project Proposal, she sketched out the first infographic on paper and solicited a graphic design colleague to complete translate paper into a digital form. Around that time, she also reached out to her friend and former classmate, a Graphic Design and Art Teacher at Niles West High School to see if she and her students might be interested in helping with the infographics. She started by introducing the Community Fellow to the teacher, who spent an afternoon discussing UNICEF’s work and answering questions for the students. The teacher then created a module around UNICEF, for students to both learn about UNICEF’s work, but also to participate by creating infographics, setting up a UNICEF High School Club, creating an Imagine video, and fundraising. Ashley worked closely with the teacher and students on the infographics in particular, sketching out topics and key facts, sharing the Brand Book and guidelines for creating materials with the UNICEF logo and answering questions from students. The Nicaragua Office made edits and recommendations and ultimately approved all of the infographics. The Country Office was very pleased with the end result and plans to use the graphics online to support their work.

Working with on these infographics led Ashley to contact the Chicago Next Generation Steering Committee about hosting the first-ever Art Party in Chicago, with a special focus on highlighting the new partnership with Niles West High School and the work the students did in support of her work for the Nicaragua Office. The Committee was supportive, Ashley was named as the Chair of the event and planning immediately began.

The Art Party was a success, raising over $13,000 (a 5.8x return) for the Next Gen End Trafficking Project and bringing together local artists, collectors, young philanthropists, and nearly 60 students and parents from Niles West. The event further solidified the partnership with Niles West and the students are looking forward to continue learning about UNICEF’s work, participating where they can, and raising funds. The students have raised $500 independently so far and look to continue fundraising efforts into this school year. 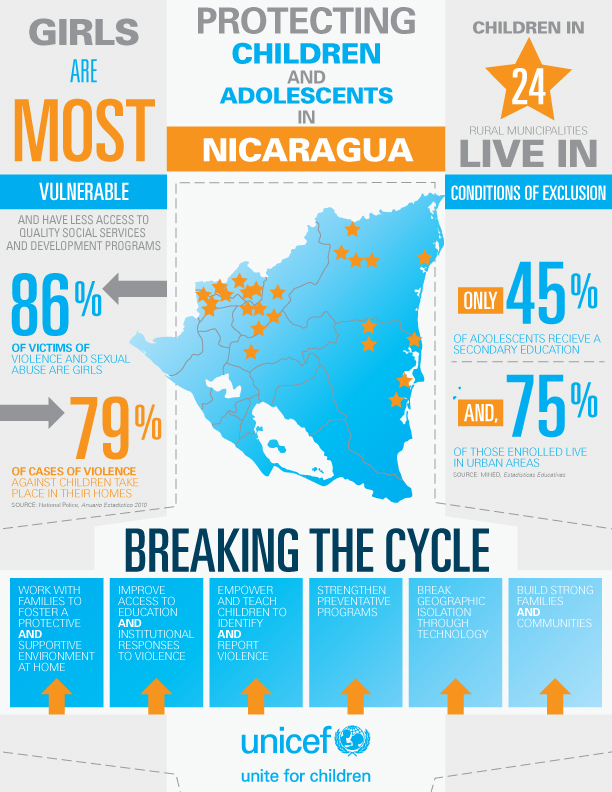 Pictured above is one of the infographics Ashley created for the Nicaragua Country Office.