From Refugee to U.S. Citizen: A Former Lost Girl Looks Back

War in South Sudan took almost everything from Rebecca Deng as a child. Today, she's a vocal champion for refugee children. This is her story.

Rebecca Deng is a former refugee. A mother. A writer. An advocate. A proud South Sudanese American. And yet, in her mind, she still returns to the formative experiences of her youth.

“When I see children suffering and unjust practices, it brings me back to when I was a 6-year-old running from my village, forced out of a safe and loving home,” says Deng. “But how do I make peace with all of those identities, and see them as strengths, and resilience, and not something to diminish?” 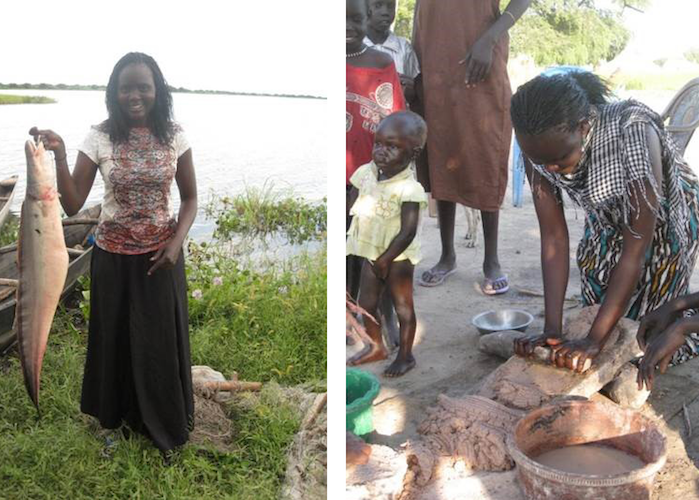 Catching a fish, grinding sorghum: In 2009, Rebecca Deng returned to South Sudan, where she was born, for the first time in nearly a decade.

Earlier this year, Deng visited our office to talk about her journey from Sudan to the United States, which she also documented in her recently published memoir, “What They Meant for Evil.” Like many of the world’s more than 70 million displaced people, it took her a long time to reconcile her childhood memories and life in an entirely new place.

For the first six years of her life, Deng lived in the village of Aruai Mayen, in what is now South Sudan’s Jonglei State. War was an ever-present backdrop but even though her father was a commander in the Sudan People’s Liberation Army (SPLA), her relatives kept the young girl sheltered from the realities of conflict. All of that changed when government forces from Khartoum arrived.

“The war never really touched my village until that one day towards the end of 1991, when my village was attacked,” Deng recalls. “I didn't know what was going on. There were just guns and people running everywhere. My uncle grabbed me, and we ran.” Her uncle told her at the time that they would return home in a week; instead, they would be on the road for many months.

This was an unimaginably difficult period in Deng’s life. After she received word that her father had been killed, she was raised by her uncle’s family. The farther they traveled from home, the more difficult conditions became. “We can die from starvation or be killed” became the lens through which Deng and her surviving family viewed life. With food scarce, she subsisted on a paste-like mixture of water and maize.

Relief came when they reached the Kenyan border. Deng can’t recall if it was UNICEF or Save the Children — both were fixtures there — but she says that a humanitarian agency stepped in to provide nutritious, protein-rich food to uprooted children. “That was helpful to me, and was helpful to children to gain some strength.”

Life in a refugee camp came with its own opportunities and hardships: "You're not dying, but you are not living."

In 1992, Deng’s family arrived in Kenya’s Kakuma refugee camp, where she’d spend nearly a decade. Life here was an improvement, but it still offered little reason for hope. “I describe it as being on a life supporting machine,” says Deng. “You're not dying, but you are not living.” 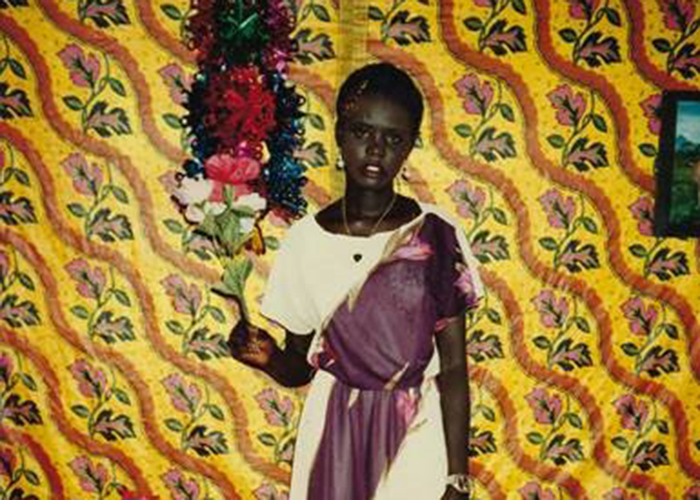 In 1999, Rebecca Deng was 14 and living in Kenya's Kakuma refugee camp. This photo was taken a day after an "engagement party" known as Kaany. She was almost married off to an older man, who left for Sudan to arrange a dowry. By the time he returned, she had already left for the U.S. with the Lost Boys and Lost Girls program.

Like many refugee children, Deng recognized that education could lead to opportunities. But her uncle was reluctant to send her to school, because he could not afford school fees.

“I was told that before the war entered my tribe's land, the earliest a girl could marry was 18," says Deng. "The war and poverty have changed our traditions. Now young girls are raised so when you become a woman, the only thing you can do is make another life. That's how the community started to see it. And they don't see them as children.” She too would have been married at an early age, but few in the camp could afford to pay a dowry. “In a twisted way, the bride price kind of saved me.”

Once Deng enrolled in school, she excelled — so much so that her teacher took notice, and encouraged her to apply for a new program that would allow her to continue her studies in the United States. Not long after, Deng was officially accepted into the Lost Boys and Lost Girls program. Altogether, 3,700 boys would be resettled; just 89 girls would be granted the same chance.

Life in the U.S. presented new obstacles, but Rebecca Deng persevered and has emerged as a fierce advocate for refugees

In Holland, Michigan at the age of 15, Deng experienced snow for the first time and was confused to see trees without leaves. But she also recalls a different kind of culture shock: her first encounters with racism. "My foster dad took me and my foster sister from Sudan on a road trip. He was rearranging things in the car and he gave us money to buy ice cream. The lady in the shop told us they were closing. We came back to the car and told him, but then he saw someone walk out carrying ice cream so he went inside and asked to be served. He said to the lady, 'My daughters were just in her and you said you were closed?' Then he brought us inside and she said, 'Oh, I am so sorry!' "

“I had been judged in Africa because of my status, but not my skin color,” says Deng. She vividly remembers the sting of being harassed by a white woman in a grocery store. "She was like, ‘You move back, you immigrant. You want to steal my information?’” It took Deng a moment to piece together why she had been targeted. Another time, she was pulled over and asked for her ID and whether the car she was driving belonged to her. "I wasn't ticketed, but I was aware of the reason."

Deng and her sister were the only Black girls in their high school. "I realized that for the first 15 years of my life, I never had to think about the color of my skin," she says. "Now the first thing people asked was, 'Where are you from?' Every single day, when I met someone new, their questions pointed out that I didn't belong."

Not long after she arrived in the U.S., Deng discovered that she was pregnant, the result of a sexual assault just days prior to her departure from Kakuma. “I wanted to give up. I wanted to just leave high school, and then be a mom,” says Deng. However, her foster family encouraged her to at least stay through the spring, since her child was due in the summer. The years that followed came with their own challenges, but she managed to balance her schoolwork and motherhood. Soon she would begin a new chapter, finishing a BA and MA, and becoming an international speaker and voice for refugee women and girls. 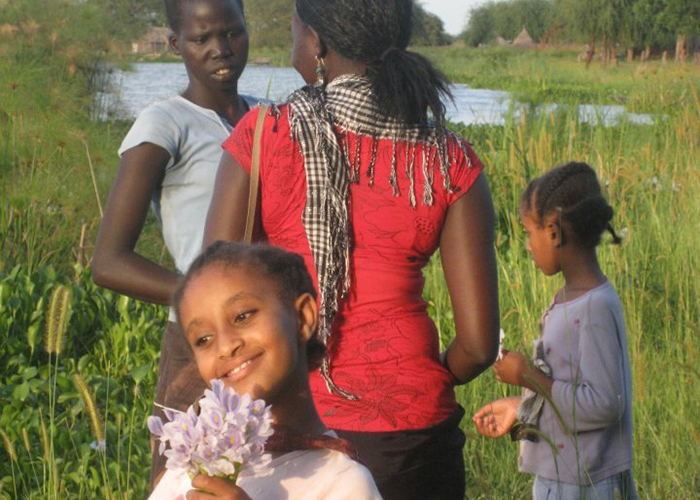 On her return trip to South Sudan in 2009, Deng (in red shirt) picked flowers with girls from the village of Atar, about an hour away by boat from the city of Malakal.

“My hope is to just keep advocating for help for children in crisis, because sometimes when we hear a statistic, we get overwhelmed,” says Deng. But there is hope for every displaced child, just as there was for her.

“I could've been one of those numbers. But because I came here, I have an opportunity where I am today.”

Today, UNICEF teams continue their lifesaving work in South Sudan, and in refugee camps like Kakuma. In addition to providing nutrition, safe water and education resources, UNICEF South Sudan maintains a family tracing program that works to reunite displaced children with their parents. Our colleagues also work with partners to help children heal from trauma through psychological support.

Your generous contribution will support UNICEF's lifesaving work to save and protect the world's children.

To learn more about Rebecca Deng's story, read her book: "What They Meant For Evil: How a Lost Girl of Sudan Found Healing, Peace and Purpose in the Midst of Suffering."

Top photo: Rebecca Deng's childhood was turned upside-down by violence in what is now South Sudan. Today, she's an international speaker and advocate for women and children who have been traumatized and victimized by war. © All photos courtesy of Rebecca Deng