Feburary 12th is Red Hand Day—an international awareness day to acknowledge the thousands of boys and girls who are recruited into armed groups. These children witness horrific violence and experience severe trauma. UNICEF is working on the ground to negotiate the release of children from armed groups, and to address the factors that lead to child recruitment. Children involved in armed conflict is a form of human trafficking and it’s a severe violation of rights. Learn what you can do to take action to address this issue.

Today is Red Hand Day, an international awareness day to address the recruitment and exploitation of children in armed conflict. Today we recognize that thousands of children around the world are being used in armed groups as combatants, porters, messengers, and for other roles. Many are recruited by force, abducted while at school, or kidnapped from their homes. Children may also join armed groups as a result of extreme poverty, immense desperation, family obligation, or environmental pressures; many simply have no other option. 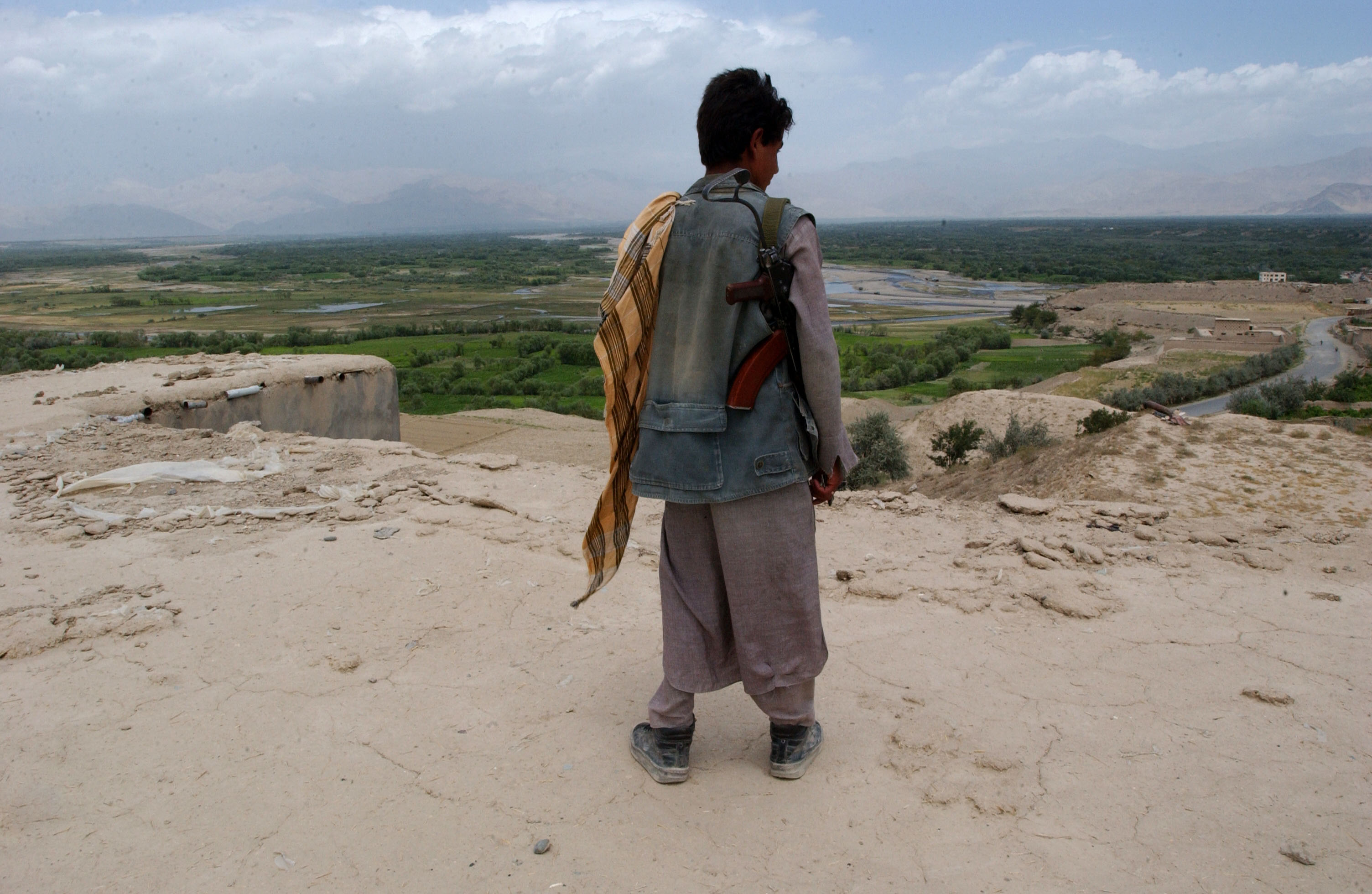 Armed conflict forces children to commit and witness horrific acts of violence and exposes children to unspeakable trauma. Children are taken away from their families and sometimes forced to kill them in the process. Girls are targeted for acts of sexual violence, rape, and forced marriage. Boys are handed AK-47 rifles and instructed how to use them.

I hope you stopped to pause after reading that last sentence. I hope the facts in the last paragraph were as nauseating and heartbreaking to read and they were to write. I hope we can take a moment today to grieve the heinous acts of violence children are exposed to every day as a result of armed conflict. I hope we can take a moment to recognize that children are being sent to the front lines-- to kill and be killed on behalf of ideological and political differences they neither start nor understand.

Children are forced to suffer the consequences of violence that adults create.

The use of child labor in armed conflict is considered a "worst form of child labor;" however, it is also a human rights violation, a war crime, and often a form of human trafficking. When children are recruited by force, fraud, or coercion and exploited to work in armed groups (whether for labor or sexual purposes), they are victims of human trafficking. And this exploitation causes incredibly harmful physical and psychological repercussions for children and their communities across generations. 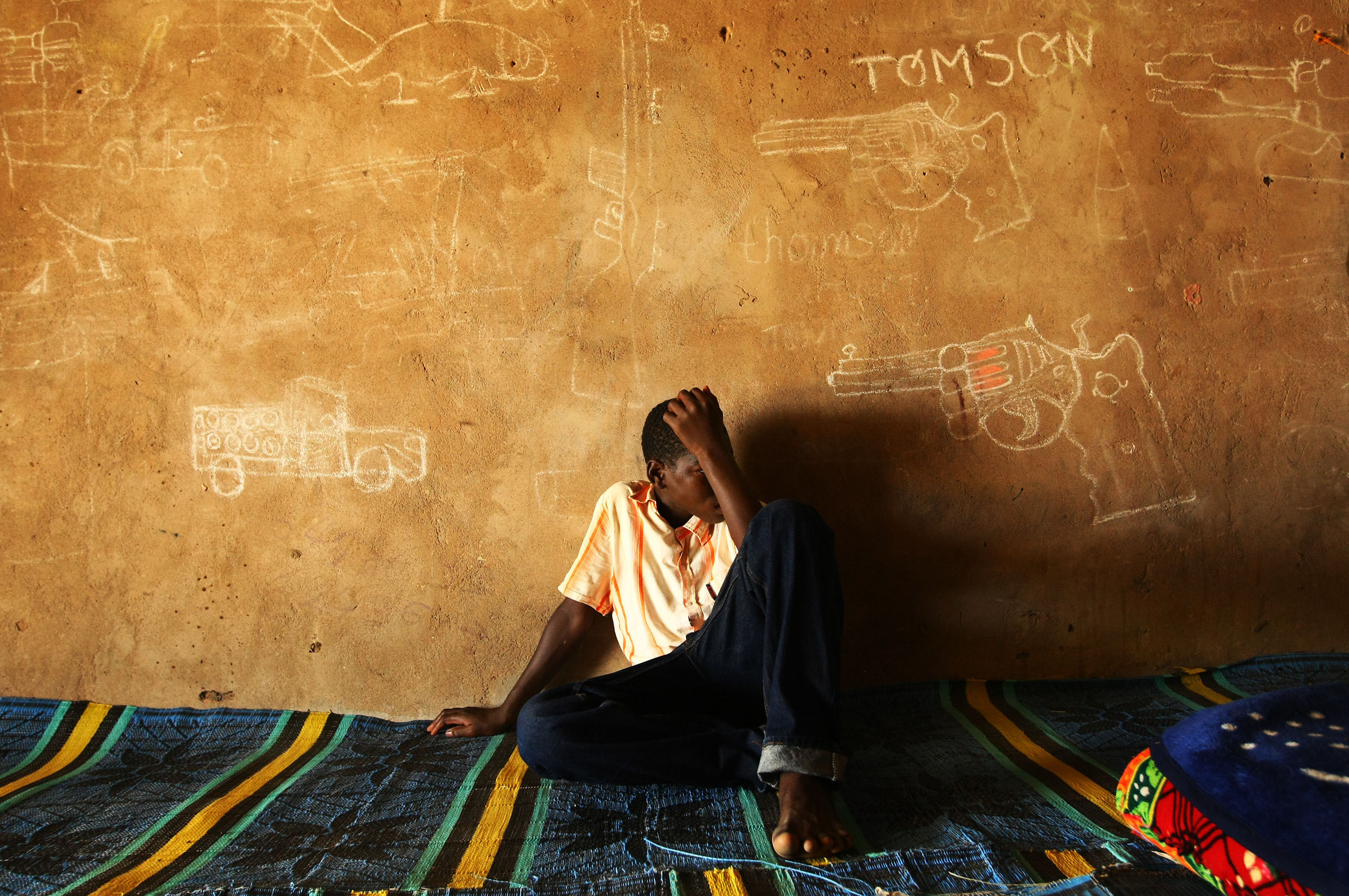 When children are forced into armed conflict, they are denied their most basic right: their right to be children.

Children are children first—not laborers, not soldiers, not rebels. Children deserve peace, safety, and security and every child deserves an education, a voice, and the opportunity to thrive alongside family and friends.

That is why UNICEF works to release children from armed groups as soon as possible even during armed conflict, and help them return to their communities. In doing so, UNICEF supports services that care for the physical and mental health of affected children, provide them with life skills, and engage them in positive activities to promote their well-being. UNICEF uses a community-oriented approach to help facilitate reconciliation, root out discrimination, and set up systems to protect and prioritize the rights of children.

How can Capoeira, a form of Brazilian martial art, help children coping with armed conflict? This pilot program led by UNICEF in Kinshasa in the Democratic Republic of Congo has worked with 270 former child soldiers over the past six months.

More than 100,000 children have been released and reintegrated into their communities since 1998 in over 15 countries affected by armed conflict. In 2010 alone, UNICEF supported the reintegration of some 11,400 children formerly associated with armed forces and armed groups along with 28,000 other vulnerable children affected by conflict. And on January 27, 2015, just a little over one year ago, UNICEF and its partners secured the release of approximately 3,000 children associated with an armed group in South Sudan, in one of the largest-ever such releases of children.

We are making progress in the effort to keep children out of armed conflict, but the best way to protect children is by preventing their abuse and exploitation in the first place. In honor of Red Hand Day, consider taking the following steps to help prevent children from being used in armed conflict.

1) Host a film screening of Not My Life to share this issue with your community. Email endtrafficking@unicefusa.org to request a free copy of the film. Want a short preview? Click here for a clip highlighting Grace Akallo's story and her experience as a child soldier in South Sudan.

2) Host an event or fundraiser to engage your family and friends with the work UNICEF is doing to prevent the use of children in armed conflict.

3) Donate to support UNICEF's life-saving work. 90% of every dollar goes direcly to help children in need.

"Children should be the first to benefit from mankind's successes and the last to suffer from its failures... For it is how we bring up our children that our civilization is measured, our humanity is tested and our future is shaped."