Cascading floods and devastating landslides in central Vietnam have left more than 2.5 million children at risk of disease, poor nutrition and delayed development. Between October 6 and November 17, the region was hit by seven consecutive tropical storms and cyclones, affecting an estimated 7.7 million people living in nine provinces. UNICEF is working with partners to improve conditions on the ground and to ensure that children and families receive the care and services they need to survive the crisis.

Rising floodwaters forced Nyugen Van Toan and his wife, Vo Thi Kieu (below), to evacuate their home with their 13-year-old son and two daughters, 3 and 10. The couple's older daughter has cerebral palsy, so they took turns carrying the girls as they searched for higher ground. The family tried to seek shelter in a neighbor's house, but were turned away because there was no room. They doubled back to their own home, where they spent three days perched on boards in their attic, with hardly any food or water, until the floodwaters receded. 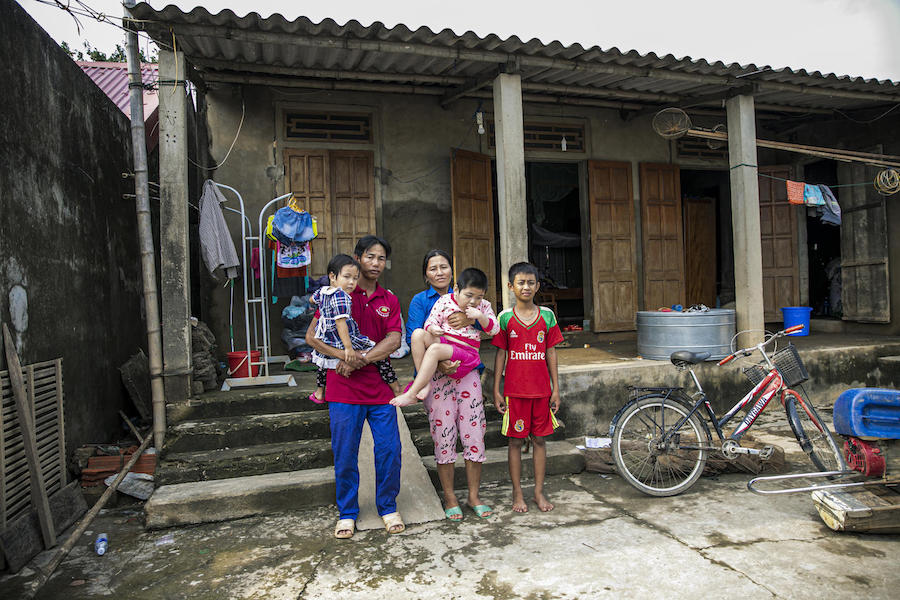 Widespread flooding has severely impacted Vietnam’s agricultural production. More than 7,200 hectares (almost 18,000 acres) of food crops have been submerged and damaged, and more than 691,000 cattle and poultry have been killed or swept away in floodwaters, according to the state-run Vietnam News Agency (VNA).

Floodwaters destroyed almost everything belonging to the family of the children below, including their most valuable asset, a pair of water buffalo. Their father describes barely swimming to safety after his boat was destroyed by the flood. He says he stays up all night, worrying about his children and their future. 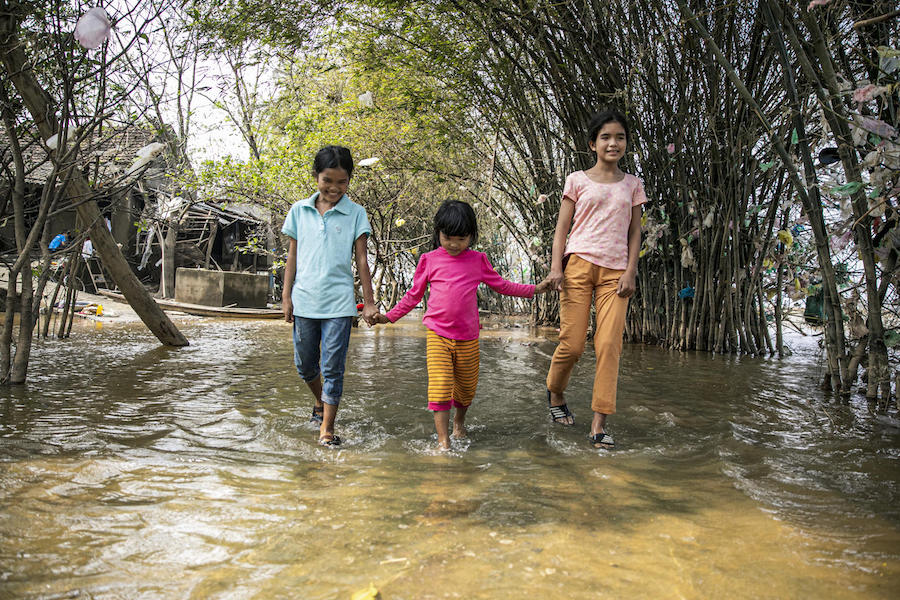 To date, 61 commune health centers are damaged and many more are isolated and inaccessible due to floodwaters and landslides, leaving approximately 72,000 pregnant and lactating women and 120,000 children under the age of 5 with no access to essential health care services. Diseases can spread rapidly under these conditions; a diphtheria outbreak is ongoing, and hospitals have reported a sharp increase in the number of patients diagnosed with meliodosis, or Whitmore's disease, which is transmitted through direct contact with contaminated soil and surface waters.

To combat these challenges, UNICEF experts have joined a team led by the Vietnam Disaster Management Authority. They have reached the most affected provinces, and are assessing the situation of children and women to learn the full extent of their needs.

Below, Chu Huu Trang, a UNICEF Communication for Development Specialist, talks to Duong Van Nam and his visually impaired son in the ruins of their collapsed home. Nam says his family was lucky enough to evacuate just before the bedroom collapsed. Two of his children were born with disabilities, and need special care from their parents at all times, which has been difficult to provide during the aftermath of the flood. Nam's fondest hope for his son is that he will eventually be able to attend a specialized school for visually impaired children so that he can learn how to take care of himself and have more opportunities in the future. 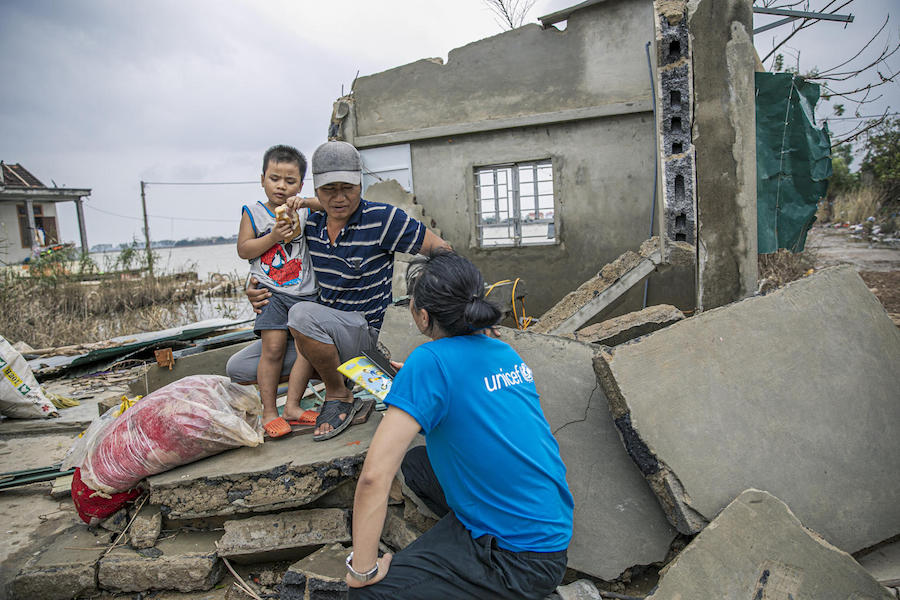 With future flooding expected, UNICEF is working closely with national and local partners to strengthen disease outbreak and nutrition surveillance systems, and to develop a comprehensive response plan to reach the affected population with timely, inclusive and culturally sensitive messaging promoting lifesaving practices on health, nutrition, child protection and water, sanitation and hygiene.

Flooding and landslides have made it even more difficult for families already struggling to feed their children during the COVID-19 pandemic. An estimated 11,000 children under age 5 are suffering from severe acute malnutrition, which can be fatal if left untreated. On November 15, UNICEF airlifted 10 tons of Ready-to-Use Therapeutic Food (RUTF) from the world's largest humanitarian supply warehouse in Copenhagen, with another 50 tons on the way.

UNICEF has begun distribution of water, sanitation and hygiene supplies, including 4,034 ceramic water filters, 51,381 detergent packs and soap bars for approximately 80,000 people. UNICEF is also procuring emergency education supplies and 900 early childhood development kits to keep children healthy and learning during the crisis. Much more remains to be done.

Your generous donation will help UNICEF be there for children in need. Please donate.

Top photo: Brothers Phuc Thinh, 7, (left) and Thanh Phuc Khang, 5, stand in the ruins of their home after a series of destructive typhoons and floods in Le Thuy, Quang Binh, Vietnam. © UNICEF/UN0355587/Viet Hung