The Power of Sports and Play

It’s hard to imagine childhood without play. When they play, children learn how to explore, invent, create and collaborate with others. Those skills help them when they are very young as they make friends and learn how to be in the world. But they are just as critical as kids get older — at school, on the playing field and, eventually, when they are old enough to earn a living.

Play is so good for children that there's a pile of new evidence out supporting kids' right to play. The American Academy of Pediatrics (AAP) even recommends that doctors prescribe it for their patients. Sports and physical activity strengthen kids' bodies and developing brains, helping them learn and stay focused in school.

When times are tough, active play also helps children deal with adversity. The pleasure and connections children tap into when playing together or with adults are a powerful antidote to the stress that can build up in a child who's endured trauma.

Though overscheduling is often what cuts into children's playtime in the U.S., the barriers in many other parts of the world are more dangerous and difficult to address.

Children who must spend hours every day fetching safe water for their families have little time to play. For children who live in war zones, a safe place to have fun and run free is often only a dream. When families can’t afford healthy, nutritious food, their children simply won’t have the energy to play. Children living under such duress desperately need the relief that playtime offers. Without it, they can suffer toxic long-term effects.

To protect vulnerable children's right to play — and reap the many benefits — UNICEF promotes physical activity and sports to ensure the health and well-being of children everywhere: 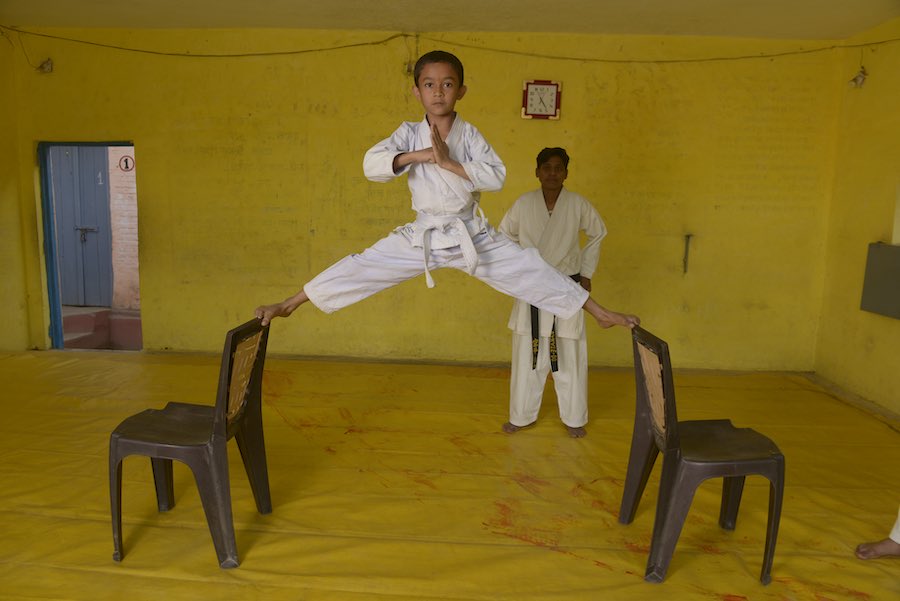 Mohit Uikey, 8, practices the martial arts he's learning in a UNICEF-supported program in central India that is teaching self-defense to boys and girls who have dropped out of school to avoid sexual harassment. © UNICEF/UN0278918/Katragadda Girls play soccer at the LEC center of Boul'aos in Djibouti, just outside the captial, where a diverse community of primary school children can take classes and play sports. Migrant and undocumented children, those with special needs, children who live in nomadic communities and girls are routinely denied social services and frequently don't make it to school. But here, thanks to UNICEF, they are guaranteed what all children should have: the chance to get active, play sports and have fun. © UNICEF/UN0199015/Noorani 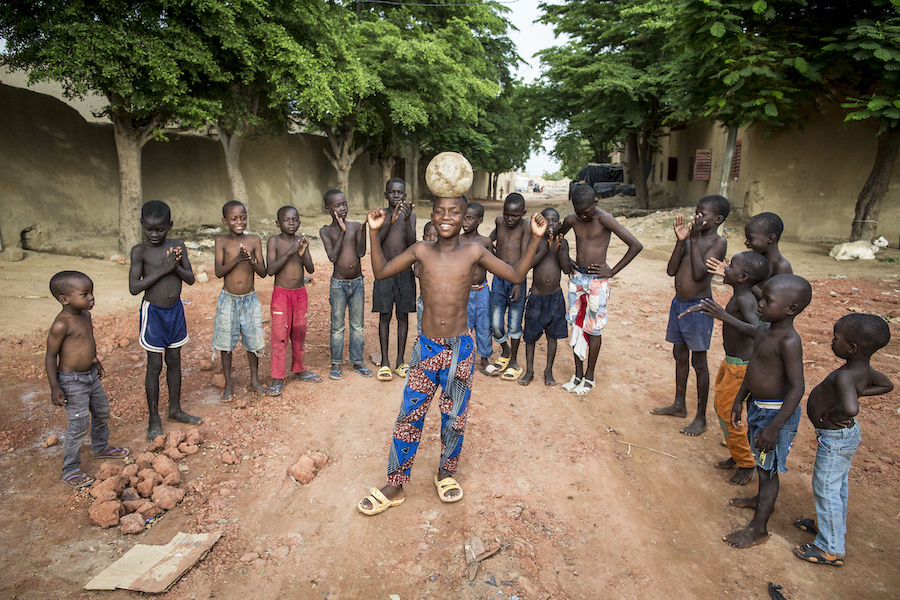 Alou Keïta is one of 3,800 Back-to-School Child Ambassadors working in Mali to raise awareness among parents and kids about the importance of education. “Nothing will prevent me from telling my friends about the importance of education,” says the sixth grader who plays soccer with his classmates every chance he gets. “In a dugout, on a motorbike, on foot or through a discussion on the radio, I will do everything to get the message out to parents to send their children to school.” © UNICEF/UN0286835/Dicko 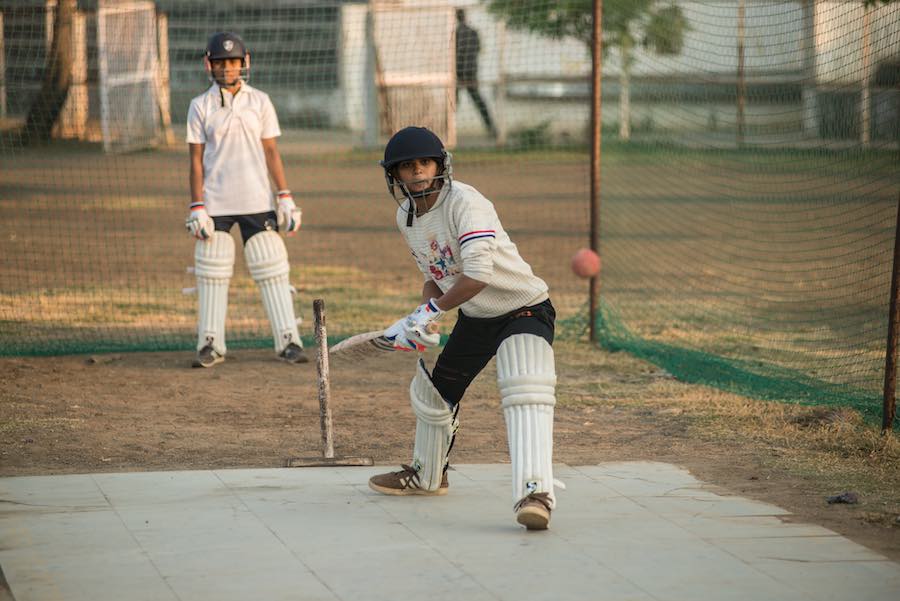 Bharti Sonkar, 18, gets in some early morning batting practice with her cricket team. Launched as part of a UNICEF-supported campaign to promote sports and physical fitness among girls, Bharti's team empowers girls from tribal communities in India, bolstering their defenses against sexual haraassment and gender and caste discrimination, while encouraging them to exercise their rights to free expression and dream big. © UNICEF/UN0278939/Katragadda 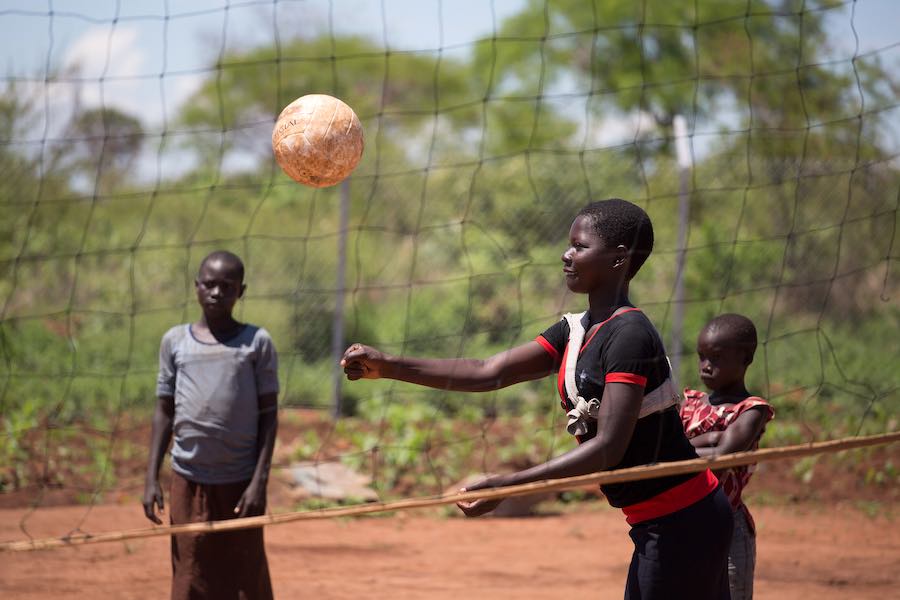 Girls who have fled the war in South Sudan play volleyball at a UNICEF Child-Friendly Space in Uganda's Bidi Bidi Refugee Settlement. Conflict and famine in South Sudan have led to an exodus of refugees, the majority of them women and children. At UNICEF Child-Friendly Spaces in Uganda, some 90,000 children from South Sudan and the Democratic Republic of Congo, another nation besieged by conflict, are receiving the emotional support they need to heal from trauma: “When I play with my friends, I forget most of the bad things that have happened ever since I left home,” says one 15-year-old refugee. © UNICEF/UN068527/Oatway 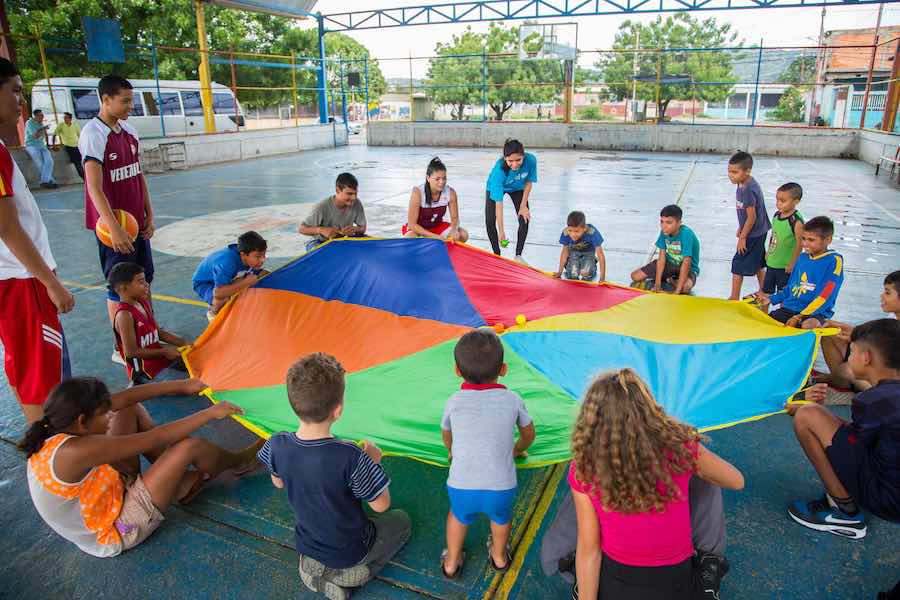 UNICEF Venezuela staff play with children at one of the UNICEF Child-Friendly Spaces that has opened since 2018 to give children relief from the violence and deprivation of their communities. In these warm and welcoming environments, children and adolescents get a vital reprieve from the struggles of their daily lives as they play and learn in safety. © UNICEF/UN0278105/Párraga 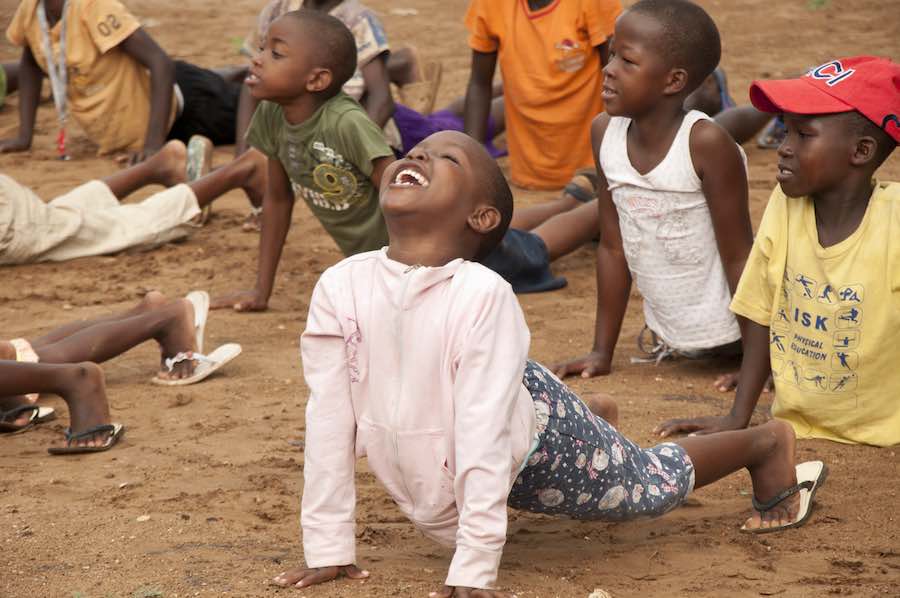 Doing the cobra pose is fun for this little girl from Kenya. It's also a great way for her to cope with chronic stress. UNICEF has used yoga to complement counselling therapy in assisting children who have experienced trauma. @UNICEF/David Mutua 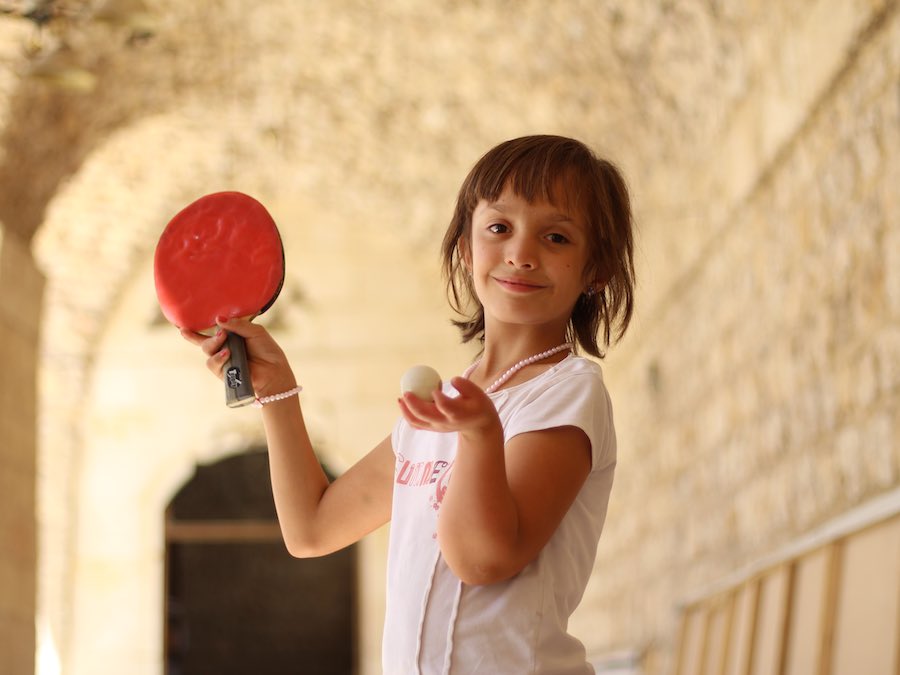 Bayan, 11, has loved playing ping pong for as long as she can remember. Though she and her family were forced out of their home in Aleppo, Syria, she refuses to let the war there or her disabled arm hold her back. Thanks to cash assistance her family received from UNICEF, her family could afford to enroll her in table tennis lessons. “She used to be very shy and would keep to herself,” Bayan’s mother, Amina, said. “Now she’s more confident; she spends her days practicing table tennis with other children." © UNICEF/UN073998/Al-Issa 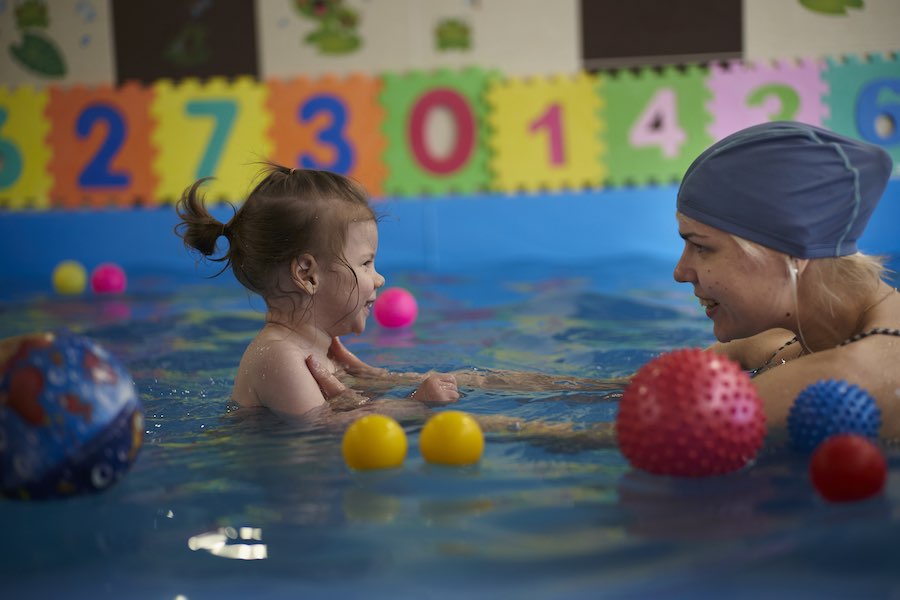 In Minsk, Belarus, three-year-old Agatha has an aquatherapy session with her rehabilitation swim teacher at a pool with facilities for children with disabilities. Agatha has cerebral palsy, but thanks to UNICEF's support for inclusion programs for children with special needs, she gets lots of support and equal opportunities to play. Agatha's mom takes her to an early childhood intervention (ECI) center, where she participates in fun activities that aid her development. UNICEF is supporting government efforts to adopt national legislation to establish ECI centers in municipalities with at least 15,000 children so that kids like Agatha can get everything they need to thrive. © UNICEF/UN0218171/Noorani

Top Photo: For World Children's Day, kids who live in an orphanage in Southeast Côte d'Ivoire jumped for joy when they were given the chance to take over their dance class. © UNICEF/UN0257542/Diarassouba