In Photos: The Universal Power of a Mother's Love | UNICEF USA

In Photos: The Universal Power of a Mother's Love

Every mother wants what's best for her children. A happy childhood. A good education. Quality medical care. The chance to grow up feeling safe and loved and to reach their full potential.

Loving mothers give their all so their children can get a good start in life. When circumstances beyond their control make it impossible for them to do it on their own, UNICEF is there to help, providing health services, vaccinations, safe water, nutritional support, education and more.

For Mother's Day, a look at some caring moms around the world who are raising their children to be the strong, healthy leaders of tomorrow, with help from UNICEF — and you. 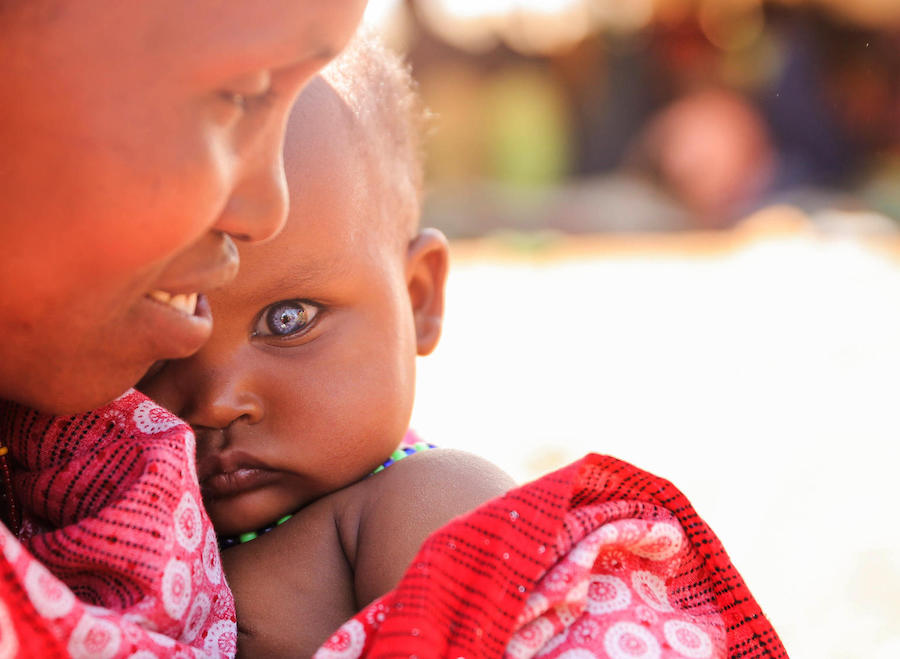 Mother of seven Habiba Biyow Roba, 35, holds her 8-month-old daughter, Sumeya, close at the UNICEF-supported Berak camp for internally displaced persons in Ethiopia's Oromia Region. UNICEF and partners are working in the region to address the needs of 2.9 million Ethiopians — including 1.5 million children — displaced by political conflict, and to provide medical and legal support for women and children affected by gender-based violence. © UNICEF/UN0278267/Mersha 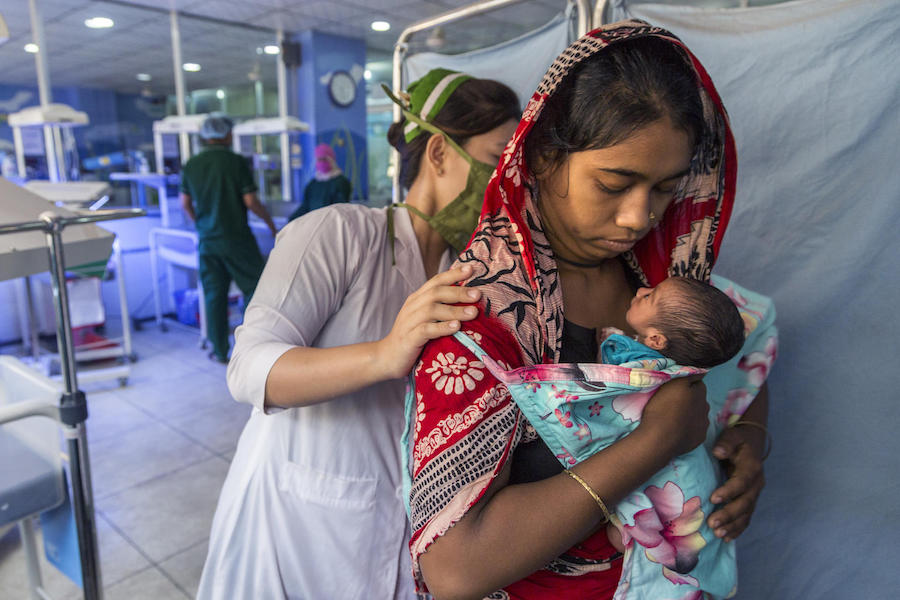 Chased out of Myanmar with their families in 2017, half a million Rohinyga refugee children and their families are now living in refugee settlements in Cox's Bazar, Bangladesh, and more are being born every day. In February 2019, a newborn baby is tended by 19-year-old mother Sharmin Akhter and a nurse in the Special Care Newborn Unit (SCANU) at the Patuakhali Sadar Hospital in Cox's Bazar, Bangladesh. UNICEF provides technical assistance to the Ministry of Health and Family Welfare in Bangladesh, developing management protocols of sickly newborns and standard operating procedures for the SCANU. © UNICEF/UN0284329/LeMoyne 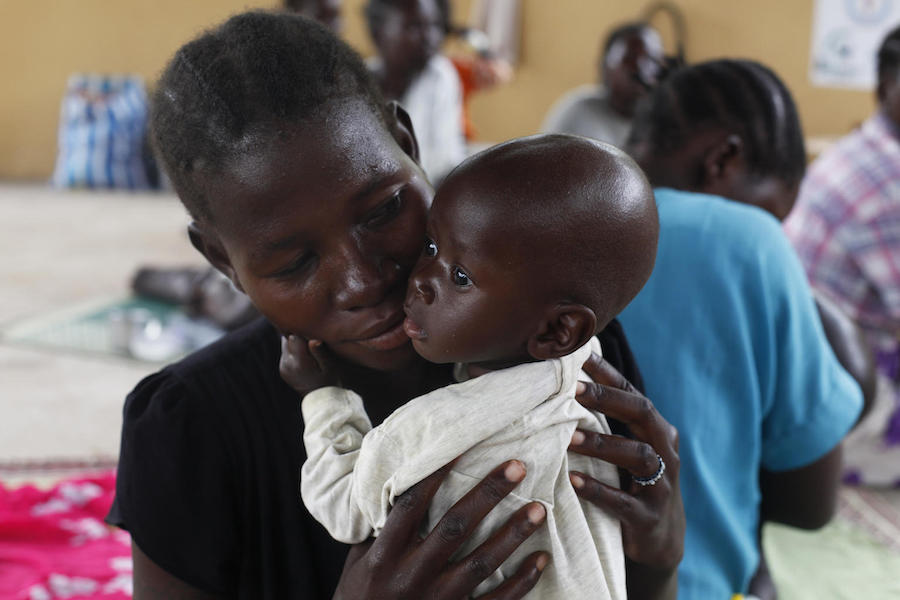 Mothers will go without food before they'll let their babies go hungry. Mary Anthony, 24, brought 9-month-old Garang to be treated for malnutrition at the UNICEF-supported Al Sabah Children's Hospital in Juba, South Sudan in November 2018. Relentless conflict and insecurity in South Sudan has left 60 percent of the population without enough to eat. UNICEF and partners send rapid response teams and emergency supplies by helicopter to regions not accessible by road or cut off by violence.  © UNICEF/UN0272219/Campeanu 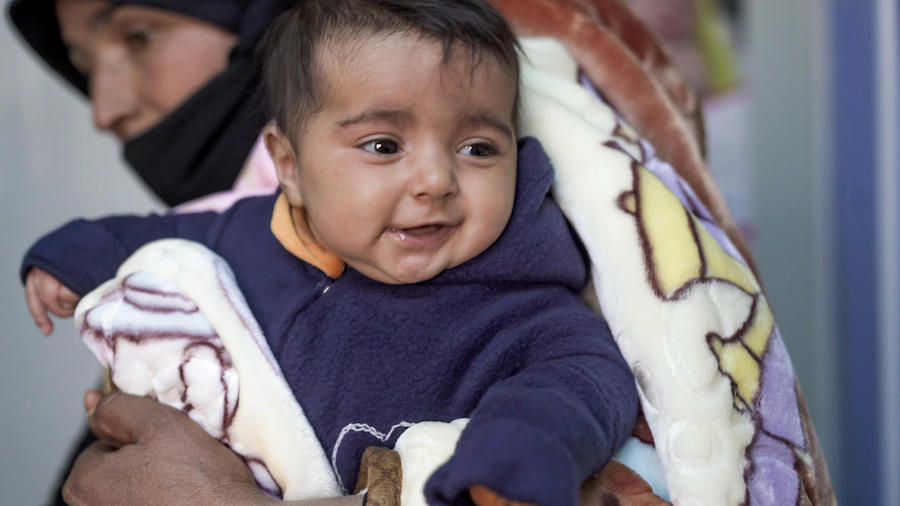 Three-month-old Hala lives with her mother, Fasel, and six siblings in the remote Rukban settlement near Syria's border with Jordan. Fasel brought  Hala to a UNICEF-supported clinic for treatment of a cold and diarrhea. "She's always hungry. I don't produce enough milk because I have no food," Fasel said sadly. Hala's fleece jumpsuit was made by Syrian refugee women and youth who participated in a UNICEF-backed sewing workshop in Za'atari Refugee Camp in Jordan. The trained workers produced more than 1,000 winter clothing kits for babies for distribution by UNICEF and partners to the most marginalized children in Jordan and Rukban. "I am very happy with the clothes for my baby," said Fasel. "Now she will feel warm." © UNICEF/UN0285614 Around the world, mothers who were subjected to female genital mutilation are taking a stand, with UNICEF's support, and protecting their daughters from this harmful practice. "I am a survivor but it makes me proud to say that my girls aren't circumcised," says Chifra Woreda, with her daughters Kedija, 2 (left) and Hawa, 5, in Ethiopia's Afar Region. © UNICEF/UN0281341/Tadesse 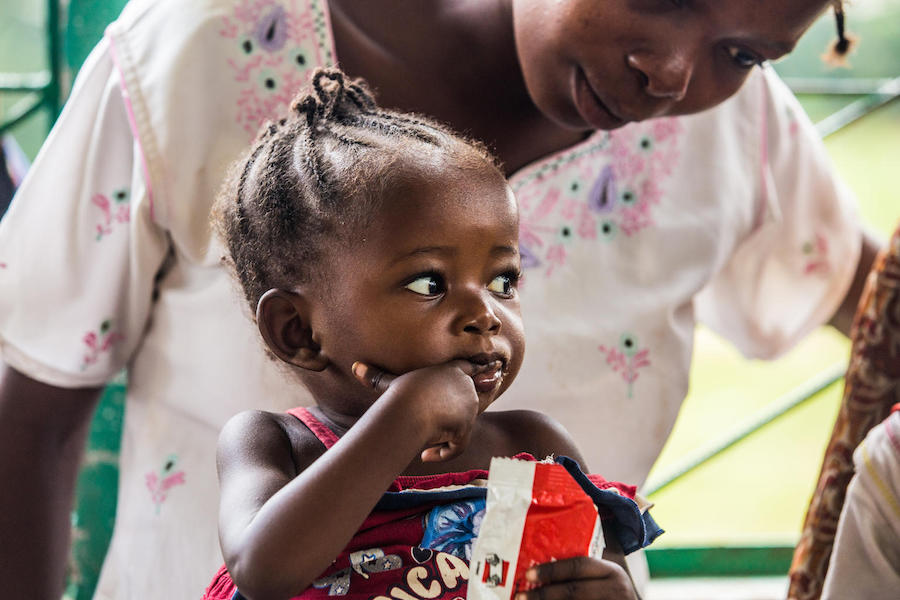 During a regional ceasefire in the Democratic Republic of the Congo (DRC), UNICEF and partners rushed to intensify distribution of Ready-to-Use Therapeutic Food (RUTF). An estimated 13 million people across the DRC are facing emergency levels of food insecurity. The mother above brought her baby girl to be treated for malnutrition at the UNICEF-supported Mama Mwilu Health Center in Kananga, Kasai-Occidental province, DRC. © UNICEF/UN0271212/Tremeau 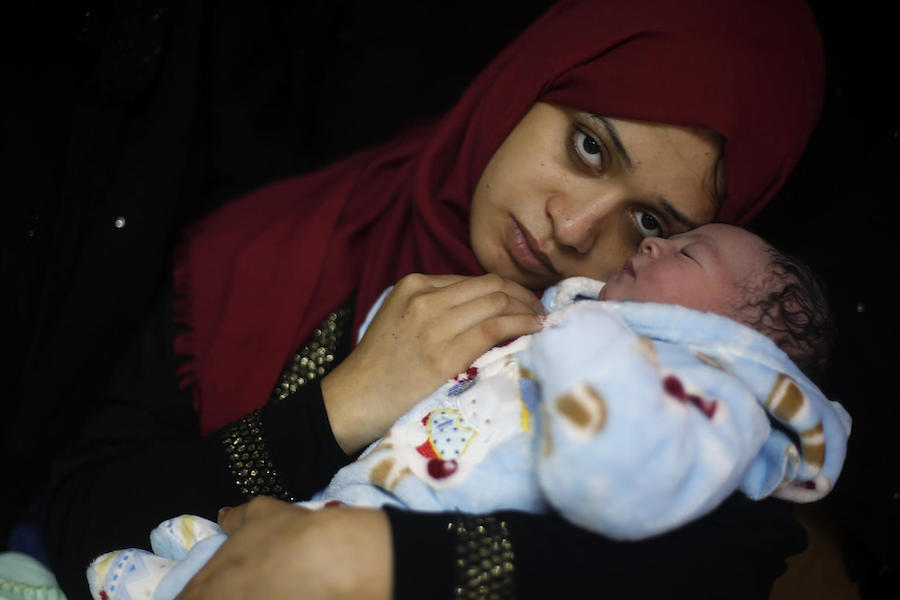 Samia's baby boy, Mohammed, was born on New Year's Day, 2019 at Al Shifaa Hospital in Gaza City, Palestine. "Nothing can describe how happy I am, but I'm worried about my baby's future," the young mother said. The socio-economic and humanitarian situation in Palestine is dire for children, largely as a result of the ongoing conflict. In 2018, UNICEF supported improved health and nutritional services for more than 262,000 children under 5 and pregnant and lactating women in Gaza, and provided school supplies and materials for 33,000 young students. © UNICEF/UN0269480/Albaba AFP-Services

This Mother's Day, honor the loving moms in your life by supporting UNICEF's lifesaving work on behalf of children around the world.

Top photo: In March 2019, a mother cuddles her little girl after she receives her vaccinations in the village of Alibeit in southern Chad. For every child, love. © UNICEF/UN0291799/Frank Dejongh