On May 1, the Paul G. Allen Family Foundation announced the winners of the Ebola Response Accelerator Challenge, with UNICEF as one of three humanitarian organizations receiving support.

The Accelerator Challenge is designed to provide rapid funding to accelerate the use of innovative approaches for overcoming the insecure conditions and community distrust that are undermining the ongoing response to the Ebola outbreak in the Democratic Republic of Congo (DRC). The DRC is facing the world's second largest outbreak of Ebola, with over 1,400 cases in the eastern region of the country.

"The Ebola Response Accelerator Challenge received dozens of innovative proposals, illustrating the urgent need for assistance to tackle this growing outbreak," said Jody Allen, Chair of Vulcan Inc. and Trustee of the Paul G. Allen Trust. "The communities and responders in the DRC deserve attention, assistance, and support from the global community. Governments and private funders must invest at this critical juncture; it's up to all of us to stop Ebola."

The Foundation’s partnership with UNICEF will leverage U-Report, a free, two-way SMS social monitoring tool and local radio. Through U-Report, UNICEF will ensure that target populations are informed about the risks of Ebola and have the tools they need to protect themselves and their communities, while soliciting real-time community feedback that will make response efforts more targeted and effective. 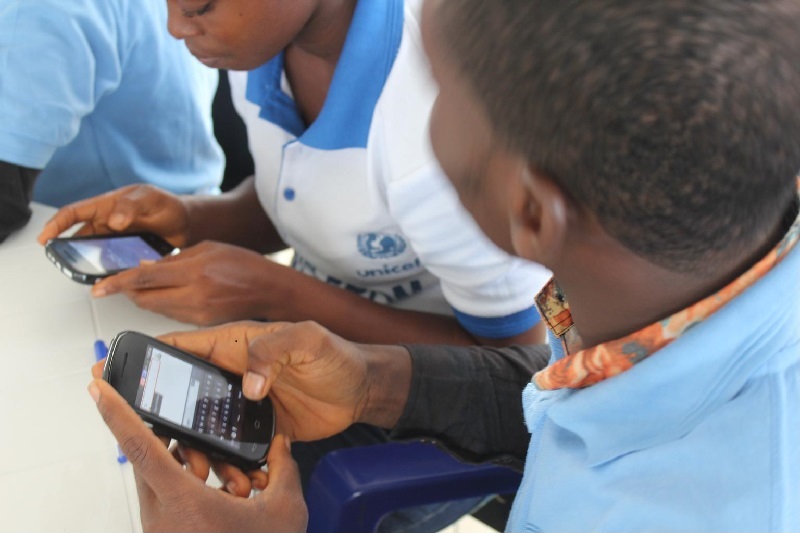 When launched in response to the West Africa Ebola outbreak in 2014, U-Report allowed users to ask questions about issues, to get real time answers, and to share information with other U-reporters across the country. © UNICEF/UNI173706/Griggers

"UNICEF and partners have been working day in and day out to address the world's second largest outbreak of Ebola in the Democratic Republic of Congo (DRC). In our work to control the spread of disease, support children and families, and provide safe water and sanitation, it's clear that innovations are needed to best meet the needs of affected communities. Thanks to the generosity of the Paul G. Allen Family Foundation, UNICEF and partners will be able to mobilize effective community engagement through U-Report, a free SMS social messaging tool that allows community members to speak out and engage with critical emergency issues. Together, this impactful partnership will continue to save lives and support healthier futures in the DRC," said Caryl M. Stern, President and CEO, UNICEF USA.

Also receiving grants as part of the Ebola Response Accelerator Challenge are: National Red Cross Society of the Democratic Republic of the Congo/International Federation of the Red Cross and Red Crescent Societies and World Health Organization, in partnership with the Université Catholique du Graben.

The Ebola Response Accelerator Challenge is part of a larger effort from the Paul G. Allen Family Foundation to prevent outbreaks from becoming pandemics. In 2014, Paul Allen was the single largest private donor to the West Africa Ebola response, committing $100 million to contain the spread of Ebola and get to zero cases.

Photo at top: On August 11, 2018, Jean-Pierre Masuku, UNICEF’s Ebola Outreach Officer in North Kivu in The Democratic Republic of the Congo, discusses Ebola prevention with a girl in Ebola-affected Beni. © UNICEF/UN0228983/Naftalin