One Year After Irma, a Focus on Weathering the Next Storm

On the anniversary of the first of two devastating hurricanes that hit the Caribbean in 2017, a look at how UNICEF is helping vulnerable islands better prepare for extreme weather — and make sure children stay protected.

On Sept. 6, 2017, Hurricane Irma roared across the Atlantic — bringing widespread destruction to Anguilla, Barbuda, the British Virgin Islands, Turks and Caicos, the Dominican Republic, Haiti and Cuba. Just two weeks later, Hurricane Maria swept through Dominica, Guadalupe and Puerto Rico, compounding the region's woes and requiring UNICEF and its partners to redouble their efforts to bring lifesaving aid to the hundreds of thousands of people who had been impacted. 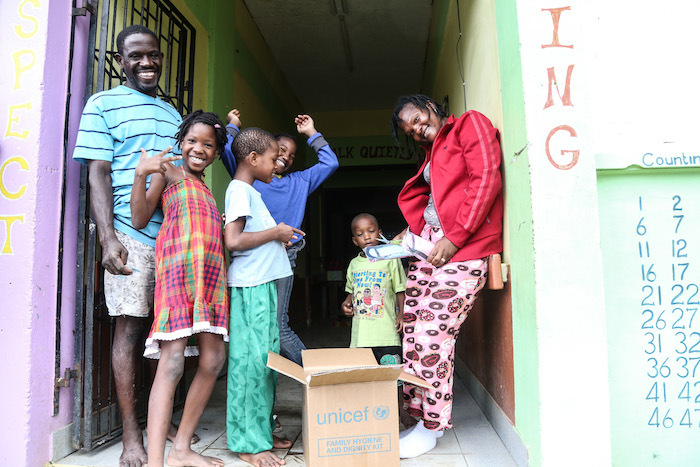 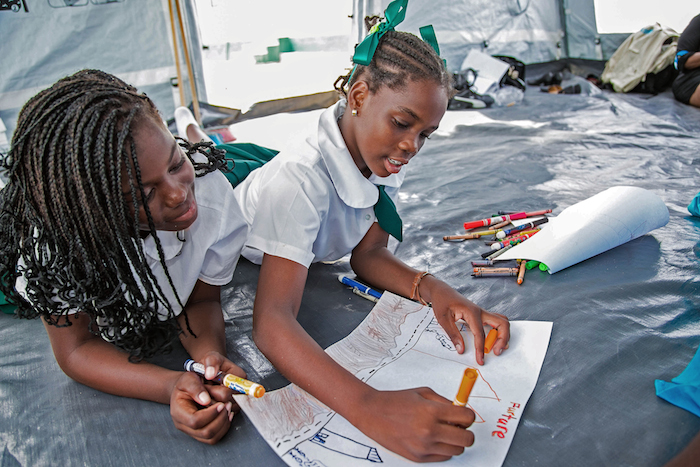 Two girls in Anguilla drawing during a “Return to Happiness” session, designed to help kids get back on track after Hurricanes Irma and Maria devastated the island territory and many of its neighbors. ©UNICEF/UN0180293/Ward

In the months since, UNICEF has been working with governments and local NGOs to develop longer-term solutions to the “new normal” of severe weather — strengthening emergency preparedness and local capacities for disaster risk management, and developing “shock-resistant” social protection systems, so that when the next disaster strikes, children can be kept out of harm’s way and their basic needs can be met.

In Dominica, for example, teachers and students worked together to create contingency plans specific to their own schools in advance of this year's hurricane season. Students built 3D models mapping their school compounds, noting any dangers or vulnerabilities.

The chief aim of this effort, Dominica’s Chief Education Officer Melena Fontaine explained, was to make sure all schools have a basic school emergency operation plan that everyone — students, principals, teachers, ancillary staff — can understand and become familiar with, "so that whatever hazard comes our way, we know what it is we must do to safeguard life and property.” 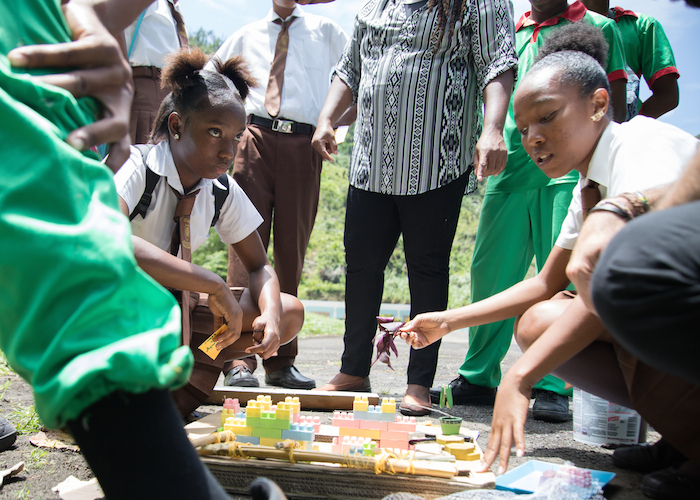 Students at Community High School in Roseau, Dominica, use building blocks to develop a disaster contingency plan for their school in the wake of Hurricane Maria, which left 90% of all school buildings on the island damaged or destroyed. The plans are part of a disaster preparedness initiative supported by UNICEF in partnership with the local government, the European Commission and IsraAID. ©UNICEF/UN0218020/Harris

Ahijah, a 15-year-old who attends North East Comprehensive School in Wesley, said he remained "terrified" of what the next hurricane might do, but is reassured by the disaster planning and preparedness training he received after Hurricane Maria.

Sheranda, a 15-year-old student at Community High School in Roseau, was also happy to participate in the process. “I feel better prepared this time,” she said. 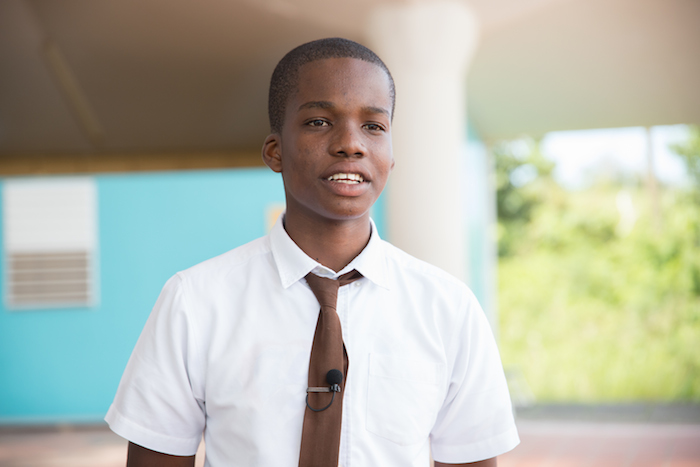 While hurricane season still terrifies him, 15-year-old Ahijah of Dominica says he was reassured by the disaster training offered at his school, North East Comprehensive, as part of a UNICEF-supported initiative. "During Hurricane Maria, I was horrified to hear those winds howling like wolves in the sky, and houses flying away and people dying," he said in a recent interview. Next time, he added, "It's going to be different." ©UNICEF/UN0218553/Harris

The first part of this year's Atlantic hurricane season has been quiet — some say too quiet — producing nothing close to last year's string of storms, which together caused an estimated $200 billion in damage.

Support UNICEF’s efforts to build resilience and mitigate the effects of weather-related disasters on vulnerable children and families. Your contribution can make a difference.

Top photo: Two girls from Barbuda hold school supplies and other items they received from UNICEF after Hurricane Irma devastated their island home, forcing them to flee to Antigua with many other children and families. ©UNICEF/UN0121377/Gonzales