Town halls are a great way to stay informed about the priorities of our legislators. NYC Congressional Action Team (CAT) members attended Representative Espaillat's Town Hall and then continued to foster a relationship through an in-person meeting at his office in Harlem.

New York City is a hub of UNICEF support. Not only does the city host the national headquarters of UNICEF USA, it is also home to 21 UNICEF high school and university clubs, and over 3000 registered UNICEF volunteers. The New York Congressional Action Team (CAT) engages with Members of Congress to cultivate strong champions for children.

In last year’s elections, many new Members of Congress were elected. As soon as the freshmen senators and representatives took office in January, the work began for the CATs to establish relationships with them and their offices, in order to build support for UNICEF and find ways to work together to protect the world’s children.

One of these freshmen representatives was Adriano Espaillat, Representative for New York’s 13th District and the first formerly undocumented immigrant to serve as a Member of Congress. Our first interaction with the Congressman and his staff was in February. Four members of the New York CAT team were lucky enough to attend his Town Hall meeting, which provided us the chance to establish a relationship with him and his office – and even pose for a picture together. At the Town Hall we connected with the Congressman’s staff, and after a few emails we managed to schedule a meeting with David Baily, Deputy Chief of Staff for Community Affairs. 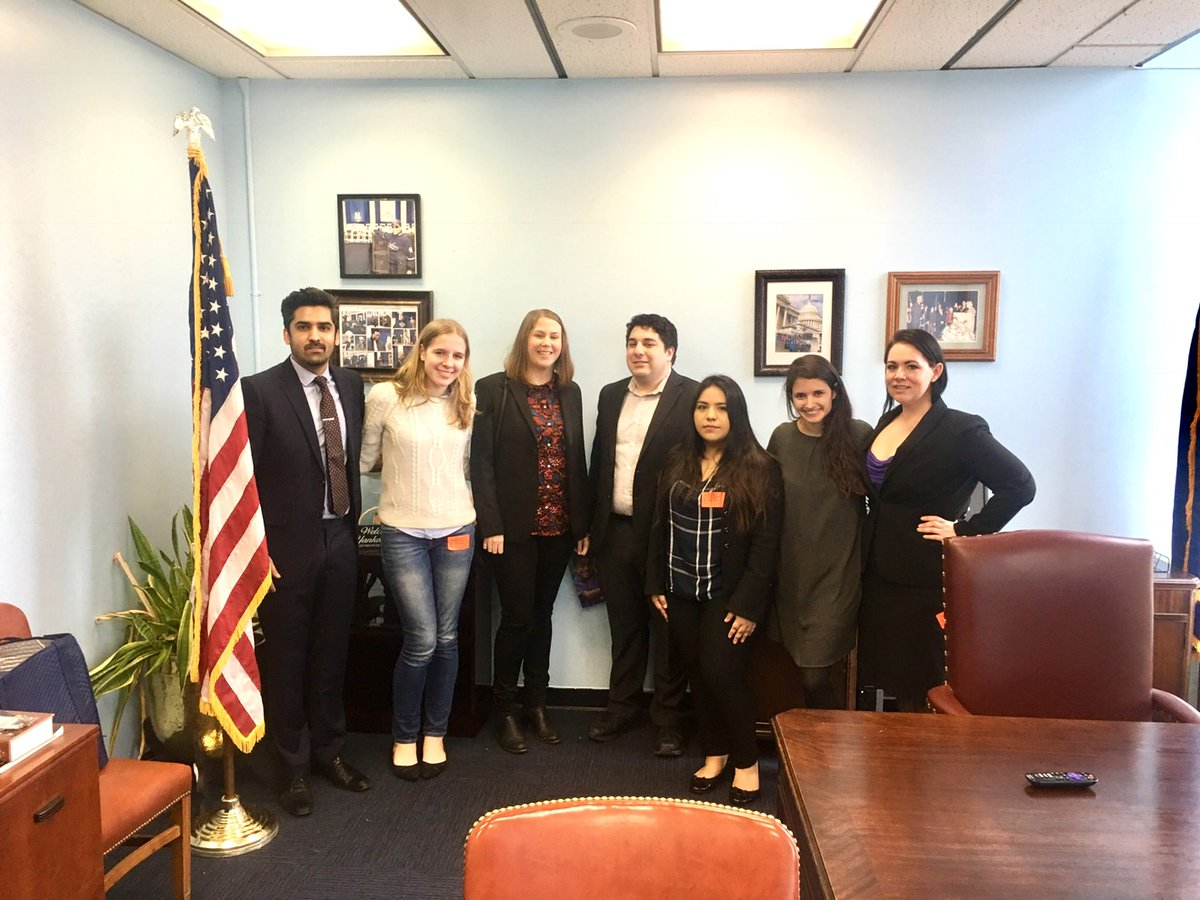 During the meeting, we learned about the Congressman’s previous work for children and families, as well as his intention to support continued foreign aid and funding for international organizations. We were able to share with David our own personal stories and our reasons for working with UNICEF to put children first. We also provided him with some key facts and figures about the important work that UNICEF is doing, both in the U.S. and abroad. David noted that having such facts and examples on hand is a great help to the Congressman in upcoming debates and discussions. One of the most important things we can do as advocates for UNICEF is to share and spread stories of the work that UNICEF is doing and how it helps protect the world’s most vulnerable children.

It was very rewarding to meet with Congressman Espaillat’s office, and we look forward to working together in the future to ensure that all children have a chance to not only survive, but thrive.