Nova Ukraine Is Making a Difference for the Children of Ukraine

Eight weeks since the start of the war in Ukraine, nearly two-thirds of Ukraine's estimated 7.5 million children have been forced out of their homes by violence. As of April 20, more than 5 million refugees, mostly mothers and children, have crossed the border into surrounding countries such as Moldova, Poland and Romania, according to UNHCR, the UN’s lead refugee agency.

Since its founding in 2014, Nova Ukraine, a California-based Ukrainian diaspora organization, has promoted its mission to provide humanitarian aid to the people of Ukraine and to raise awareness about Ukraine in the United States and globally.

At the onset of the war, Nova Ukraine airlifted and delivered emergency aid, including 32 tons of medical supplies, packaged meals and lifesaving first aid kits to people in Ukraine and Ukrainian refugees. To deepen the impact of its support for the people of Ukraine, Nova Ukraine decided to partner with UNICEF USA’s ongoing work to address the plight of vulnerable children and families in Ukraine and neighboring countries.

The campaign aims to raise $2 million to strengthen the reach of UNICEF programs, scale up emergency operations such as setting up Blue Dot Centers, help deliver nutrition and safe water, and support the safety and protection of children and families in Ukraine and in surrounding countries. Working with UNICEF USA, Nova Ukraine has galvanized communities in the U.S. to stand together in support of relatives, friends and others who have been impacted by the brutal war in Ukraine. A child plays with UNICEF staff at a Blue Dot safe space in Romania. © UNICEF/UN0622176/Holerga

Partnering with UNICEF USA will allow us to rapidly assist children with critical needs. — Yulia Zi, co-founder of Nova Ukraine

UNICEF has over 140 staff members on the ground in Ukraine and is working to deepen its efforts to provide urgent assistance to children and families in need during this crisis. Collaborations with groups such as Nova Ukraine enable the UNICEF team to expand its outreach, broaden its services and intensify its impact for families who stay and those who are forced to flee the conflict. 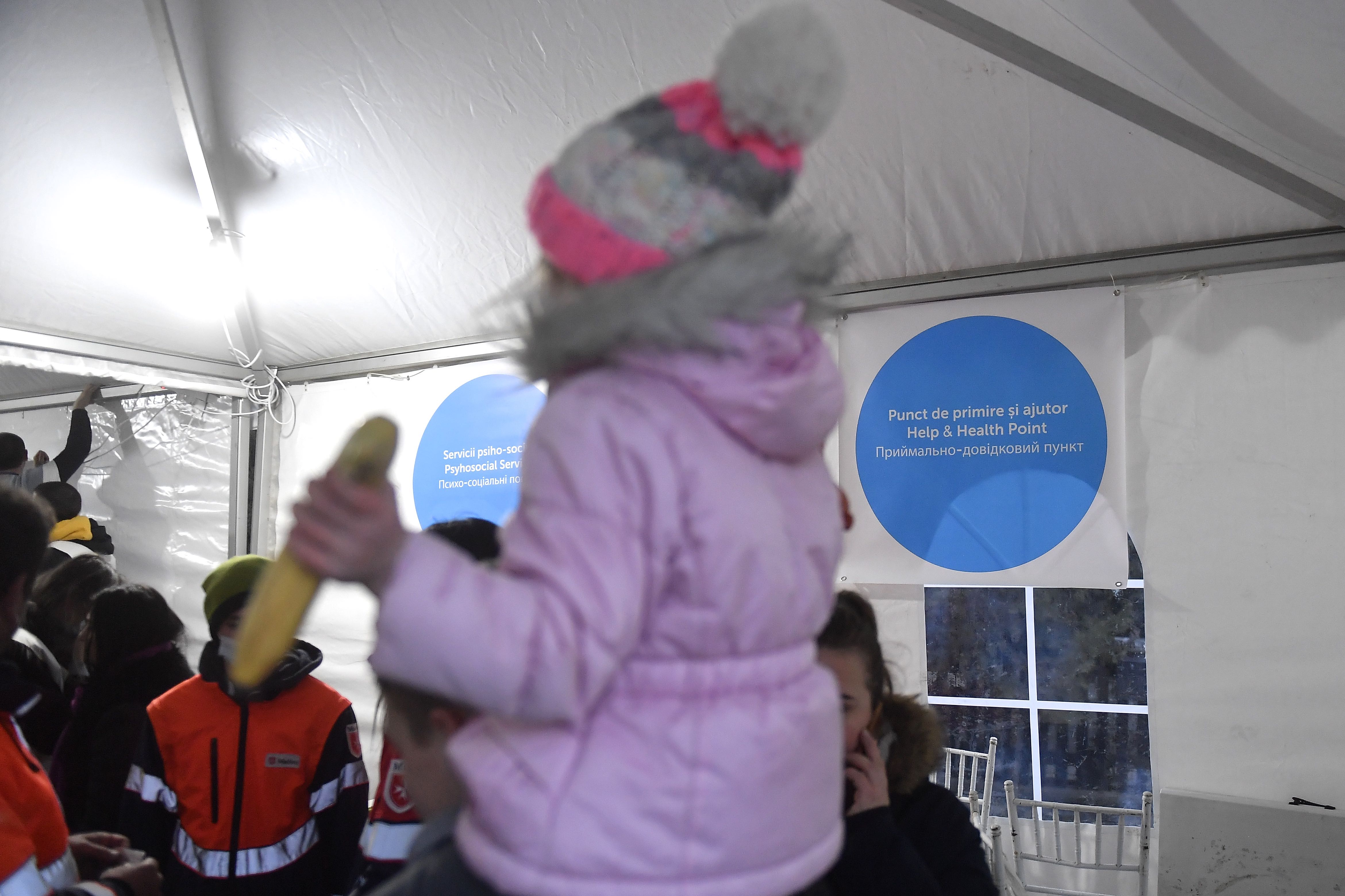 Volunteers help Ukrainian refugees inside the first Blue Dot center set up by UNICEF and partners in Romania. © UNICEF/UN0600990/Nicodim

“UNICEF USA is incredibly grateful for the support of organizations like Nova Ukraine, especially because they represent the concerns of the Ukrainian diaspora here in the United States,” said Leslie Goldman, Vice President, Global Cause Partnerships at UNICEF USA. “UNICEF can’t do this work alone. Such heartfelt efforts inspire our work and help us reach the most vulnerable.”

Contribute to Nova Ukraine's efforts to raise funds for the children and families of Ukraine and read about their Facebook Fundraiser today.

Together, we can make an impact for the children of Ukraine.

Anne-Marea Griffin and Arantxa Moreno are on the Global Cause Partnership/ Diaspora and Multicultural Partnerships team at UNICEF USA. For partnership inquiries, please email: amgriffin@unicefusa.org and amoreno@unicefusa.org

Top Photo: In Kyiv, Ukraine, a girl looks at an apartment building that was heavily damaged by shelling during the escalating conflict. © UNICEF/UN0597997/Skyba for The Globe and Mail

UNICEF does not endorse any organization perspective, company, brand, product or service.