No End in Sight: The Plight of Rohingya Refugees, One Year On

Cox's Bazar, Bangladesh is now home to the largest refugee camp in the world. Relief efforts by UNICEF and partners have reached many children and families in need, but there's a lot more work to be done. The monsoon rains won't make it any easier.

Nearly a year has passed since an abrupt escalation in violence sent hundreds of thousands of Rohingya fleeing Myanmar's Rakhine State for neighboring Cox's Bazar, Bangladesh, prompting a massive emergency relief effort that continues to this day, with no end in sight.

By July 5 of this year, 706,000 had made the journey, overwhelming existing settlements and adding further strain on surrounding host communities. UNICEF estimates that 1.3 million people currently require humanitarian assistance, more than half of them children. 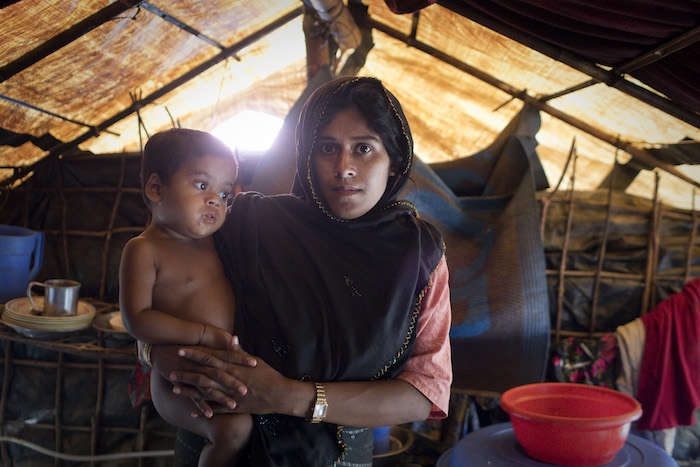 Monsoon rains are flooding homes in the Rohingya refugee camps in Bangladesh, complicating humanitarian relief efforts. Kalabana, above right, holds her 2-year-old daughter Janna, who was sleeping on a mat on the floor one recent night as water poured in, nearly drowning her. ©UNICEF/UN0218210/Modola

UNICEF and partners have been on the ground since the beginning, delivering clean water, health care, nutrition, education and other support. Much has been accomplished. More than 879,000 children have received the oral cholera vaccine, for example. Access to safe drinking water and sanitation has improved. More than 520 schools have been built and staffed. Psychosocial support services for traumatized children are in place.

And yet a lot more needs to be done. UNICEF and partners are working to increase capacity so they can deliver more immunizations, more therapeutic food for malnourished children, build more schools and latrines. 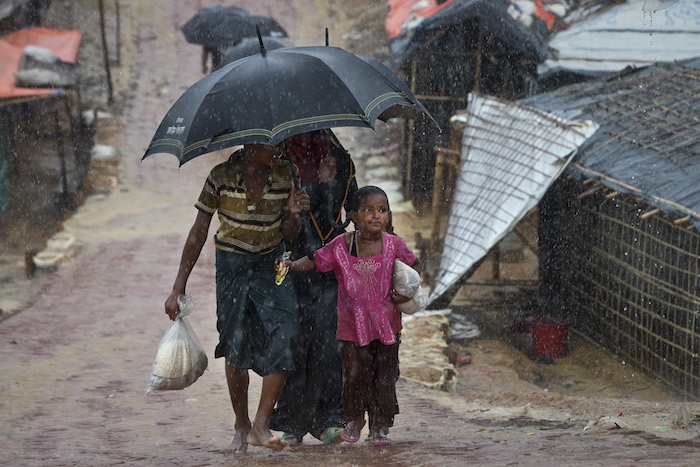 The onset of monsoon season has added new urgency to these plans. The heavy rains, which began in June and are expected to continue into October, bring landslides and flash floods, which can easily destroy makeshift shelters, health clinics and other support facilities, and increase the risk of waterborne disease.

While camp conditions across Cox's Bazar threaten to get worse, diplomatic efforts by the UN and the Bangladesh government to negotiate the safe return of the refugees back to Myanmar have stalled. The Rohingya, who are Muslim and have resided in the area that is modern-day Myanmar for centuries, have long been a persecuted minority in the predominantly Buddhist country. 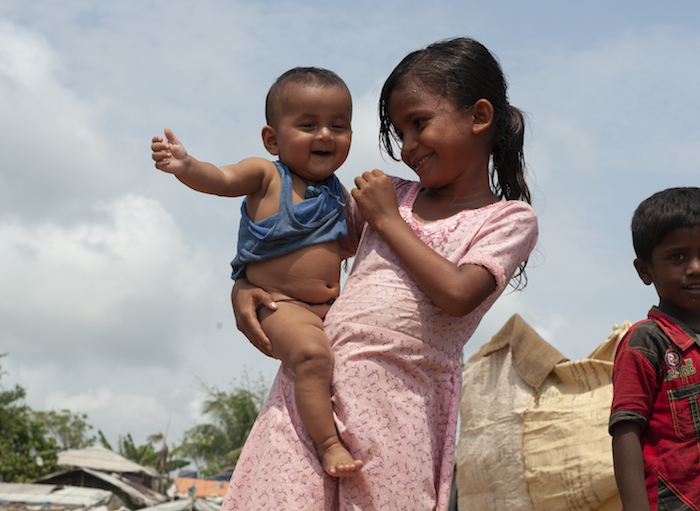 Umma, 5, and her 5-month-old baby brother are Rohingya refugees staying in Cox's Bazar, Bangladesh, now home to the largest refugee camp in the world. ©UNICEF/UN0205215/Sokol

Top photo: UNICEF support continues for Rohingya refugees like 7-year-old Murium, as the camps in Bangladesh brace for more heavy rains during the monsoon season. ©UNICEF/UN0219075/Modola