U.S. lawmakers maintain support for UNICEF and other critical programs for children with the passage of the 2018 spending bill.

The $1.3 trillion spending bill includes a $132.5 million contribution to UNICEF — money that will go toward disaster relief, maternal and child health, nutrition and a range of other important programs.

The Consolidated Appropriations Act for the fiscal year 2018 signals Congress's continued support for the world's children in several other key ways.

For example, the law:

UNICEF USA's advocacy efforts on behalf of the legislation paid off in other ways as well. References to early childhood development (ECD) were added to nutrition and education sections, encouraging USAID to promote ECD as part of those programs. And in its committee report, the Senate directs the Secretary of State and USAID Administrator to work with UNICEF and the Special Olympics to expand protections and opportunities for children with disabilities. 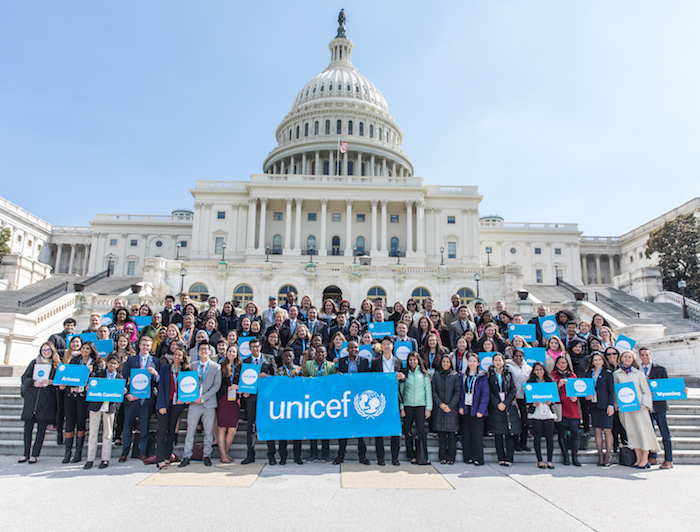 UNICEF receives no funding from the United Nations. It is supported entirely by the voluntary contributions of governments, nongovernmental organizations (NGOs), foundations, corporations and private individuals.

A big part of UNICEF USA's mission is to advocate for continued support for UNICEF and its efforts to save and protect children and families in need. We also generate additional funding support from our partners and donors. We thank all of our supporters for helping us reach our goals, year after year, on behalf of those children and families.

And we can't thank you enough.