Meet some of our most passionate UNITERs! | UNICEF USA
Donate

Meet some of our most passionate UNITERs!

For National Volunteer Week, we highlight some of our most dedicated and passionate UNITERs from all around the country, who won't stop working, advocating, and fighting for every child.

with congressional offices to schedule meetings and 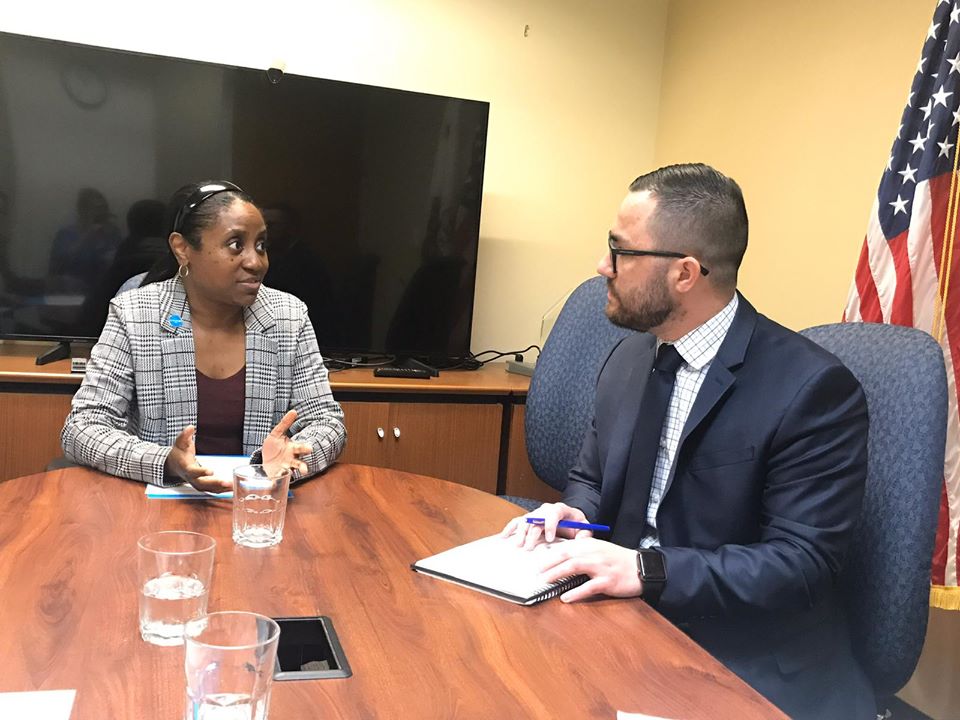 Jennifer Perkins started her service with UNICEF USA as a co-founder of the Southern California Congressional Action Team (CAT) in 2016. Since then, Jen has not only attended the most advocacy meetings hosted by the region, but has cultivated relationships with congressional offices to schedule meetings and lead volunteers in the meetings herself. She has served as a State Leader for UNICEF USA's advocacy day in Washington, D.C. from 2016-2019 and continues to lead advocacy engagements domestically as her team's UNICEF UNITE advocacy co-lead.

"Photography wants to tell a story. I want to show people doing things, taking action - handing out food at a food bank or meeting with representatives. If a meeting happens, you see the action of that meeting, the action of people coming together, of furthering the goals of the organization through photos. Shaking hands is not the meat of it- if someone is engaging someone else - that drives the story of what UNICEF is about. I want to capture the feel of why people constantly are on the frontlines for UNICEF."- Thor Radford Thor Radford has been a dedicated volunteer and advocate for UUSA’s regional and national initiatives. He joined the 2018 Summit to photograph Advocacy Day while still on crutches. Thor has also captured in-district meetings, volunteer events, and seasonal campaigns. Inspired by his daughter, Riley, (pictured above) who was a former Club member, Thor has volunteered his incredible professional skills as a photographer to tell stories of UNICEF’s work in Seattle.

"We created a brand new event called 'UNICEF Game Day' (a board game themed service project). To roll the dice, each team had to complete one of the various service projects. Some projects included making DIY winter hats out of old sweaters, making sock stuffed animals, and decorating cutout medals for children in local hospitals. We then donated our service projects to local nonprofits and hospitals serving children."- NGHS UNICEF Club As one of the largest clubs on the North Gwinnett High School campus in Suwanee, Georgia, with a membership of more than 250 students, NGHS UNICEF club has a robust and growing event planning and implementation capacity. During the 2019-2020 school year, they created a variety of events incorporating the passion and participation of their members and officers in order to create an impact around our school, community, and even the world.

"Kids are just looking for someone with passion. That's the kind of teacher I was, and that's the person I still am when I walk into a classroom to give a presentation on UNICEF. I want to broaden young people's vision. Most kids don't have much relation beyond their neighborhood, and I want to show them just how connected they are to other kids all around the world. But the reason they stay interested in UNICEF and start volunteering themselves is through the passion I have for what I'm talking about" - Betsy Hofmeister Betsy Hofmeister started volunteering for UNICEF in 1978 selling greeting cards alongside other Denver volunteers for UNICEF and has now been a true-blue supporter for 42 years. She has fundraised, educated in schools, and advocated for UNICEF's work around the globe in her local Denver community inspiring countless others to be global citizens. Today, Betsy remains a committed UNITER and continues to support the efforts of the UNITE team while keeping traditions of original Denver Volunteers for UNICEF in hand, like their annual Spring Luncheon. The community of UNICEF supporters is large and strong, largely due to Betsy and other's efforts who have been working for every child.