A Look Back: UNICEF USA Impact Through Advocacy in 2021

Year in and year out, UNICEF USA supporters pursue a more equitable world for children through advocacy.

Even in the midst of a devastating pandemic, 2021 brought new hope and opportunities for UNICEF to renew progress towards protecting children’s rights around the world. While UNICEF led procurement and delivery of COVID-19 vaccines through COVAX, the groundbreaking global initiative to distribute vaccine doses equitably, UNICEF USA supporters continued to speak out to U.S. government officials to advance the work of UNICEF to combat both the coronavirus and its harmful secondary impacts on vulnerable children and families.

Advocates also championed the Mental Health in International Development and Humanitarian Settings (MINDS) Act to support the integration of mental health into U.S. foreign assistance. We are proud to have seen the MINDS Act pass through the House Foreign Affairs Committee in December. This development brings us one step closer to securing support for global mental health services for children.

In March, our supporters rallied for UNICEF USA’s first ever virtual Advocacy Week, hosting a record-breaking 150 meetings with Congressional offices to urge Congress to allocate the annual U.S. government voluntary contribution to UNICEF within fiscal year 2022 appropriations. Thanks to these efforts, the House Appropriations Committee passed the FY22 State and Foreign Operations Subcommittee bill in July, which included full funding for UNICEF at the requested $134 million. 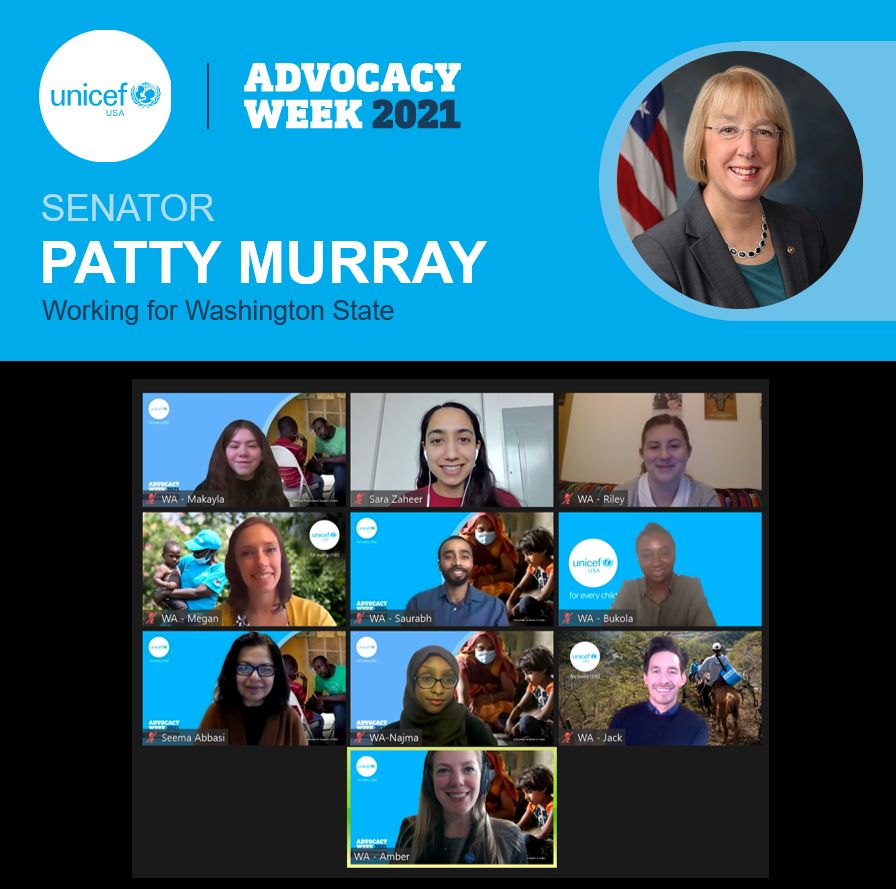 Congressional meetings continued throughout the summer to advocate for mental health services for children and improved access to quality education for children who were displaced from classrooms during the pandemic. The Keeping Girls in School Act was re-introduced this year after passing in the House in 2020 as an effort to address the barriers that  prevent girls from receiving long-term, quality education.

UNICEF USA’s advocacy efforts proved successful on a state level as well as a national level. The fight to end child marriage in the U.S. continued as UNICEF USA, alongside partners such as Zonta International, advocated for state-based legislation to protect children from the human rights abuse of child marriage. Early marriage is linked to increased risk of domestic violence, early pregnancy and hindered access to education.

This summer, Rhode Island and New York became the fifth and sixth states to sign a child marriage ban into law, making child marriage illegal for all children under 18 without exceptions. We celebrate this promising step forward for children in the U.S. and thank our supporters who continue to relentlessly advocate for such legislation in their home states. 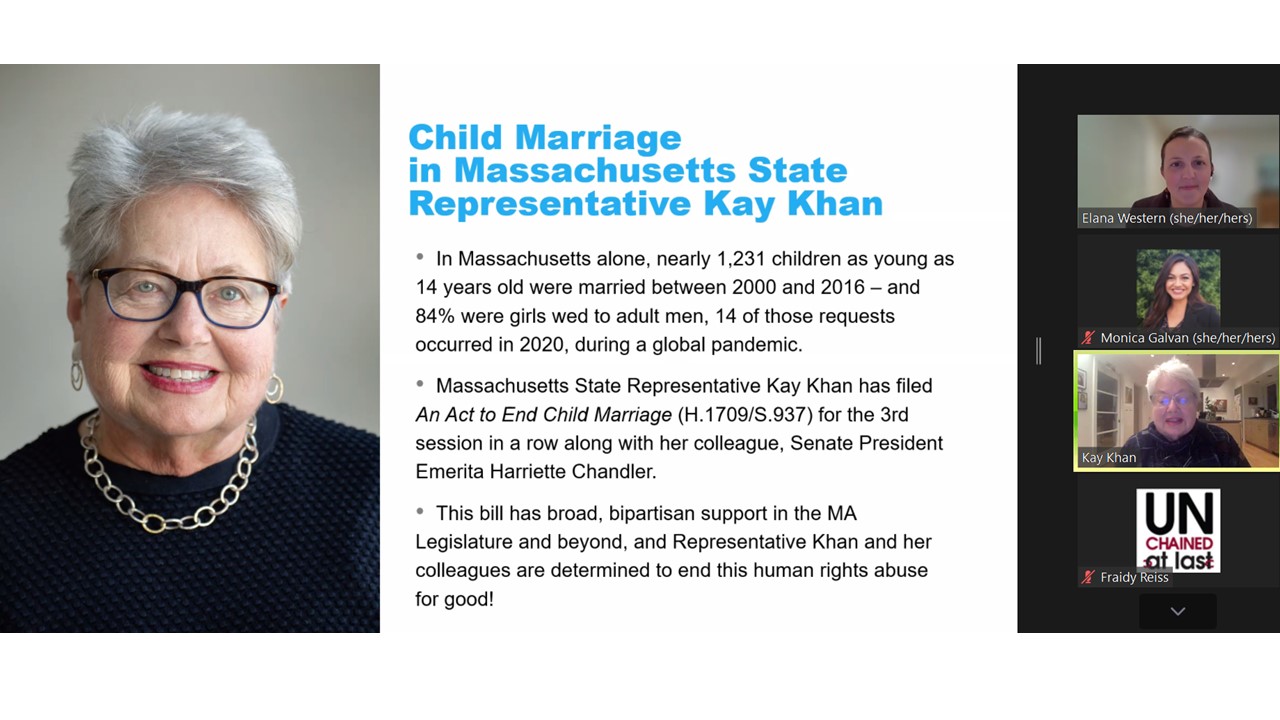 In November 2021, Massachusetts State Representative Kay Khan joined a UNICEF USA informational event to discuss why she is championing the end of child marriage in her state.

UNICEF USA collaborated with Senator Chris Coons (D-DE) and Senator Susan Collins (R-ME) and with Representative Sara Jacobs (D-CA) and Representative Brian Fitzpatrick (R-PA) to introduce Senate and House resolutions recognizing UNICEF’s 75th anniversary. These resolutions highlight 75 years of partnership to save and improve children’s lives around the world, and urge Congress to recommit U.S. support to ensure UNICEF’s lifesaving work continues to reach the most vulnerable children. We thank Congress, our supporters and our youth advocates for helping to celebrate this historic moment in their communities.

Thank you to all our supporters for your relentless efforts to restore hope and faith in a brighter future for every child this year. We look forward to advocating alongside you once again in 2022.

Top photo: School children in São Tomé and Príncipe, an island nation off the coast of Central Africa — and one of over 190 countries and territories where UNICEF works to protect vulnerable children. © UNICEF/UN0418198/Tremeau