To much of the world, the conflict that has terrorized the people of the Central African Republic (CAR) since 2012 is a forgotten crisis. But to the 43,000 children of the nation who are suffering from malnutrition, the pain is all too real.

Jacqueline Tchebemou, a UNICEF-supported doctor at the Bangui Pediatric Center, is working to save as many of them as she can. But because the hospital’s pediatric ward is the only one in the country, many children go untreated or don’t make it there until it’s too late.

"It's really sad because it's an illness that can be prevented,” says the doctor, who as a mother herself, is deeply affected by those who are beyond help. But thanks to UNICEF's go-to treatment for malnutrition, Ready-to-Use Therapeutic Food (RUTF), Tchebemou can give many of her little patients a new lease on life.

Sometimes referred to as the “worst humanitarian crisis you’ve never heard of,” the situation in CAR has gone largely unnoticed by much of the world. But in recent months, the country, which ranks second to last of 189 countries on the United Nations’ Human Development Index, garnered more attention as it became increasingly dangerous for children.

This year, the number of people requiring humanitarian assistance rose 16 percent — just as funding for relief decreased, jeopardizing the lives and futures of the 1.5 million children who rely upon humanitarian aid.

Some 2.1 million people live with food insecurity. Nearly a million children live without safe water. Less than half of all children are immunized against life-threatening yet preventable diseases. The violence has shuttered over 30 percent of the country’s schools and produced thousands of child soldiers who have either been forced to fight or signed up because they had no other means to survive.

The government and warring militias, which control most of the country, signed a peace agreement in February. But the security situation and disastrous humanitarian conditions could reignite the conflict. 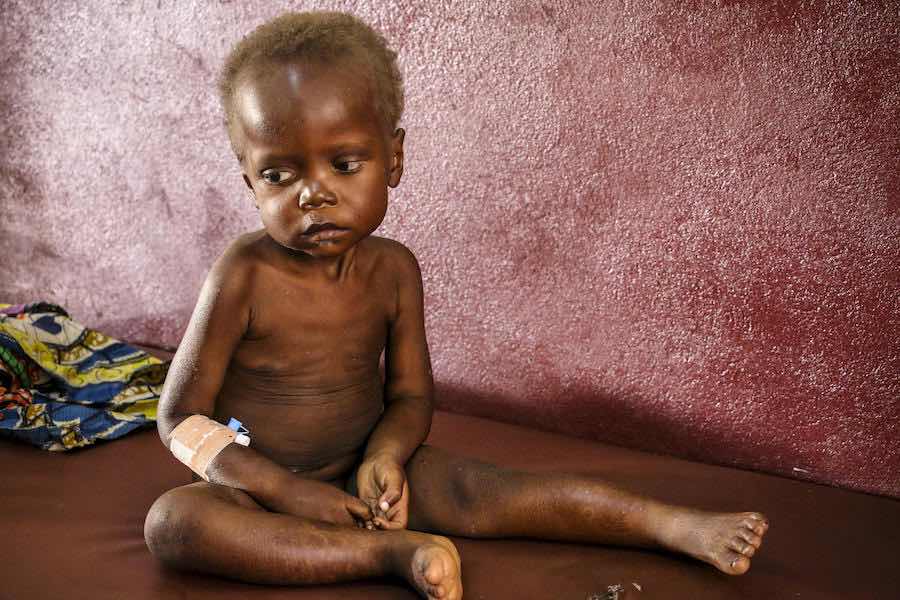 Though hopeful signs are still few and far between, doctors working at the Bangui Pediatric Hospital now report that more parents are taking advantage of the fragile peace to seek care for their children, like 3-year-old Pierre, above. That is definitely cause for optimism given the country's major malnutrition crisis.

When children arrive, they are greeted by doctors like Tchebemou, who evaluate them and work to stabilize those who are very ill.

Children who are too weak to eat are given fortified therapeutic milk. Once they are stronger, they move on to RUTF, which UNICEF used to help treat 3.4 million children for severe acute malnutrition in 2018. RUTF is an energy-packed paste made from nuts, oil, sugar and milk powder. Because each 100-gram serving also contains all the vitamin and mineral supplements that a malnourished child needs to recover, parents can simply open the packet, feed it to their children then marvel at how quickly the tasty treatment helps them feel better.

RUTF is so effective it has become known as a miracle cure among parents like Prosper, who saw it work wonders for his son. 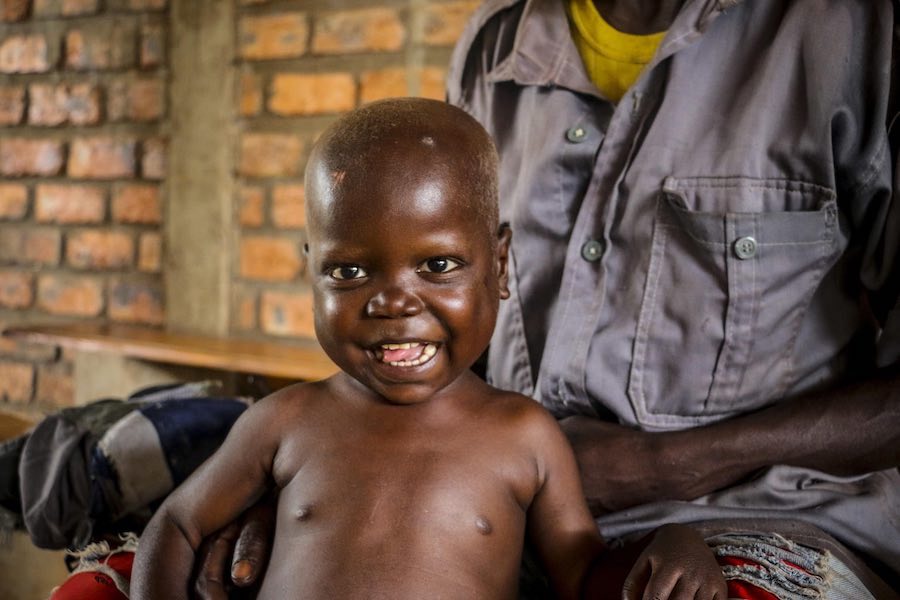 The day Prosper carried his emaciated son on the seven-mile walk to the Bangui Pediatric Center, the little boy, Pierre, was so malnourished that his father feared he wouldn't survive the journey. The toddler weighed just 19 pounds and was severely dehydrated from recurring bouts of diarrhea. But once the doctors stabilized him and started him on a diet of RUTF, Pierre grew stronger by the day. After ten days, Pierre was able to go home and continue his treatment as an outpatient at the health center near his village. There, for the next few weeks, Pierre received regular check-ups and a steady supply of RUTF, which transformed him into the happy, smiling toddler above.

In 2019, UNICEF is aiming to treat 30,570 severely malnourished children like Pierre. To counter the misinformation that can also be hazardous to a child, UNICEF is working to reach nearly 60,000 parents and caregivers with information on health and nutrition services that are there to help.

With your support, UNICEF can reach every malnourished child in need — and provide other lifesaving support including ....

— Deliver health care to over 80,000 adults and children under 5 who are living in temporary settlements for those displaced by conflict

— Help 110,000 children heal from the trauma of war through emotional support services and access to UNICEF child-friendly spaces

— Give 3,000 children who’ve been released from armed groups the care, support and services they need to reintegrate within their communities and resume their educations