It All Starts With a UNICEF Club: Volunteer Cynthia Yue's Story

Meet Cynthia Yue, 22, one of UNICEF USA's most passionate volunteers, who shares how she was able to put her passion for advocacy, youth empowerment and human rights to use through UNICEF.

Cynthia is the definition of someone who wears many hats. A steadfast youth leader, changemaker and someone who has chosen to dedicate her life to the greater good, her accolades and accomplishments range from United States Senate Legislative Intern and Feed America First Volunteer to UNICEF Congressional Action Team member, UNICEF Youth Representative, UNICEF National Youth Council member and Youth Ambassador in the 74th United States General Assembly.

Last May, she was also chosen to be one of 30 young people to participate in the first-ever Mental Health Youth Action Forum at the White House and she is currently getting her master's degree in public policy at Harvard University.

She also happens to be an expert nickname giver, as anyone that’s worked with her knows (a quick side note: she still only refers to me as Jen, The Mother Hen). Oh, and last year she served as U.S. Youth Observer to the United Nations. 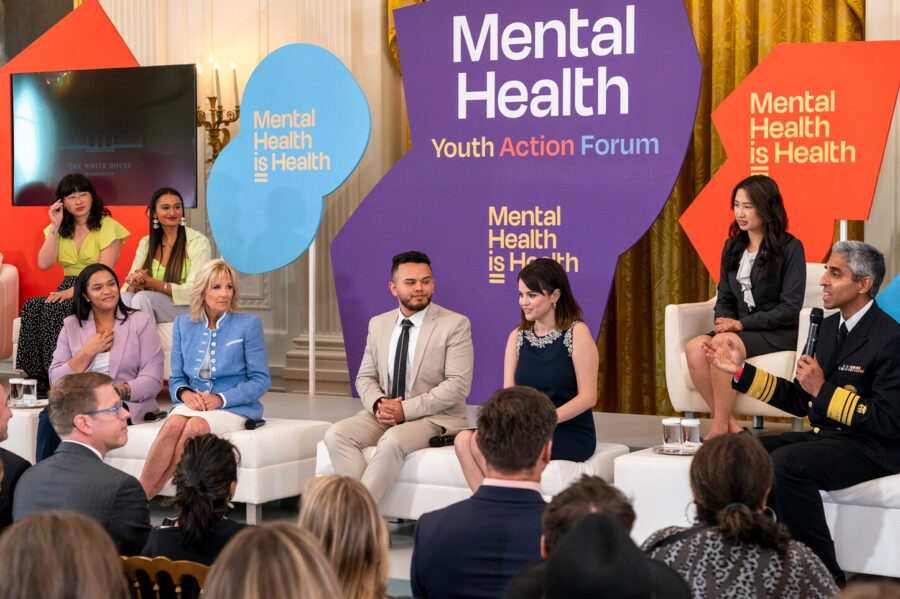 Now you might be wondering, where did this all begin?

Her UNICEF Club. Better yet, the UNICEF Club she founded at her high school, Central Magnet High in Murfreesboro, Tenn. Not only was this the first-ever UNICEF Club at her school, it also happened to be the first in the state.

At the time, only a few of her classmates knew what UNICEF did, let alone that they could be a part of it. For many, it was a name on orange boxes that kids in costumes carried around while Trick-or-Treating. But few really knew what was behind it.

As a first-generation American, I grew up hearing the stories of all the atrocities that happened to my family in China. I think that UNICEF is one of the most effective agencies on the planet and they have saved more children's lives than any other organization in the world, so when we think about the impact that we can make by supporting organizations like UNICEF USA, it really is a lot.

Her decision to get involved with UNICEF and the UN was a personal one. “As a first-generation American, I grew up hearing the stories of all the atrocities that happened to my family in China. I think that UNICEF is one of the most effective agencies on the planet and they have saved more children’s lives than any other organization in the world, so when we think about the impact that we can make by supporting organizations like UNICEF USA, it really is a lot,” she says.

Cynthia knew she wanted to take action and create meaningful change. But how could she make a difference as a student in high school? 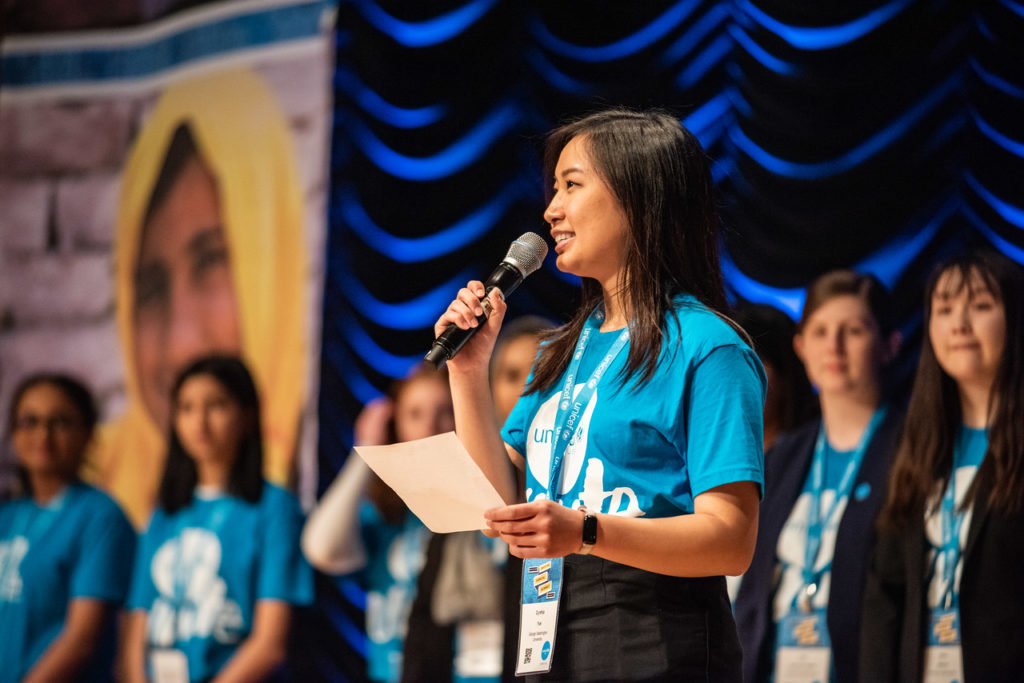 She needed resources, tools and a structure to create meaningful change. That’s when the idea for a UNICEF Club came to her. Seeing other young people on social media advocating, fundraising, building community and educating others on behalf of UNICEF USA and reading about UNICEF Clubs across the country — and even the world — in action, she knew she could do this at her own school.

She convinced a few of her friends and classmates to join her and together they spent their lunch breaks giving presentations to other students about UNICEF’s immunization work around the globe, planning fundraisers and awareness-raising events for World Children’s Day and taking legislative actions online to push for funding and policies for children.

Through their UNICEF Club, they honed their public speaking skills, led projects that became school-wide events and helped realize critical policy changes that were in the best interests of children. They also became part of a national community of other college and high school students around the country. And most importantly, they were building a club, a community and a group of friends at their school.

This community and these friendships led Cynthia to where she is now. Looking back on her past volunteer experience, the thing Cynthia is most proud of is "having the opportunity to meet other young people and changemakers who are paving the way for their communities.”

For her, it’s about “coming for the issues but staying for the people.” 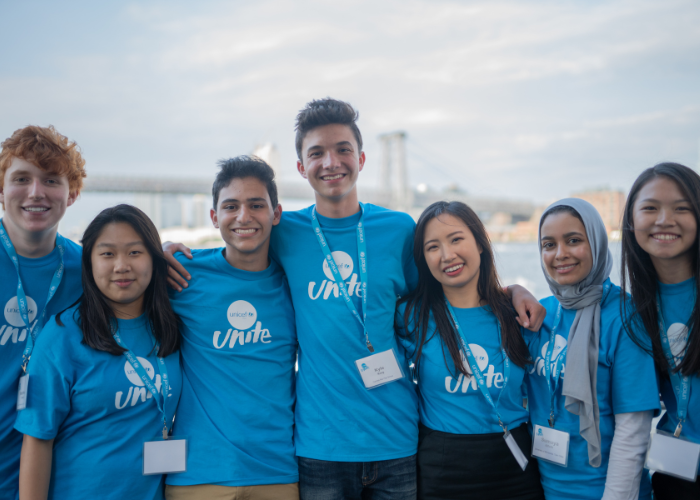 Young people are “the changemakers galvanized to make a difference for some of our world’s top priorities,” says Cynthia. “It’s up to people like us to take a stand and show other generations that we care about issues and are here to make a difference.”

It's important to be a part of the decisions that affect your community, your country and the world because quite literally everything is a compounding circular system and all the decisions that our leaders make today are going to impact our generation and the ones to come.

Youth- and child-facing issues are the top priorities for her right now. Whether it’s about representation, climate change, diversity, inclusion and belonging or anything in the mental health space, she sees her role as one of making tomorrow better than today.

“It’s important to be a part of the decisions that affect your community, your country and the world because quite literally everything is a compounding circular system and all the decisions that our leaders make today are going to impact our generation and the ones to come in ways that we’ve never seen before," she says. "So get out and vote, advocate and do everything that you can to volunteer to make your community and the world a better place.”

Her advice to young people who want to create change the world is not to start or join a UNICEF Club at your school tomorrow, but rather to “do what works best for you. Take all pieces of advice with a grain of salt. Throughout your life, you’re going to have a lot of people of all different ages and backgrounds tell you what they think you should do or what they think is best. But the reality is, we’re not a monolith and what works for you or me doesn’t necessarily work for our friends or our community.

"Be that person who is willing to challenge the norms and think of creative solutions that haven’t been done before. Loop in others with other mindsets and ensure you’re taking into account all points of view before making decisions.”

If you think starting a UNICEF Club is the right path for you, learn more and register here.