Dedicate an Inspired Gift and help make sure girls have what they need to keep learning — and reach their full potential.

The same week that the coronavirus forced nearly 300 million kids to stay home from school in South Korea, Iran, India, France and elsewhere — including the U.S. — UNICEF released a report showing strong gains for girls on the education front overall, compared to a generation ago.

A New Era for Girls: Taking stock of 25 years of progress — shared on the eve of International Women's Day (March 8) — reports that the number of girls who are out of school has declined by 79 million worldwide between 1998 and 2018.

Progress on ending gender-based violence and other harmful practices against women and girls were mixed, and vary region to region, according to the report. 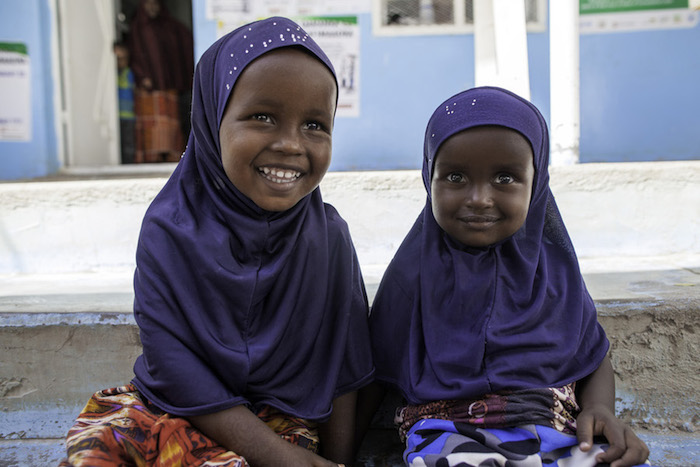 UNICEF won't stop until every girl has access to an education — and is able to learn in a healthy environment, safe from harm.

Supporters seeking a way to help further that mission have a number of options. One is to help provide learning materials and other supplies to girls and other students living in areas where resources are scarce — areas affected by conflict or crisis.

Dedicate a UNICEF Inspired Gift to a loved one

Through an online marketplace called UNICEF Inspired Gifts, you can have these supplies sent to a child or children in need in honor of a friend or loved one. Ordering is simple: Make a selection, add a personal note, complete the transaction. UNICEF notifies the recipient that you've given a lifesaving gift in his or her name as your shipment is delivered to children in need.

Send lifesaving supplies in the name of someone you love. Shop for UNICEF Inspired Gifts today.

Top photo: Students photographed walking through the playground outside their school in Moussoro, central Chad. The number of out-of-school girls declined by 79 million between 1998 and 2018, according to a new UNICEF progress report on gender equality. © UNICEF/UN0294709/Frank Dejongh