Innovating to Save Children's Lives

That teen glued to her cell phone in Liberia might be using it to pass on lifesaving information about the Ebola virus.

This is thanks to UNICEF’s Innovation team, which supports creative business and technology initiatives that can improve the lives of children struggling to thrive in the poorest places in the world. This week, UNICEF launched a new Global Innovation Center and Innovation Fund to help apply innovation to the lives of the children who most need it. 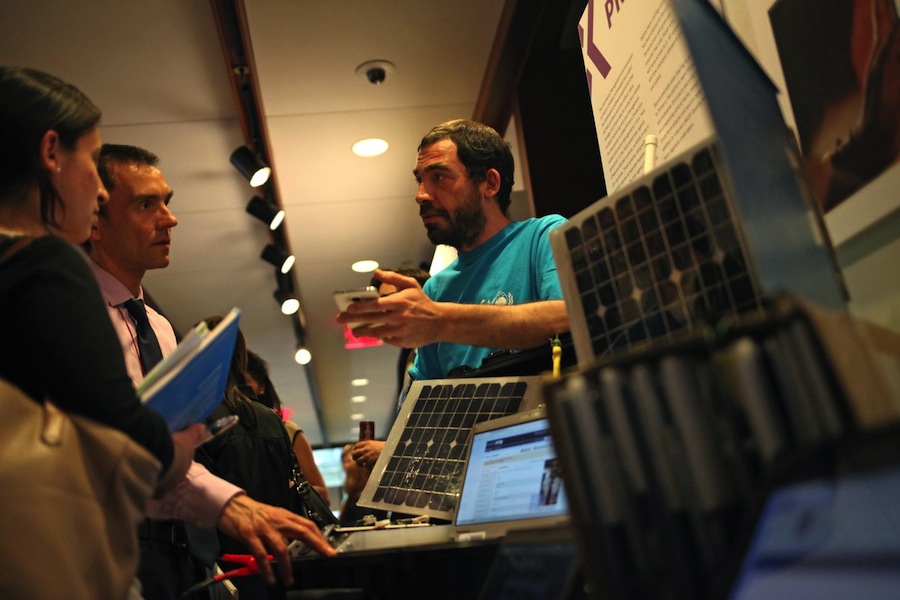 Attendees at the launch of the UNICEF Global Innovation Center and Innovation Fund learn about the UNICEF's Rapid FTR program, a versatile open-source mobile phone application and data storage system that streamlines and expedites documentation, tracing and reunification of unaccompanied and separated children. The system was used by aid workers in the Philippines in Typhoon Haiyan's aftermath.

“Innovations—using mobile technology to register births, sharing real-time data to improve education and health, and giving young people a way to connect with their governments—are already changing the way we work,” said UNICEF Executive Director Anthony Lake. “These are not just ideas anymore. They’re working, right now—helping us drive change for the children in greatest need.”

The Innovation Fund has raised over $9 million. There are approximately 300 innovative projects already in the works. 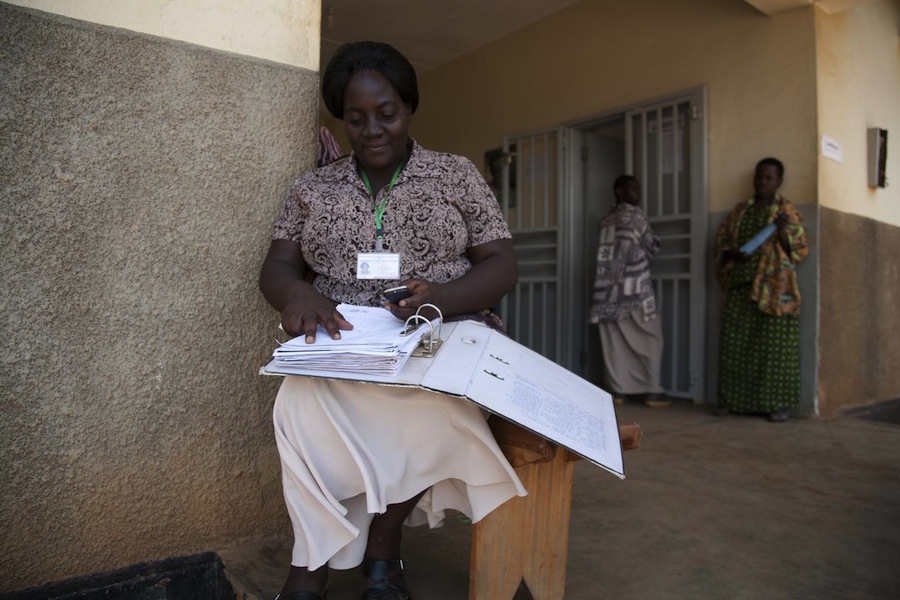 A nursing officer in Uganda uses the UNICEF mTrac system to collect and send public health data to the district office.

For example, EduTrac and mTrac are data collection systems that use basic mobile phones to get extraordinary results. EduTrac, which started in Afghanistan and aims to operate in seven counties by 2016, helped get 6 million textbooks to kids in Zimbabwe. And mTrac has helped connect desperately needed medical supplies to patients in Uganda.

U-Report, developed on RapidPro in Uganda in 2011, is an SMS program that empowers people in developing countries to speak out on issues they care about in their communities. U-Report now serves over 700,000 people in 14 countries. By the end of 2015, its use is expected to expand to 1 million people in 20 countries.

Internet of Good Things (IoGT) is a set of free, mobile-ready, web-based resources and applications, including one that places lifesaving health recommendations one cell phone-click away. Through various platforms, IoGT is distributed in nine countries and could be a force for change in up to 100 countries by the end of 2015.