UNICEF is calling for a halt to hostilities and the establishment of humanitarian corridors so staff can deliver emergency supplies, reunite families and evacuate the sick or wounded.

As military conflict in the Gaza Strip continues to escalate, children are caught in the crossfire. In less than 10 days, at least 60 children have been killed in Gaza and another 444 injured. The violence has forced nearly 30,000 children and their families out of their homes and into emergency shelters.

"Gaza’s one million children are reeling from the mounting consequences of violent conflict with nowhere safe to turn. Lives have been lost, and families shattered," UNICEF Executive Director Henrietta Fore said on May 18.

"UNICEF is calling for the immediate cessation of hostilities on humanitarian grounds to allow the entry of staff and essential supplies, including fuel, medical items, First Aid kits and COVID-19 vaccines," said Fore. "We are also calling for the establishment of humanitarian corridors so that we can deliver these supplies safely, so that families can reunite and access essential services, and so that the sick or wounded can be evaculated." 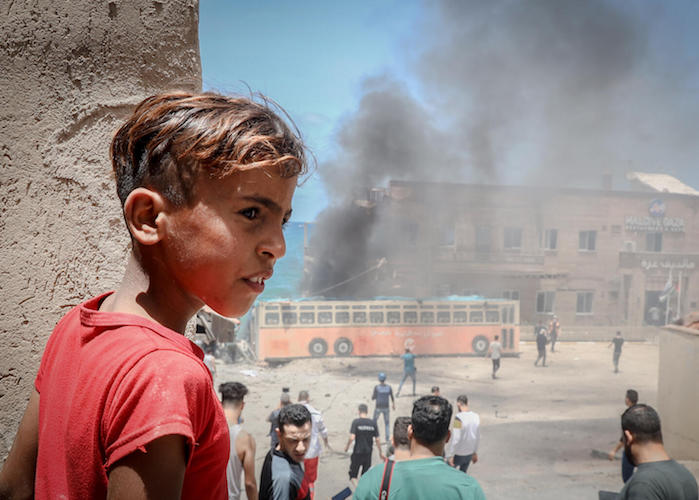 "There are many vulnerable people in the Gaza Strip right now, many civilians hurt and injured," Damian Rance, Chief of Communication & Advocacy at UNICEF State of Palestine, told Chicago's WGN News on May 18, speaking from Jerusalem. "We are trying to get medical supplies in there, water treatment supplies as well, fire extinguishers, First Aid kits. So the sooner we can get in there, the better."

What all children in the region need most is safety

. @UNICEF's Special Representative to the State of Palestine: "You need to remember that being a child in Gaza is...very difficult, even before this escalation." pic.twitter.com/LtNu28ueaP

"What we are witnessing is a level of trauma and destruction that is beyond belief," Lucia Elmi, UNICEF Special Representative to the State of Palestine, told MSNBC's Geoff Bennett, subbing for Katy Tur, on May 18.

"The scarcity of electricity and fuel over the past few days has also become more difficult, because without fuel, without electricity, it means the water system is being affected, including the sewage. So what children need the most today in Gaza and in the region including also in Israel is safety, a cease-fire, a cessation of hostilities." 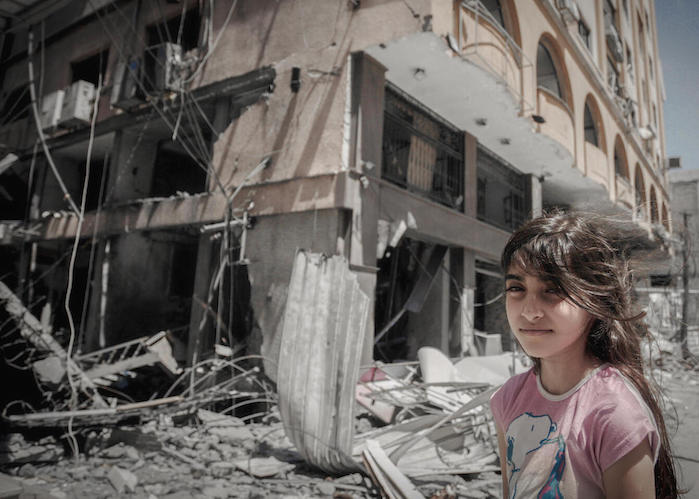 On May 17, 2021 in Gaza City, a Palestinian girl stands outside her family's damaged home while her parents hurry to remove some of their belongings. © UNICEF/UN0464417/El Baba

At least four health facilities and 40 schools in Gaza have been damaged. Some 48 schools — most of them run by the United Nations Relief and Works Agency for Palestine Refugees — are being used as emergency shelters by families seeking refuge from the violence.

An estimated 35,000 people need emergency water and sanitation services. Without them, they are more likely to contract potentially infectious diseases.

Each day the conflict continues, children will suffer 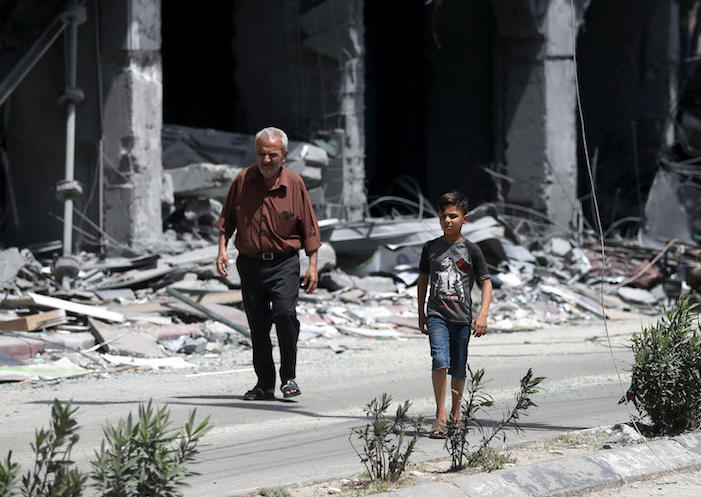 "Each and every day the conflict continues, children across the State of Palestine and Israel will suffer," said Fore. "These children need a cease-fire now, as well as a long-term political solution to the broader conflict. They deserve far better than this horrible cycle of violence and fear that has gone on for far too long.”

UNICEF works with partners to protect and care for children caught up in humanitarian crises around the world. You can help.

Top photo: On May 17, 2021, Palestinian children walk in front of a house that was targeted by the Israeli bombardment in Gaza City. © UNICEF/UN0464414/El Baba