"I Won't Sit on the Sidelines"

A daughter of the Caribbean looks back on Hurricane Hugo — and vows to do all she can to help those devastated by this year's barrage of devastating storms.

Rashida Petersen is the CEO and founder of 1847 Philanthropic. She has led major fundraising and development initiatives in Africa as well as expanding U.S. trade and investment in developing countries.

The white sands. The turquoise waters. The swaying palm trees. The curry-flavored eats. The soundtrack of soca and reggae that filled the air. And after a few tropical cocktails, the “don’t worry about a thing” you sang out loud, without a care. A likely description of your experiences and everlasting memories of your trips to the Caribbean. For many Americans, St. Maarten/St. Martin, U.S. Virgin Islands, Bahamas, Puerto Rico and other islands have become a second home — the nearby destinations to go to when you want to escape the concrete jungle.

Well, now that this season's hurricanes have unleashed mass destruction, our beloved paradises desperately need us.

Now that this season's hurricanes have unleashed mass destruction, our beloved paradises need us.

Monster hurricanes and their long-lasting effects are not new to me. About this time of year, in 1989, when I was a girl, my mother quickly grabbed a few of our belongings and whisked my brother and me to the airport to head to the U.S. mainland. We spent many months living with different friends and family members before heading to her home state of Colorado. We had survived Hurricane Hugo. But our home, St. Croix, was not as lucky. St. Croix was all but destroyed. There was no water, no food, no power. People were panicking. My mother had felt there was no choice — we had to flee. Dad stayed. Of course, we were some of the few lucky enough to get out. It was the months after the storm that presented the real challenge for the people of the U.S. Virgin Islands. 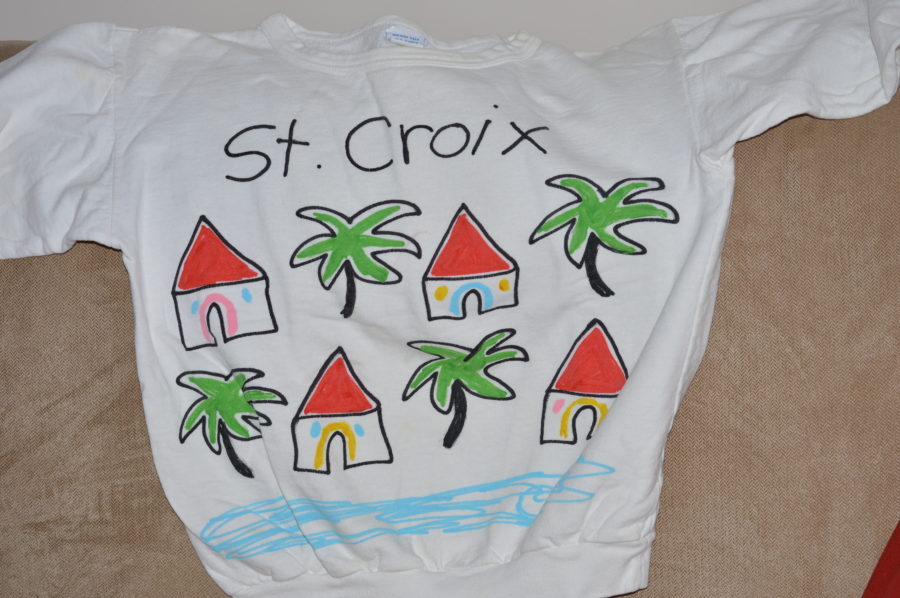 One of three special items I took with me when my mother and brother and I left St. Croix after Hurricane Hugo.

Thus for me, the visuals and stories from the aftermath of Hurricane Harvey provoked a feeling of anxiety and sadness I’d felt before. And then came Irma. I couldn’t sleep, fearing for the lives of my family still living in the U.S. Virgin Islands. I couldn’t get any information other than a few television reports on St. Maarten. The images of destruction evoked a familiar feeling of physical pain and fear — the same one from 1989.

My pain and fear stem from experiencing such an extraordinary storm, but also from knowing exactly what the road ahead looks like for Texans and West Indians — and now Puerto Ricans, devastated by Hurricane Maria. Recovery will take months, years. Harvey packed a powerful punch. Irma and Maria did the same, but to island nations whose preparedness, evacuation and recovery resources don’t even come close to what we have in the U.S. After Hurricane Hugo, it took months to get water and basic services back online and years for our islands and our people to “fully” recover.

The images of destruction evoked a familiar feeling of physical pain and fear.

For the past several weeks, I, like millions of Americans, have prayed for all the people whose lives have been upside-down by these violent storms. I’ve donated to causes that are helping them recover and rebuild. I've shared my first-hand experience with others, to help them better understand what survivors are up against. I will continue to pray, help locate the missing, and donate to recovery and rebuilding efforts, particularly in my beloved U.S. Virgin Islands and other Caribbean islands now beginning the long journey of picking up the pieces (literally) and getting back to life as they’ve known it.

Yes, pray for the Caribbean, but also volunteer if you can.

The Caribbean is my home. For millions of Americans, an island in the Caribbean has become a second home. So, yes, pray for the Caribbean, but also volunteer if you can; organize donation drives for much-needed items. Donate whatever money you can spare.

Banner photo: After Hurricane Irma caused severe damage in the Five Cays' settlement of Providenciales in the Turks & Caicos Islands, Anastasia, 7, built a little wooden bridge using debris from the storm. "I did this bridge myself so people can cross without getting wet," she explained proudly. "I know every place and everyone around here. Sadly, after the storm, everything is a bit smelly."  © UNICEF/UN0122368/Moreno Gonzalez