The potentially catastrophic storm—called the strongest in recorded history—has made landfall on Mexico's Pacific coast with winds of over 150 mph. UNICEF stands ready to support the Mexican government with emergency assistance.

The hurricane has been downgraded to a tropical depression. Damage, but no casualities, has been reported in coastal areas, as the storm made landfall in lightly populated areas. Authorities warn that potential for flooding and mudslides still exists.

Hurricane Patricia, a category 5 storm—the most powerful classification—has hit Mexico. The strongest storm on record in the Western Hemisphere, with winds of over 150 miles per hour as it made landfall, has produced significant coastal flooding. Mexico has closed schools and ports, and authorities have urged vulnerable populations to move to safety

UNICEF Mexico has been monitoring the storm, working to disseminate safety information, and preparing to provide aid to families and children in affected areas in the event assistance is requested by the Mexican government.

UNICEF has been working in Mexico since 1954, supporting child survival and development so that all children can reach their full potential. In the aftermath of an emergency, children need access to safe drinking water, sanitation, and essential health and nutrition supplies. The government of Mexico is well-equipped to respond to the hurricane, and UNICEF will support the Government’s efforts, as needed, to meet the basic needs of vulnerable children and families.

UNICEF has been assisting the government of Mexico to strengthen preparedness measures, reduce risks faced by children, and build resilience through risk analyses, emergency simulation exercises, coordination, and training. Throughout 2015, UNICEF has provided extensive training and capacity building in Mexico on disaster preparedness and emergency response, including state preparedness plans and disaster risk reduction in schools.

Reports from affected areas are limited, but UNICEF is poised to act as soon as the Mexican government determines what assistance it needs. We will keep you updated. Please support UNICEF’s emergency relief efforts for children. 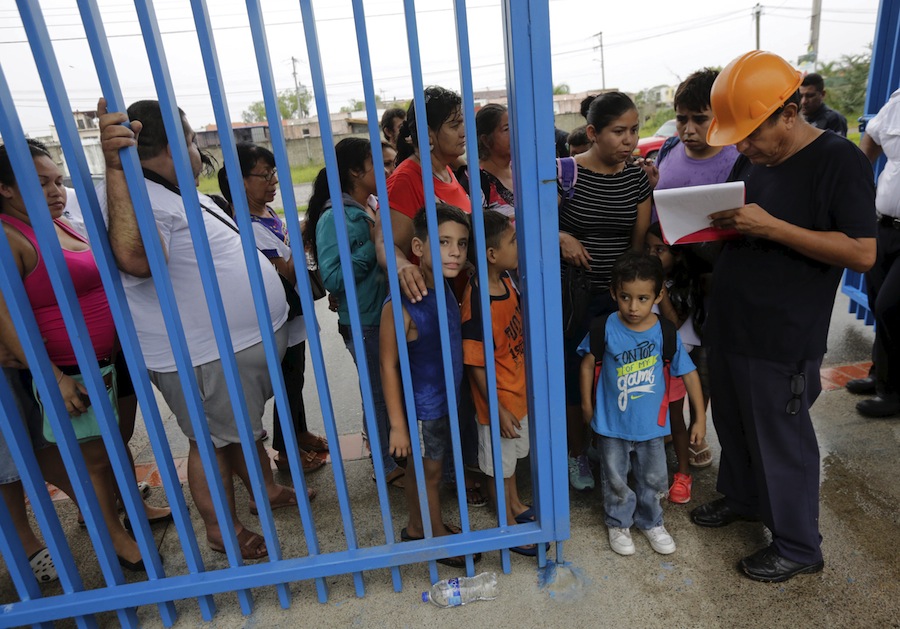 Residents, who were evacuated from their homes, arrive at a shelter as Hurricane Patricia approaches the Puerto Vallerta, Mexico . ©Reuters/Henry Romero