How Your Donation Helps the Children of Ukraine | UNICEF USA

How Your Donation Helps the Children of Ukraine

Nearly 1,000 children were killed or injured in the first six months of the war in Ukraine. Millions remain displaced, their rights, safety and futures at risk.

UNICEF teams are on the ground in and around Ukraine, providing urgent humanitarian assistance to children and families and working to mitigate the short- and long-term impacts of war. 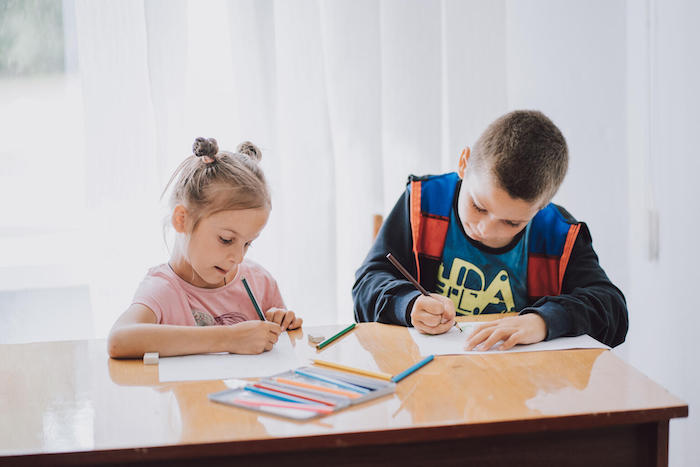 Two children living in a local kindergarten in the village of Klesiv, Rivne oblast color and learn about mine safety through play. ©UNICEF/UN0692188/Trofimchuk

The crisis for children in Ukraine

Since the war began, UNICEF has been working nonstop to deliver a range of support and services to vulnerable children and their families in Ukraine and in neighboring countries, providing critical supplies such as safe water and health care, and ensuring that children can receive an education.

UNICEF is currently working with partners in 13 neighboring countries, including Poland, Moldova, Romania and Slovakia, supporting their refugee response.

Challenges for children in Ukraine

Since the war began, children have been killed, injured, displaced and in some cases separated from their families, facing conditions no child should experience.

Homes have been destroyed and many families have lost access to electricity, water and shelter. With 40 percent of schools unable to open, many children are unsure when they will be able to resume learning. Children also face an increased risk of trafficking, sexual and gender-based violence and other labor exploitation.

Stories of delivering aid to children in Ukraine

Here are a few stories about UNICEF's impact through its emergency programs:

When the gunfire began in Dymer, a village near Kyiv, Anna and her husband, parents of three children, thought the family would be safe in their cellar. But food, water and electricity quickly ran out and they were stuck, unable to leave and fearing for their lives. UNICEF provided the family with a humanitarian cash transfer, a program that gives families in Ukraine the monetary resources needed to acquire essentials. Ten-year-old Danylo entertained his one-year-old brother Makar to give their parents the opportunity to prepare the basement in case of heavy shelling: equip it with warm blankets and stock up on food and drinking water. ©UNICEF/UN0693234/Boiko

Emergency mine safety training to protect the children in Ukraine

UNICEF and partners have launched interactive mine safety lessons for children in Poltava, a city in central Ukraine. The lessons teach children and their parents how to identify and protect themselves from explosive objects. “The thing I remembered the most was that mines are hidden... And when you see an unfamiliar object, you need to move to a safe distance and call 101 [emergency hotline],” shares Mykhailo, a 7-year-old boy. Children watch short animations about mine safety and then discuss them with safety officers. ©UNICEF/UN0695355

Oleksandra and her 7-year-old son Pasha fled Kyiv at the start of the war to the Zakarpatska region. The community made sure the family had their needs taken care of. But Pasha missed his friends and hobbies. Then the family discovered Spilno Camp, a summer space for children to play, make new friends and learn in classes and workshops. In the camp, Pasha was able to be a child again, meeting a new best friend, making a video and going on field trips. Oleksandra has even said he has flourished from the experience. 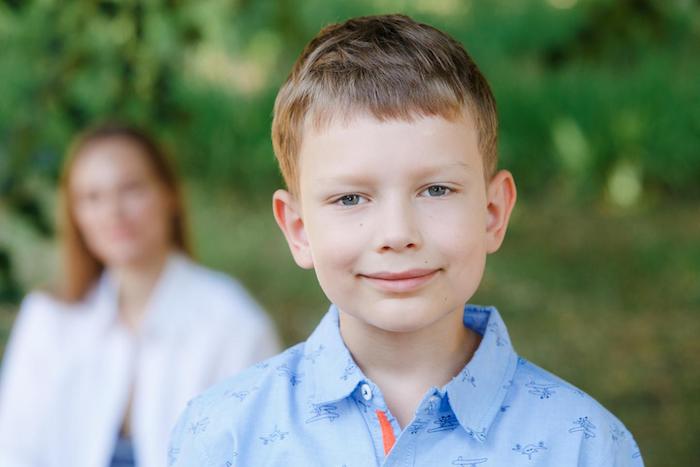 "I remember my first workshop the best,” says 7-year-old Pasha of his experience in Spilno Camp in Ukraine. “There were riddles about mine safety. And then the workshop ‘Create your own city’ began. When my mother came to pick me up, I said that I really like it there and I'm going to stay." © UNICEF

Crisis for Children in Ukraine: By the numbers

How UNICEF supports children in Ukraine

Since the war began, UNICEF has been on the ground working with partners to deliver lifesaving aid to the children of Ukraine. Here is a look at how UNICEF has supported children in the last six months:

What can I do to help the children in Ukraine?

Amid the Horrors of War, Ukraine’s Children Yearn for School

Millions of children are unable to return to school. UNICEF is working with the government and other partners to ensure children in Ukraine can get back to learning, whether in classrooms that are deemed safe or through online or community-based alternatives.

For Refugee Children From Ukraine, a Safe Place to Play

UNICEF has opened 40 centers across seven refugee-hosting countries for Ukrainian refugees. The center assists newly arrived refugees, providing them with temporary lodging, meals, mental health support and a cheerful playroom for children among other services. This story offers a look inside one center in Brasov, Romania.

Sofia was born one month early with air raid sirens going off all around her — yet sleeps quietly and stays warm with the help of one of the portable incubators UNICEF has delivered to hospitals in Ukraine to protect vulnerable newborns.

Top photo: Six-month-old Yehor was born in February 2022 in Mariupol, eastern Ukraine. When the first explosions occurred in Mariupol on February 24, 29-year-old mother Yevheniya quickly packed two bags – one for the family and another for the baby.© UNICEF/UN0679260/Filippov