September 20, 2018 -- A collaboration among UNICEF USA, the Center for School Behavioral Health at Mental Health America of Greater Houston and the Mayor’s Office of Education brought forward a strong coalition responding to psycho-social needs of children who were affected by Harvey in Houston last fall. A year after the hurricane, officials from the coalition mentioned above gathered at the Julia Ideson hall at the Mayor’s office to discuss current progress and steps forward.

UNICEF USA once again explained the unique needs of traumatized children and received unanimously affirmative responses, including from the mayor himself. Multiple local and national channels covered the event in attempt to raise awareness of the work that has been done to address children’s post-Harvey issues.

Besides psycho-social services, UNICEF USA also came forward as one of the first responders with aid to schools that were impacted. In just a weekend, over 80 volunteers from UNICEF USA and UPS packed 420 school kits.  Over 12,600 students and teachers in the greater Houston received immediate education assistance post-Harvey. Additionally, UNICEF USA helped local schools with other school supplies, such as a generous gift of uniforms to Raymond Academy, a low-income school in the north side of Houston. Additionally, UNICEF USA continued supporting the community over the past year with numerous educational programs. For instance, UNICEF USA in collaboration with University of Houston held a half-day symposium on global and local issues related to human trafficking since this is one of our major program work areas. Mayor Sylvester Turner at the press conference also announced, “Community Conversations: Harvey, Trauma and Helping Our Kids Cope,” a series of neighborhood meetings for parents, students, community members, educators and clinicians to discuss gaps in mental health services for children so local advocates can work together to create community-based solutions. UNICEF USA is part of these community conversations which will be held in each City Council district in coming months.

City of Houston is grateful for the work of UNICEF USA and its partners for coming forward to help children in need post Harvey. We knew we were in good hands when the largest children's humanitarian organization in the world offered their expertise and resources.   -  City of Houston Mayor 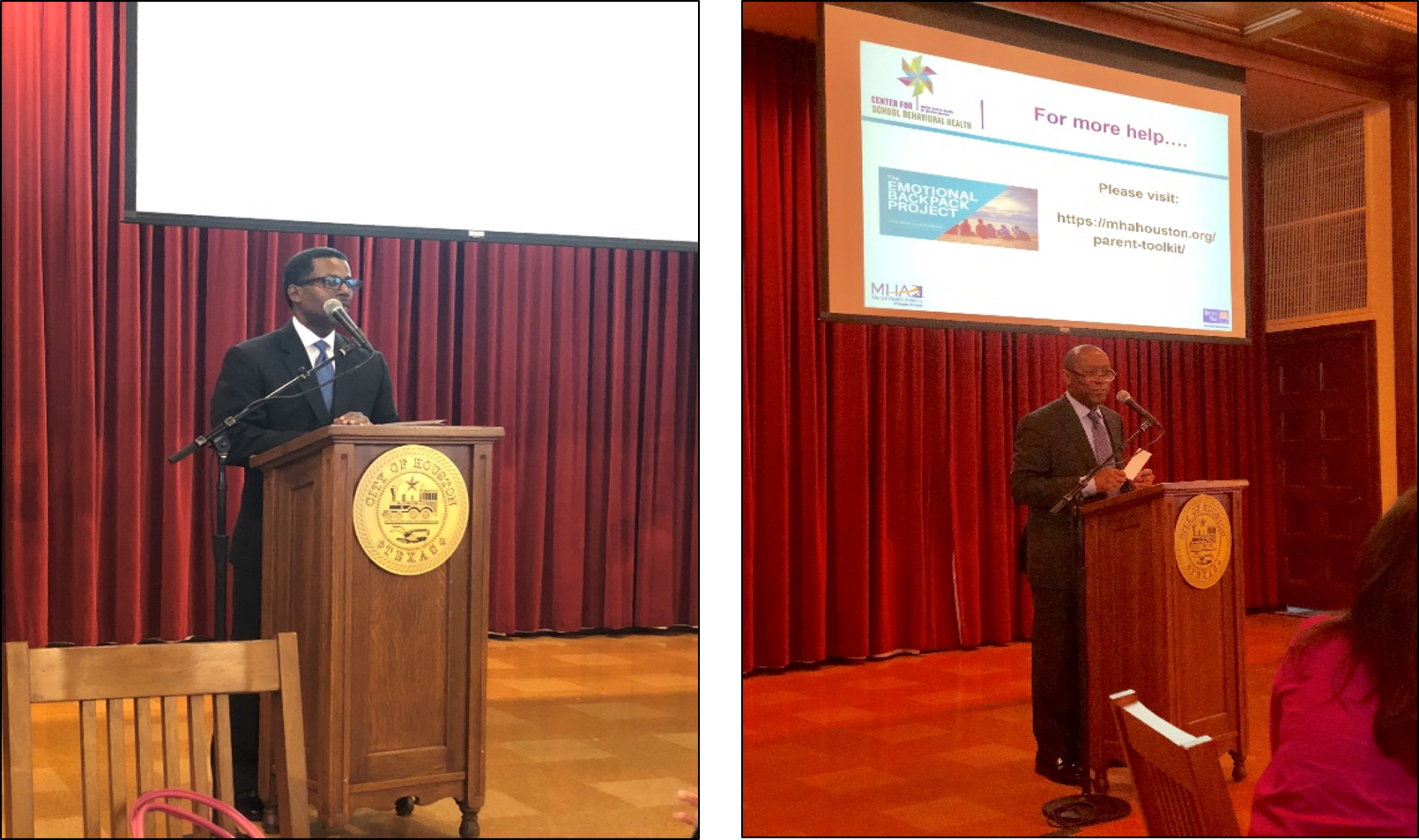 Mental Health America of Greater Houston was awarded a grant from UNICEF USA after Hurricane Harvey for its Center for School Behavioral Health to lead mental health emergency response efforts for children. Through this effort, which continues today, Mental Health America of Greater Houston has provided trainings for educators, psychosocial education for children and coordination between local mental health providers and school districts to help students regain their emotional well-being after the storm. For more information visit mhahouston.org or unicefusa.org/supporters/regional/southwest