Here's a Way to Support Every Child's Right to Clean, Safe Water

Today, billions of people struggle to manage without safe water — in their homes, workplaces, farms and in their children’s schools. The daily toll on women and children — especially girls — is severe, as hours that could be spent earning a living or learning are lost to the search for clean water.

In times of crisis — during conflicts or natural disasters — water can become dangerously scarce. When water runs become unsafe, or when pipes and filtration systems have been damaged, children get sick, schools and hospitals stop functioning and disease and malnutrition spread.

This World Water Day, you can take meaningful action to solve the water crisis facing the world's most vulnerable people. Purchase a UNICEF Inspired Gift and UNICEF will deliver lifesaving water supplies to children and families in need. 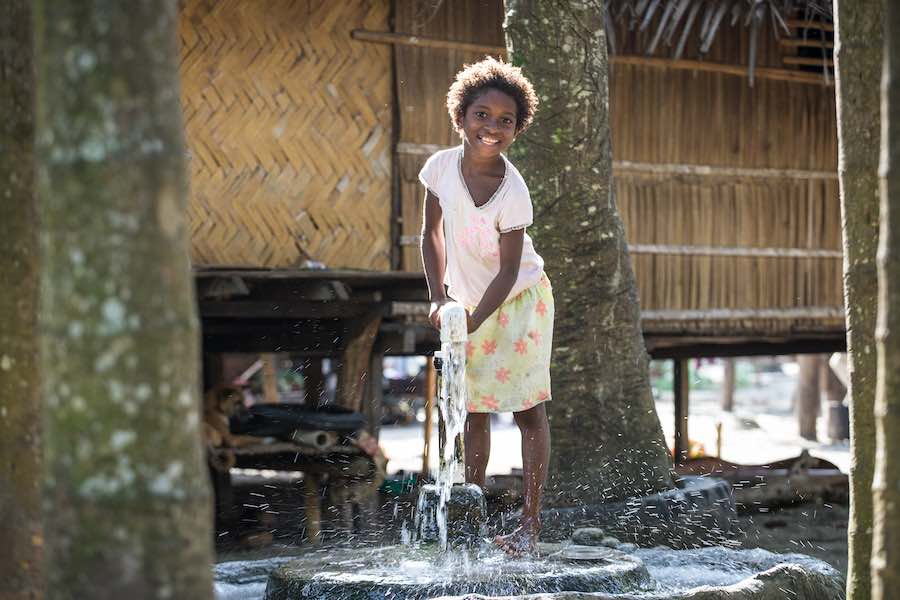 A young girl pumps water from an underground well in Papua New Guinea, where a little over one year ago, one half million people were impacted by a 7.5 magnitude earthquake. Vital public infrastructure was destroyed, disrupting the water supply families relied on to survive and water their crops. UNICEF responded with a full range of critical water, sanitation and hygiene supplies. © UNICEF/UN0260391

Purchase a hand-operated water pump for a village or school to send clean safe water to children and their families.

A young boy washes his hands in southeastern Côte d'Ivoire, where one out of three people living in rural areas does not have access to clean water, making this simple yet lifesaving habit a nearly impossible task. Handwashing with soap and water can reduce the spread of such diseases as diarrhea by one-third. © UNICEF/UN0208009/Dejongh 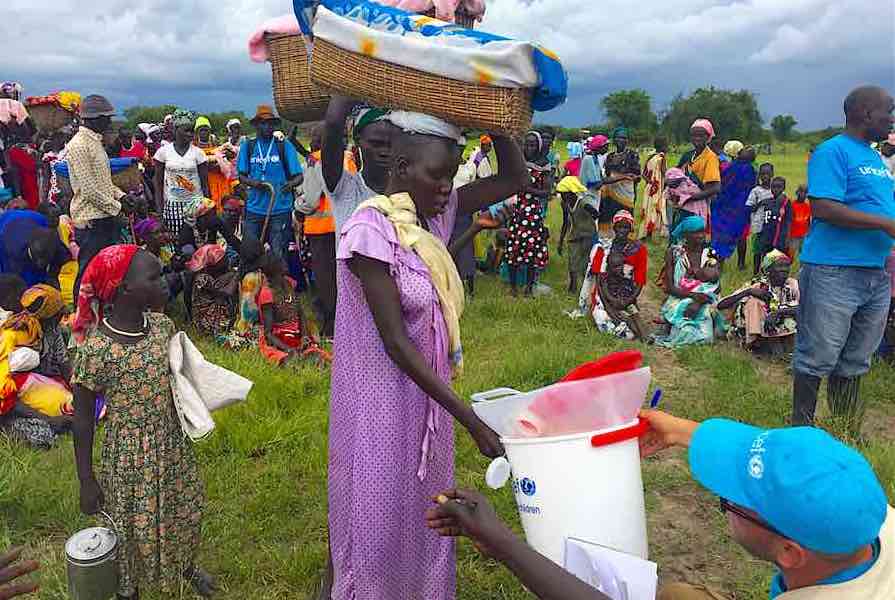 UNICEF staff distribute buckets, soap and water purifiers to pregnant women and breastfeeding mothers in South Sudan, where years of conflict have created a water and malnutrition crisis. Only 40 percent of nutrition-treatment centers in South Sudan have access to safe water, a gap that puts more vulnerable people — particularly women, boys and girls — at risk of malnutrition and disease. © UNICEF/UN0120048/Makund

Send emergency water supplies to children and families in crisis. 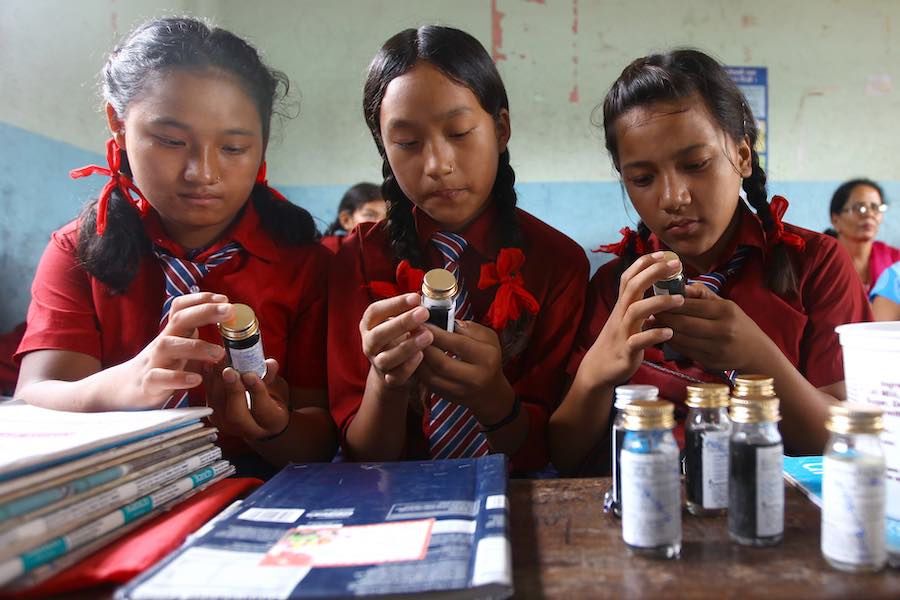 Thanks to cholera testing kits and training provided by UNICEF, these students in Nepal learned how to test the water quality after cholera broke out in their Kathmandu community. To stop the disease, UNICEF responded quickly to help the Government of Nepal prevent a possible epidemic. When safe drinking water supplies are comprised, as they were in Nepal after the 2015 earthquake, cholera attacks the poorest communities and can be deadly for small children. © UNICEF/UNI199540/Panday

Purchase a cholera testing kit to help parents and children make sure their water is safe. 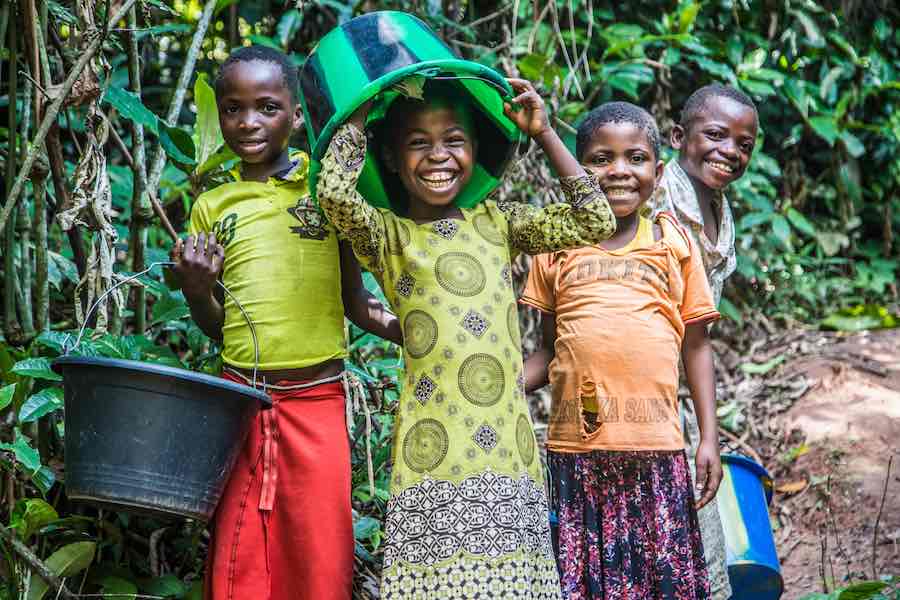 Children clown around while collecting water at a water station UNICEF built in the Democratic Republic of Congo (DRC). UNICEF has provided $109 million for safe water and hygiene services to the DRC, helping the nearly 2.4 million people affected by the Ebola outbreak, which health workers have been battling since August. So far, UNICEF has provided drinking water to more than 1.3 million people in public spaces, health facilities and schools. © UNICEF/UN0271269/Tremeau

Top photo: Waterborne illnesses run rampant in southern Madagascar, where more than 90 percent of homes lack even the most basic sanitation facilities. UNICEF is working to improve access to drinking water and arm families with the information they need to keep themselves and their children healthy and safe. © UNICEF/UN0267014/Raoelison