Helping Children Heal from the Seen and Unseen Scars of War

Reporting from conflict zones across the Middle East and North Africa, Arab-American journalist Arwa Damon has met countless refugee children whose lives have been devastated by war. Children burned with gasoline, shot by snipers, injured in bombings — many of them unable to get the life-saving and life-changing treatment they so desperately need. As CNN Senior International Correspondent, Damon has made it her mission to show people what it's really like to live in a war zone. "I became a journalist because I want to help people try to understand each other, to highlight those core emotions that we share," she says.

But just telling these stories didn't seem like enough. "We can't allow a sense of futility to silence us," she says. "I wanted to do something tangible." Two years ago, Damon launched INARA, a nonprofit organization that provides reduced or pro bono medical care for refugee children with catastrophic injuries or illnesses. "There are key moments when you can change a child's perspective on the world," says Damon. "By helping children in their time of need, we can create a counter argument to the evil and the violence. We have to break the cycle of violence."

In a Facebook Live video, UNICEF USA's Malcolm Farley spoke with Damon about reporting on children living through war, and how INARA is helping. With funding and expertise from UNICEF, INARA is expanding its network of medical providers to reach more refugee children who need immediate care. INARA, which means "ray of light" in Arabic, is dedicated to helping children when no one else can. "We can't change their past," says Damon. "But we can help build a healthier future." Below, some of the children who are leading better lives, with INARA's help: 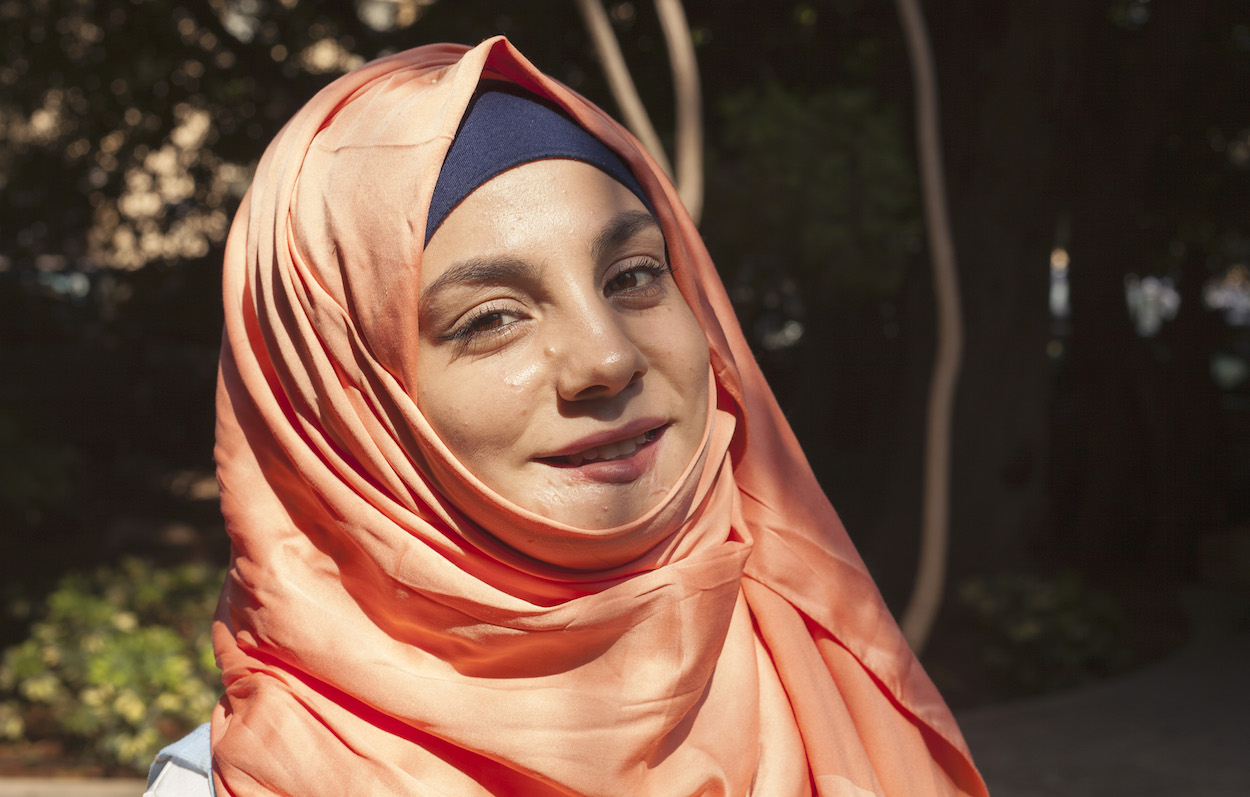 Alaa was 13 when she and her mother, brother and sister walked into a hail of gunfire on the way to lunch at her grandmother's house in their Syrian hometown. "I could see my sister bleeding next to me, screaming she was dead, reciting phrases from the Quran in a loud voice," Alaa says. She remembers not being able to understand why she couldn't respond or talk. Alaa had been shot three times, in the chest and face. Her jaw had been blown off. At the local hospital, doctors put a flap of skin where her jaw used to be, and sent her home. Her confidence was shattered; just catching a glimpse of herself in the mirror left her in tears. “Children with life-altering injuries are falling through the cracks everywhere, particularly in refugee settings,” says Damon. INARA connected Alaa with doctors in Lebanon who rebuilt her jaw, helping her heal inside and out. She dreams of becoming a nurse and now, thanks to INARA, nothing will hold her back. 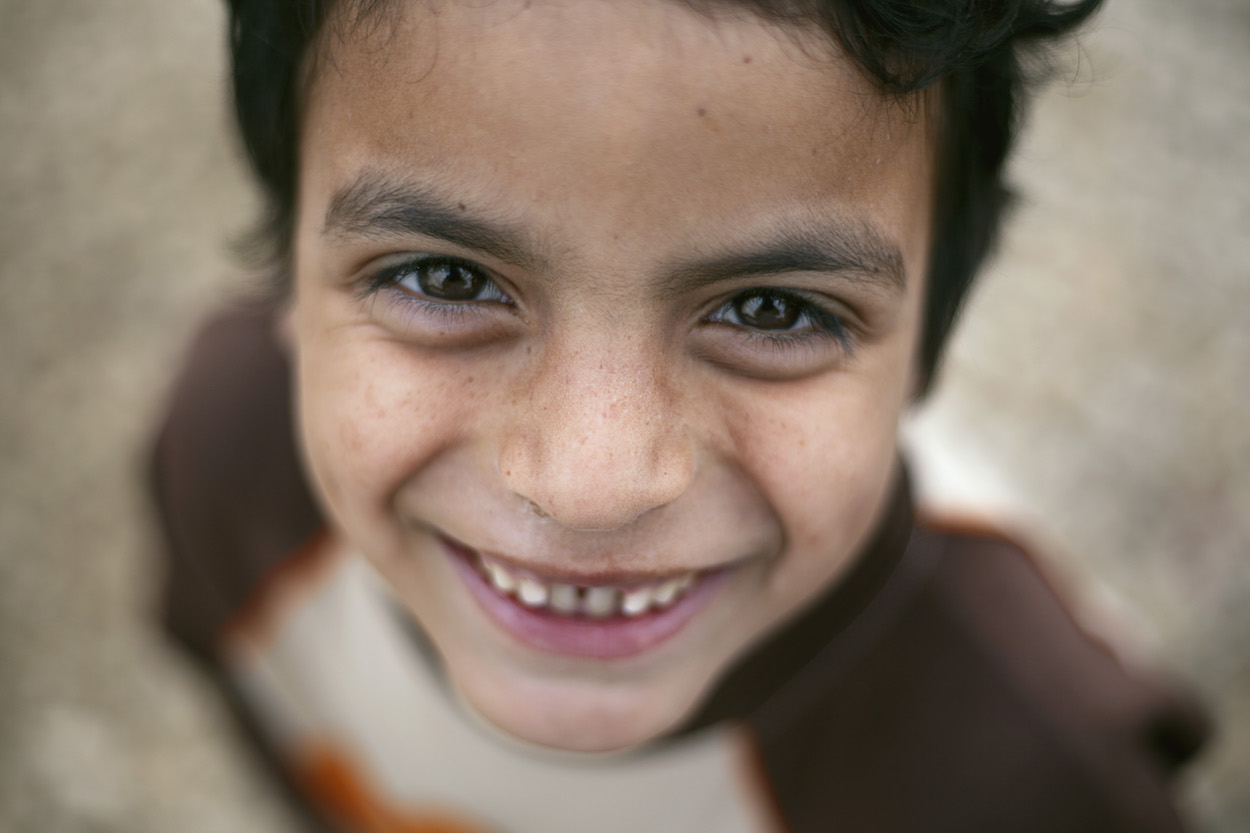 Five years ago, Amjad and his family fled Syria for Lebanon. In 2016, the tent where they lived erupted in flames. His mother, Hivine, remembers running into the burning tent: "Most of my children had managed to get out straightaway, but Amjad was at the back. He was screaming. His feet were on fire. By the time I got to him, he had fainted from the pain." He stayed in the hospital for four months, but when he left, he couldn't walk properly. His toes were fused together and his balance was poor. INARA arranged for surgery to free Amjad's toes. Now he can run and play with his siblings — and go to school. "Before his surgery, some of the children who live near us wouldn't let him play with them and told him that he wasn't normal," says Hivine. "This doesn't happen anymore, thanks to this surgery." 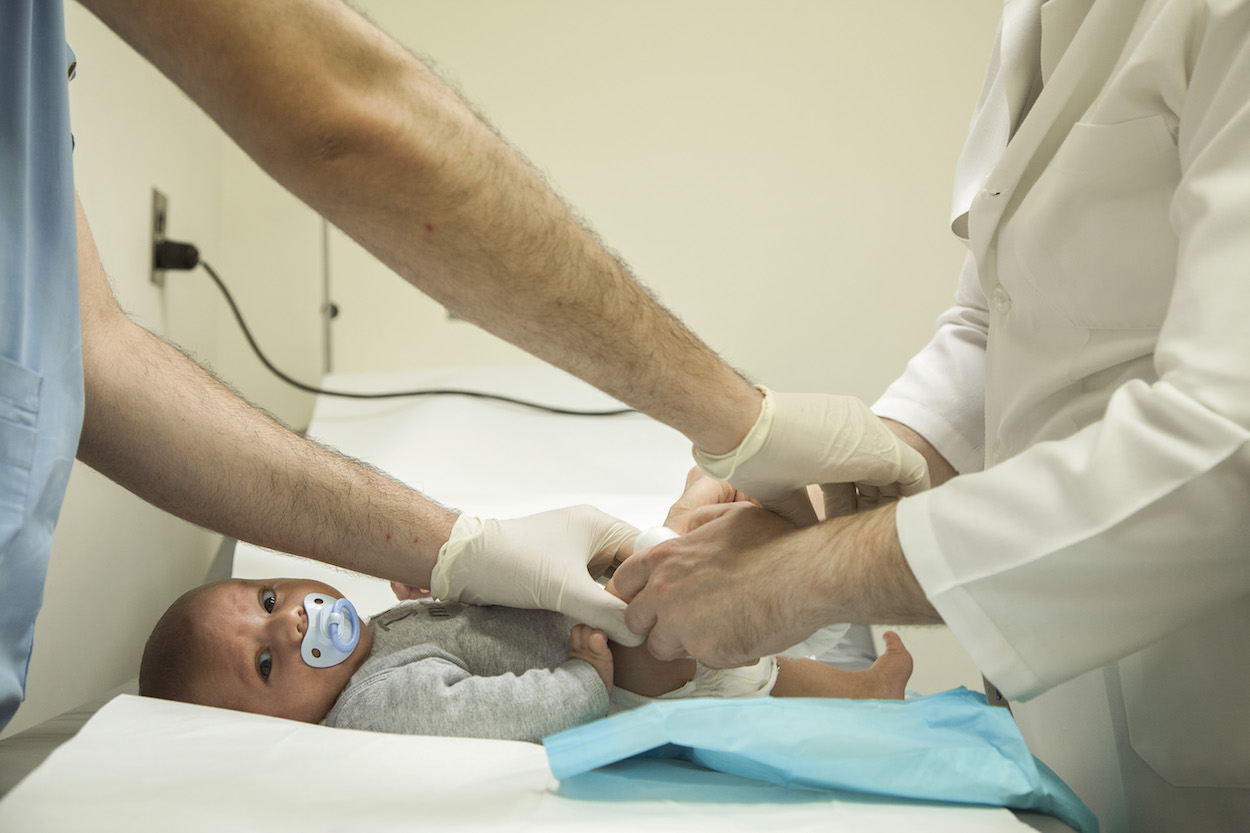 After being badly injured in an explosion in Syria, Abed and his wife fled to Lebanon. Life was hard because Abed's injuries kept him from working. When his wife became pregnant, the couple was overjoyed. But when their son, Jamal, was born with clubfoot on both feet, they feared they would never afford treatment.  INARA brought Jamal to the American University of Beirut Medical Center, where doctors put casts on his feet to realign them. Therapists will teach the parents physical exercises to do with their son to improve his mobility. When he's three or four years old, he'll receive special shoes that will help him to walk like other kids. “We thank everyone who has made this happen from the bottom of our hearts," says Abed. Rana was only three years old when a bomb attack engulfed her small town in Syria. Her mother, Siham, was cooking dinner. As she tried to get her panicked children out of the house, a pot of boiling water fell from the stove, severely burning Rana's arms and chest. "Sometimes I wake up in the middle of the night and I can still hear Rana's screams ringing in my ears," says Siham. Trapped in the house, she covered Rana's burns with yogurt and waited, while bombs rained down for six more hours. When the bombing stopped, Siham rushed Rana to the hospital for emergency treatment. She needed further care, but soon the family fled to Lebanon, 18 people crammed into a three-room house. Scar tissue formed, making it impossible for Rana to move her arms. INARA stepped in and arranged for scar revision surgery. Now Rana can move her arms again, just like all the other kids. “I can go to school again," she says happily. "I can play with my friends again.”

INARA is based in Beirut, Lebanon. To learn more about INARA's work, click here.