Help Children Under Fire in Yemen

Since March 26, nearly 8 million children in Yemen have been caught in a surge of conflict between militant, government and tribal forces.

Even without conflict, children struggle in the Middle East's most impoverished country. Only half the population of Yemen has safe water or adequate sanitation. One-third of all babies are born underweight.

Now, Yemeni families are faced with a catastrophic breakdown in the provision of just about everything. And the most urgent concern: their children are not safe. 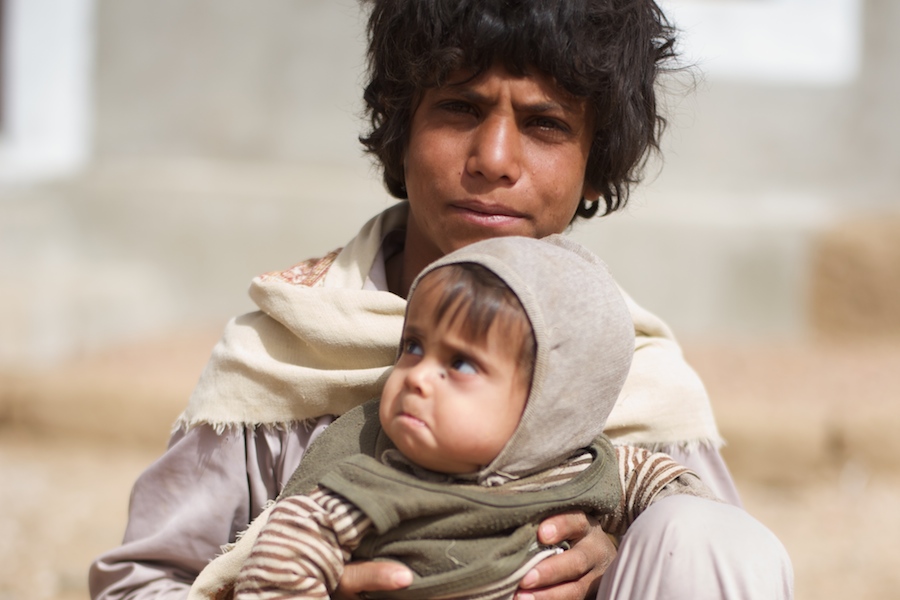 Above, a boy holds his malnourished sibling in Kitaf.

Food is unavailable almost everywhere. Markets that aren't shuttered are abandoned for fear of snipers. Farmers are unable to plant crops, ensuring food shortages in the coming season.

The World Food Program estimates that there are 12 million people without enough food, an increase of 13 percent since March 26, and the situation is worsening by the day. 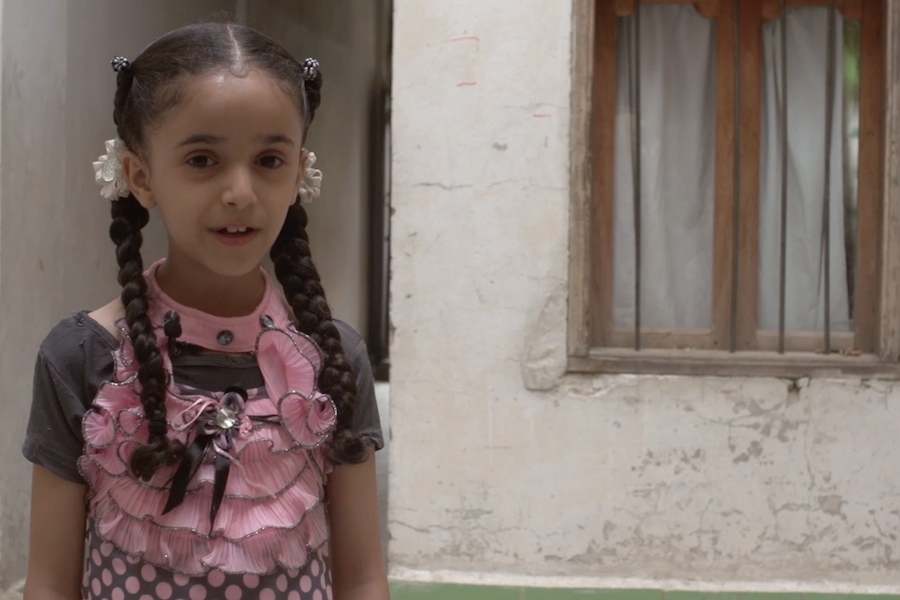 Seven-year-old Nour Fuad, above, says, "I don't like war, I like peace." Playing outside, she and her siblings and friends scatter at the sound of nearby explosions. “My sisters and I become so frightened when we hear the bullets. We are afraid that we will die.” 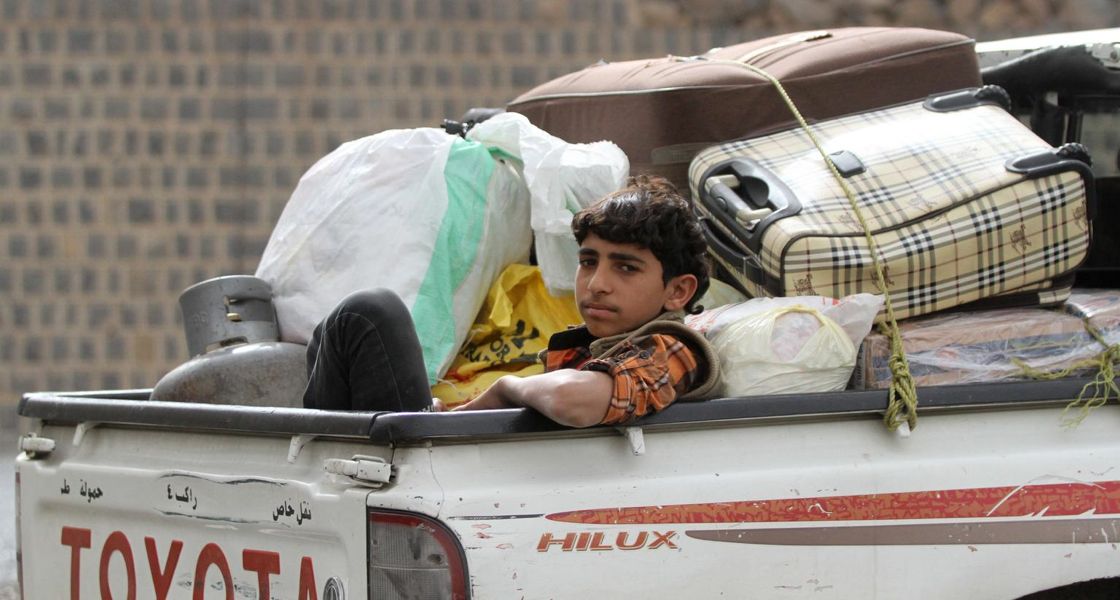 A boy flees, no longer able to live safely at his home in Sana'a, the capital of Yemen.

In some cities, up to 90 percent of residents are running for safety. An estimated 150,000 have been forced from their homes. Some take shelter in hospitals and school buildings.

“Children are terrified,” says Julien Harneis, UNICEF Representative in Yemen. “They are paying an intolerable price for this conflict." 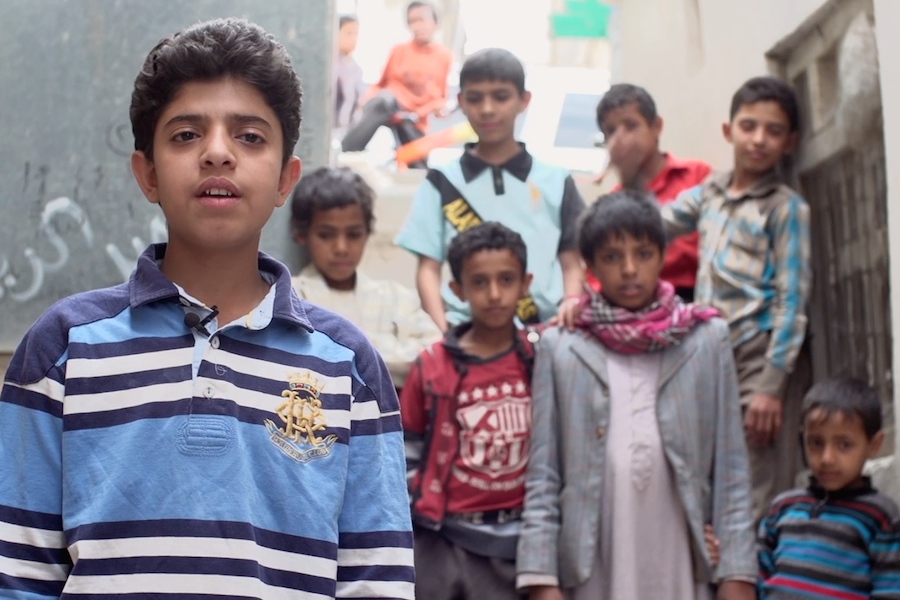 “I become so afraid when I hear warplanes, and I cannot sleep," says Amjad Al Mugbali, 12, above in Sana'a. "I am afraid to lose friends to this war."

To date, UNICEF has provided emotional and psychological support to nearly 2,000 traumatized children in Yemen. 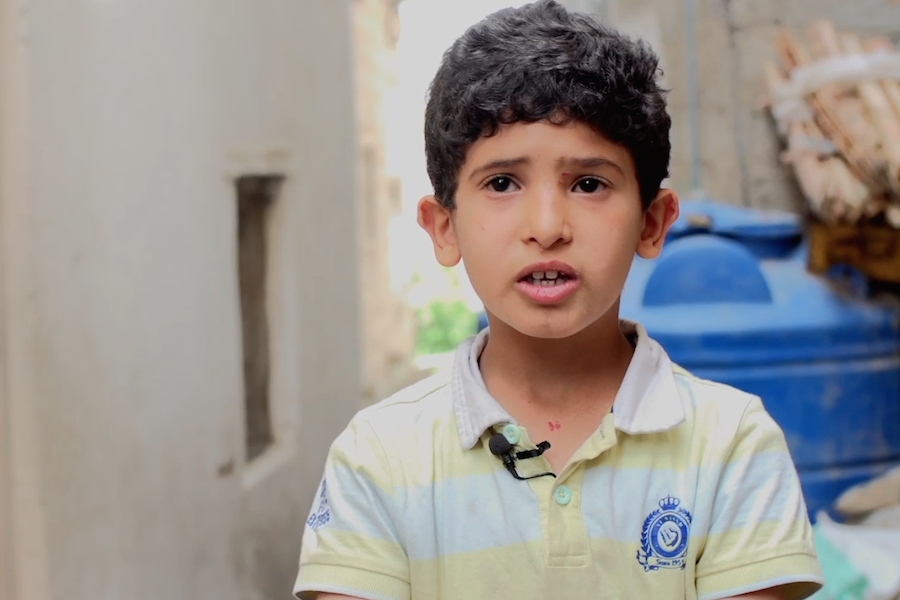 Even before the fighting escalated, a third of children between the ages of 6 and 11 were out of school in Yemen. Now more than 3,700 schools are closed, interrupting the education of some 2 million students.

Nine-year-old Fuad Najib, above, says, "I hope this war will come to an end soon, so we can go back to school. I wish to become an engineer when I grow up." 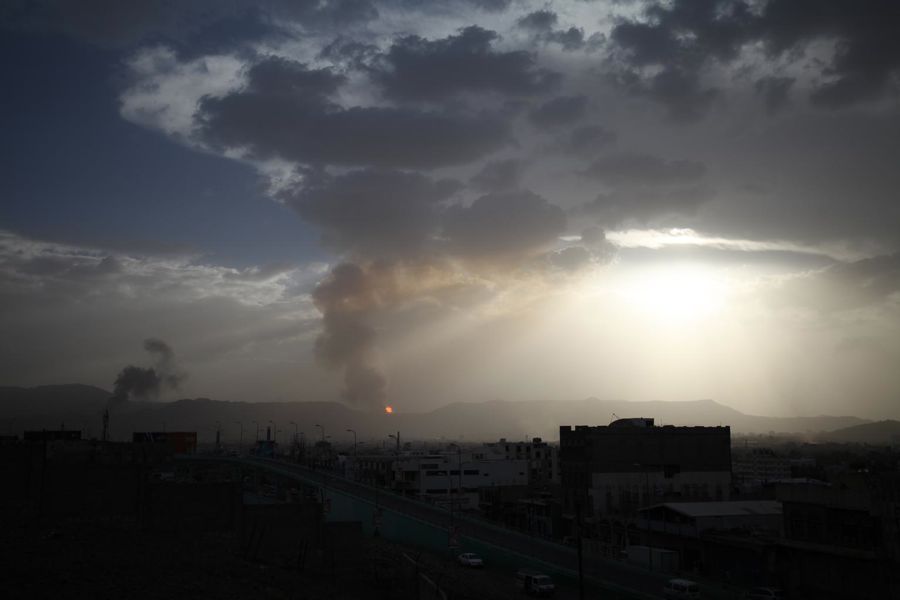 Yemen's infrastructure is crumbling. Water and sanitation facilities are damaged. Power stations, hospitals, bridges and airports have shut down. Factories have halted operations, and even mosques have closed their doors.

"Hospitals are overflowing," says UNICEF's Dr. Gamilia Hibatullah. "Even ambulances have been hijacked."

Fuel is in such short supply that lines at some gas pumps are ten days long. UNICEF has been able to provide enough fuel to keep the water pumps—fundamental to the survival of the Yemenis—operating in several cities, and enough diesel to safeguard vaccine stores.

UNICEF estimates that at many as 135 children have been killed and another 260 injured. Almost a third of the deaths have occured in Aden, where violence has accelerated over the past few days. 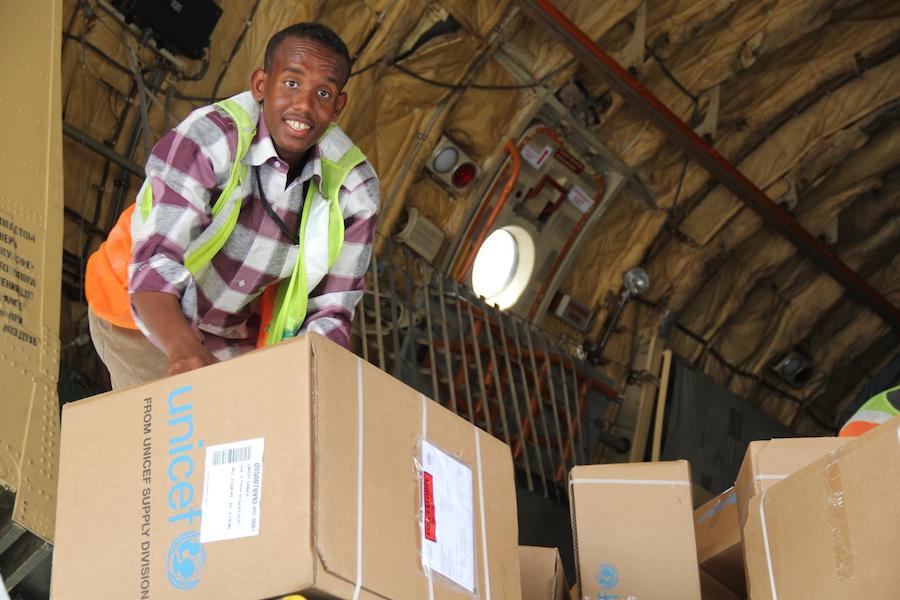 Despite airstrikes, UNICEF has managed to airlift neary 92 tons of supplies to Yemen—enough to provide critical goods to 250,000 people for three months—and taken advantage of a five day humanitarian pause in the fighting during mid-May to resupply health centers and mobile medical teams. 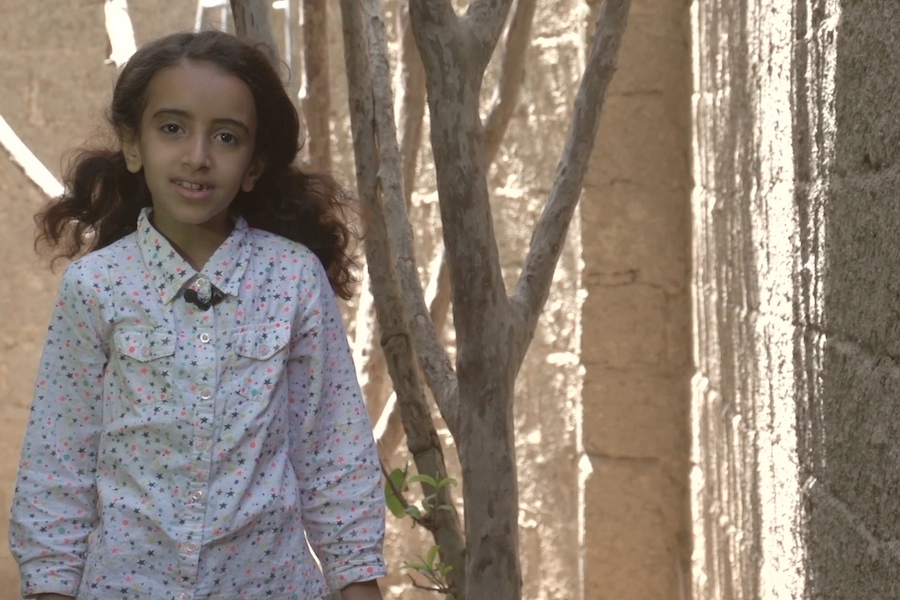 Eight-year-old Shado Abdullah, above in Sana'a, wants to get back to a normal life: "I miss my school, my teachers and my friends. I want to sleep in peace .... I wish there will be a festival for children with no bombing and bullets.”