Haiti Eliminates MNT, a Killer of Mothers and Babies

At long last, UNICEF and partners have won the fight against maternal and neonatal tetanus in Haiti — and the entire Western Hemisphere.

In July 2016, Haiti was on the brink of being declared free of maternal and neonatal tetanus (MNT), the swift and painful killer that claimed the lives of 34,000 newborns worldwide in 2015 alone. Then Hurricane Matthew struck, throwing the country into crisis and postponing validation of Haiti's MNT elimination.

Now, at long last, UNICEF and partners are happy to report that it's official: MNT has been eliminated in Haiti, leaving the entire Western Hemisphere MNT free.

It's official: Maternal and neonatal tetanus has been eliminated in Haiti, leaving the entire Western Hemisphere MNT free.

This remarkable public health milestone could not have been reached without the dedicated support of partners such as Kiwanis International, LDS Charities, BD and others. In 1999, when the World Health Assembly made the global elimination of MNT a priority, there were 59 countries where the disease still claimed the lives of newborns and their mothers. In 2010, the fight against MNT took a leap forward when UNICEF joined forces with Kiwanis International to launch The Eliminate Project.

Thanks to the work of national governments, UNICEF and our partners, today, MNT is a threat in only 16 countries. 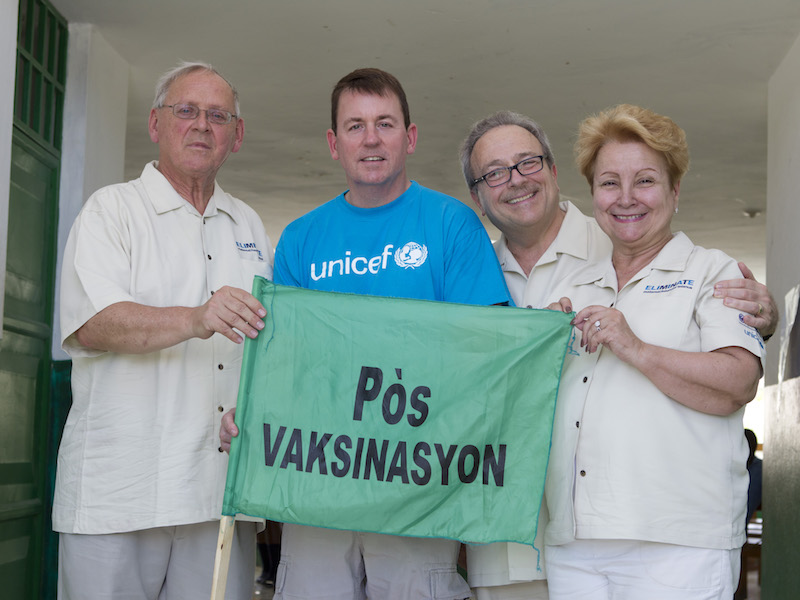 Maternal and neonatal tetanus (MNT) is an excruciating disease that kills one baby every 15 minutes somewhere in the developing world. The disease is acquired by exposure to the spores of the bacteria Clostridium tetani, which are commonly found in dirt. Tiny infants infected during or just after delivery suffer an agonizing death.

MNT is entirely preventable, through immunization and hygienic birth practices.

Yet MNT is entirely preventable, through immunization and hygienic birth practices. And the price is low: a series of three shots —the vaccines and injection supplies alone can be procured for 63 cents total — can give a woman immunity not only for herself, but also for her future babies. 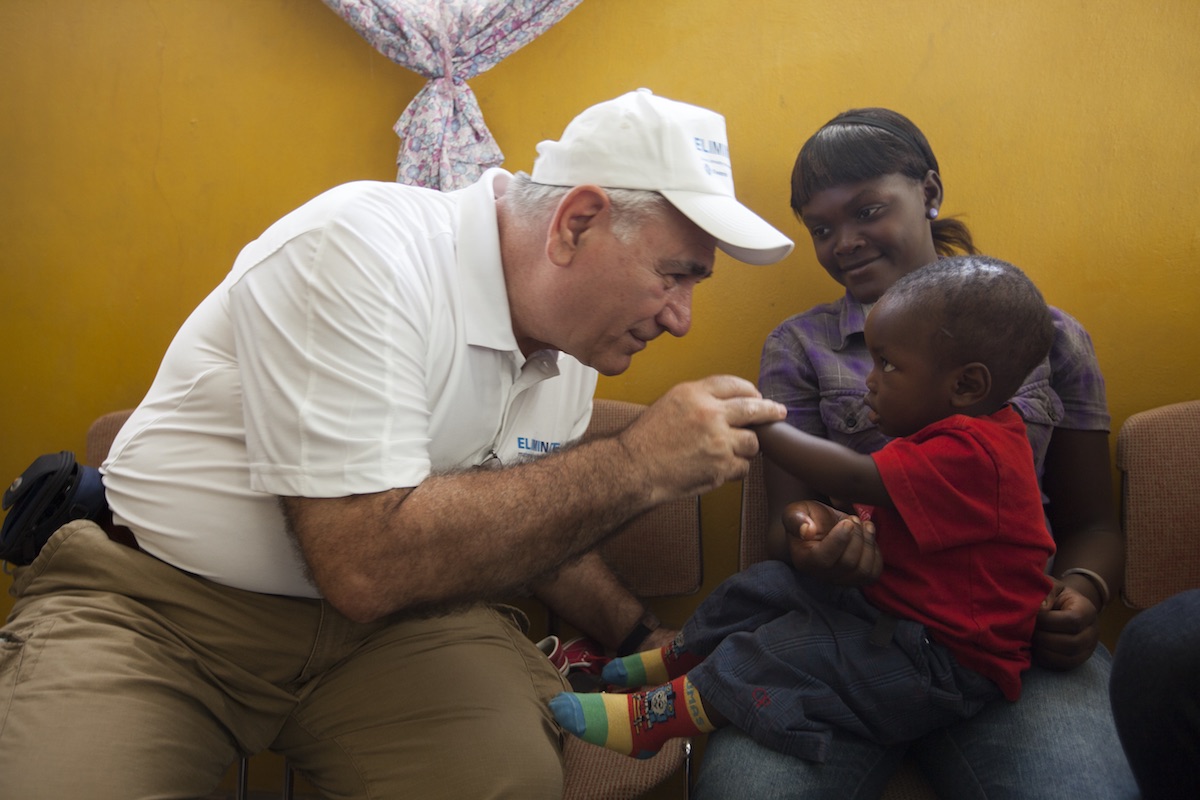 One of the pleasures of field visits for Kiwanis International representatives is meeting healthy young children who might not be alive today without the contributions made possible by The Eliminate Project. Above, Lance Incitti of Kiwanis International makes a new friend in Haiti. Photo by Michelle Marrion for UNICEF USA.

The fight to rid the world of MNT continues: Today, mothers and newborns are still dying of tetanus, primarily in Africa and South Asia, generally in areas where women are poor, have little access to health care and little information about safe hygiene during labor and delivery.

The fight to rid the world of MNT continues: Today, mothers and newborns are still dying of tetanus, primarily in Africa and South Asia.

Once the disease is contracted, the fatality rate can be as high as 100% without hospital care and between 10% and 60% with hospital care. The true extent of the MNT death toll is unknown, as many newborns and their mothers die at home and neither the birth nor the death is recorded.

As the welcome news from Haiti demonstrates, UNICEF programming to eliminate MNT is both well-proven and efficient, but can only continue with the support of its partners and like-minded allies who believe that MNT should be a disease of the past. The elimination of MNT in the Western Hemisphere is a significant achievement in the fight for child survival, and with continued support, UNICEF can ensure that no mother and no family has to lose their baby to tetanus.

Donate to help save mothers and babies from tetanus.

Top photo: A series of three shots — which can be procured for 63 cents — can give a woman immunity from tetanus not only for herself, but also for her future children. Photo by Michelle Marrion for UNICEF USA.