In Guatemala, Teenagers Take the Lead on Environmental Conservation

Seventeen-year-old Guillermo, above, is an activist and volunteer for Paz Joven Guatemala, a youth-led organization supported by UNICEF that offers opportunities for young people to make a difference in their communities. When his neighbors complained about bad-smelling wastewater collecting in drains over the summer, Guillermo scavenged recyclable materials he found laying around the neighborhood and used them to build and install grey water filters. The filters clean gently used household wastewater so it can be reused for irrigation, conserving water and protecting the health of the community.

"I started getting interested in the environment when I was 10 years old and I was watching young people volunteering," says Guillermo. "I also wanted to be a part of it, but because of my young age, they wouldn't let me." Two years later, he was finally old enough to join the Paz Joven family. Since then, he has participated in several projects with the group.

Guillermo is particularly pleased that his environmental conservation project has not only solved a problem in his neighborhood, it has also inspired others in the community to step up and take action. "Thanks to it, the population has become more interested in caring about the environment," he says. "Now people no longer throw their garbage on the street. They participate in the reforestation days that have taken place."

"Nature is our mother and gives us life day by day," says Guillermo. 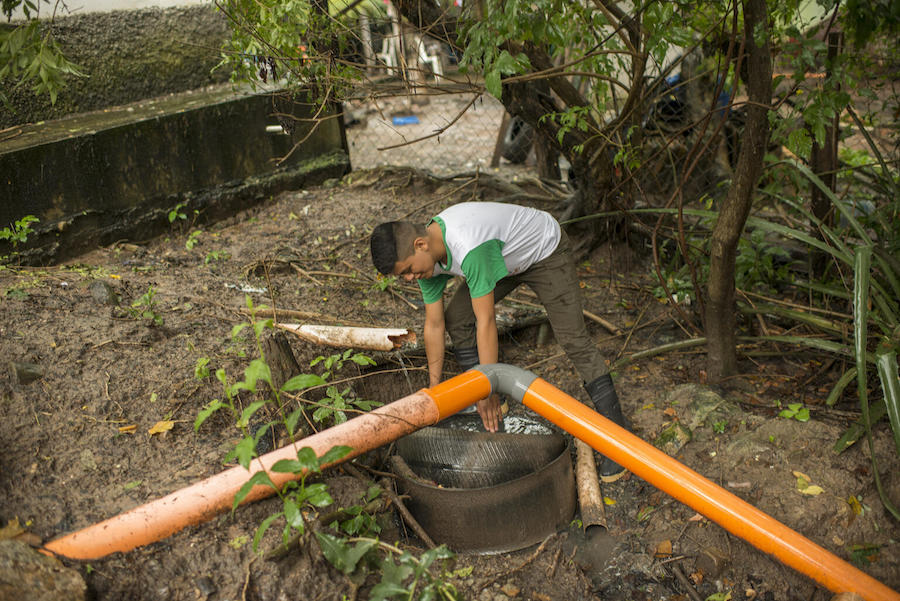 Around the world, children are the least responsible for climate change and environmental degradation, but they are most likely to suffer its consequences. UNICEF works with partners at global and local levels to ensure that children can live in a safe and clean environment. Recognizing children and young people as agents of change is one of UNICEF's central strategies: the next generation can play a key role by promoting environmentally sustainable lifestyles and setting an example for their communities.

On Earth Day and every day, support UNICEF's work to promote sustainability and to help children become agents of change. Please donate.

Top photo: In La Tuna village, Ipala, Guatemala, 17-year-old Guillermo used recyclable materials to build gray water filters to reuse wastewater and protect the health of his community. When he was 12, he joined Paz Joven Guatemala, a UNICEF-supported group that encourages young people to volunteer in their communities. Guillermo was drawn to environmental conservation work because, he says, "Nature is our mother and gives us life, day by day." © UNICEF/UN0364289/Volpe