Going to School Turns Into a Nightmare for Aleppo’s Children

Four young children were killed by a mortar attack on their way to school last week. And this attack comes two days after an attack hit a school in Dara'a, killing five children.

Radoslaw Rzehak is the chief of UNICEF's Aleppo field office. Previously, he worked as UNICEF's emergency coordinator in Ukraine.

At 8:30 a.m., I was starting my day in the office, logging into my computer when the sad news came in — a mortar struck children on their way to the Hatem Al Ta’i primary school.

Why should children continue to pay the heaviest price?

I immediately rushed to the hospital with my UNICEF colleagues. We saw a large crowd standing outside, many crying loudly. As we entered the hospital, we were directed to the surgical ward, where two critically injured children were being operated on.

Then, we were directed to the morgue. I saw two beautiful girls, Hanadi and Lamar, aged 9 and 11, laying down on the bed as if they were peacefully sleeping. Lamar was still holding the wrapper of a chocolate bar she was eating on her way to school.

I looked at Hanadi, all covered in dry blood, and I could see her shiny earrings. 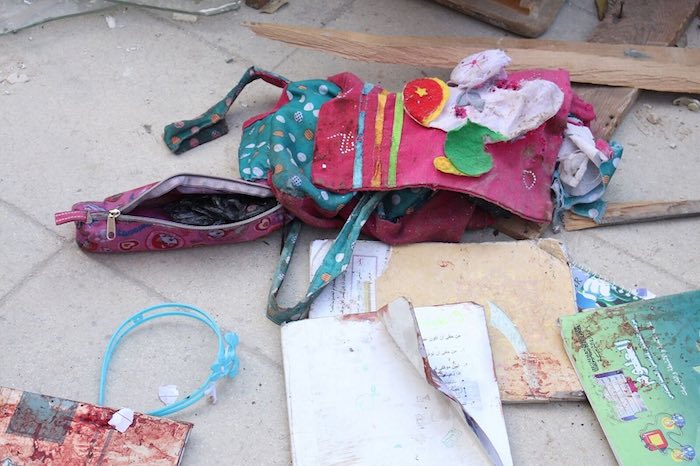 The backpack of 9-year-old Zaina and the textbook of her sister Lamar, 11. Zaina and Lama, as well as Ismail, 5, and his sister Hanadi, 9, were killed by a mortar attack on their way to school in Aleppo. © UNICEF Syria/2016/Basma Ourfali

I could not believe what I was seeing. I could not imagine that only two hours ago, these two beautiful girls were happily walking to a school that was recently reopened with UNICEF’s support.

Only two hours ago, these two girls were happily walking to school.

We all know that Aleppo is not safe for children. But I had to wonder, why should children continue to pay the heaviest price, many with their lives? Why should they be killed on their way school?

We then continued to the school itself. It was packed with journalists, who were interviewing witnesses showing belongings of Hanadi and Lamar. I spoke to children and was surprised to hear them say that they wanted to go back to school tomorrow. This shows children’s strong determination and will. It simply shows their love for life. Aleppo is known for its resilience, and it starts with the children who insist on going on with their lives and overcoming the brutal violence around them.

Back at the office, we started an immediate response in support of the affected families and the injured children. UNICEF was able to immediately provide medical supplies and psychosocial support to students, teachers and affected families. 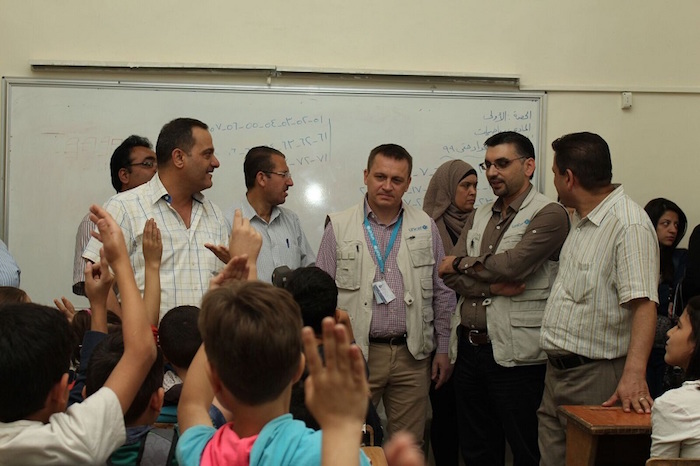 Towards the early evening hours, as I thought this terrible day was coming to an end, another sad surprise hit us. I received a phone call from the hospital reporting that another two children, Ismail and Zaina, five and nine years old, had succumbed to their injuries. Ismail is Hanadi’s younger brother and Zaina is Lamar’s younger sister. Later we learned that another mortar hit the school yard — fortunately there were no casualties.

As I was wrapping up the workday, I kept asking myself: When will this nightmare of a war finally come to end?

Please support UNICEF's efforts to help the children of Syria.