UNICEF works in more than 100 countries to improve water, sanitation and hygiene.

Last year, UNICEF helped supply nearly 14 million children and adults with safe water and more than 11 million with basic toilets. Particularly during emergencies, the safe water and sanitation UNICEF provides can prevent a deadly cycle of contamination, malnutrition and disease.

Without safe water, children and families suffer not only from thirst and dehydration but also from crop failure and malnutrition. Conflict, made worse by scarcity of water, can also harm children and force them from home. A water tap provides fun as well as water for children at a UNICEF-supported primary school at a camp for displaced people in Borno State, Nigeria, an area threatened with widespread famine in the wake of the Boko Haram insurgency. UNICEF and partners have provided safe water to hundreds of thousands of peole and treated many malnourished children in northeast Nigeria. UNICEF has pre-positioned supplies for treating cholera and mapped cholera hot spots in the region. © UNICEF/UN055929/Gilbertson VII Photo

Diseases are another consequence of water shortages. Cholera, for example, can lead to acute diarrhea and death. The illness spreads through contaminated food and water. Children who are already malnourished are particularly vulnerable. 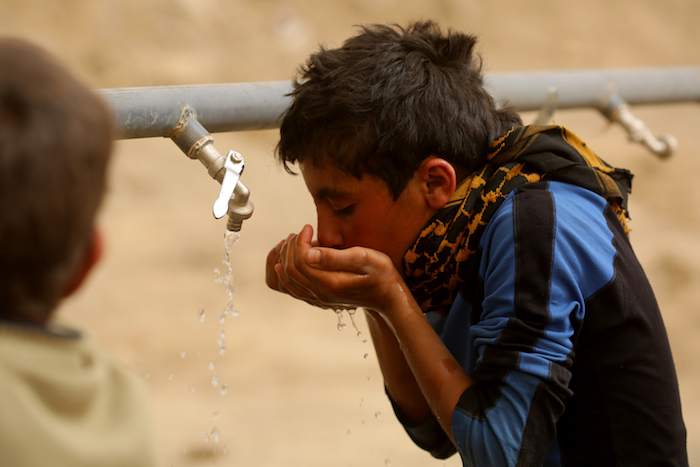 Mohammad, 13, escaped with his family when fighting erupted near their home in Syria. He is cold at night in the makeshift desert camp, and afraid of scorpions. But he has clean water to drink from a tap installed by UNICEF. © UNICEF/UN065368/Souleiman

But water brings hope. In communities without safe water and sanitation, UNICEF and partners bore water holes and design sanitation systems that will improve daily life for children and adults.

Positive social changes follow. For instance, constructing sex-segregated toilets in schools helps keep girls stay enrolled in school, so that they can continue their educations.

A strategy for change

The improvements UNICEF brings with safe water and sanitation touch many areas of children's lives, from better nutrition and fewer infections to reductions in time spent — often by girls — fetching water from distant sources for their families. This keeps girls safer and enables them, instead to go to school and learn.

Water has an impact in the life of Grohi, a 10-year-old from eastern Côte d'Ivoire. Her school did not have running water and, with no well nearby, Grohi's mother woke at 1:00 each morning to fetch water from far outside the village.

Then UNICEF intervened, providing two water pumps right in the village. And although less than a third of people living in rural Côte d'Ivoire have access to toilets, UNICEF supported construction of toilets at Grohi's school, not only to improve sanitation, but also to increase the likelihood that girls would attend. 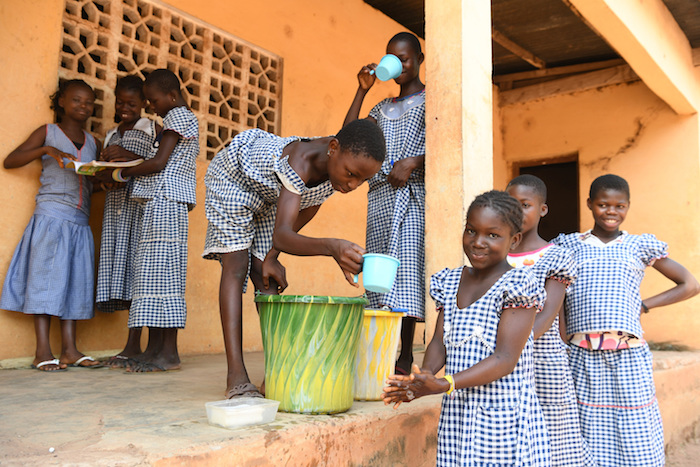 At school in Kouatoutou, Ivory Coast, 10-year-old Grohi washes her hands every day after classes and before dinner. Grohi says her days are easier since UNICEF installed water pumps. Grohi would like to be a teacher when she's older. "Because I like school," she says. © UNICEF/UN061578/Dejongh

UNICEF also responded to the deadly cholera outbreak in Sana'a, in wartorn Yemen. Nearly 1,900 people had already died in the capital by mid-July 2017. In response, UNICEF shipped medicine by air and sea to hospitals and 626 diarrhea and rehydration centers. Working with partners, UNICEF also reached approximately 4 million people with water and sanitation systems. That is why when Fauzia — a young mother of nine in Sana'a — contracted acute, watery diarrhea, she did not become another cholera casualty. To further stem the outbreak, UNICEF rehabilitated or maintained 52 water supply systems benefitting more than 253,000 people.

UNICEF has responded to water crises in Nigeria too. After UNICEF encouraged people in the Bakori region to build latrines and adopt new sanitation habits, almost 90 percent of the area stopped practicing open defecation. Access to safe water from new, UNICEF-supported water points helped, too. 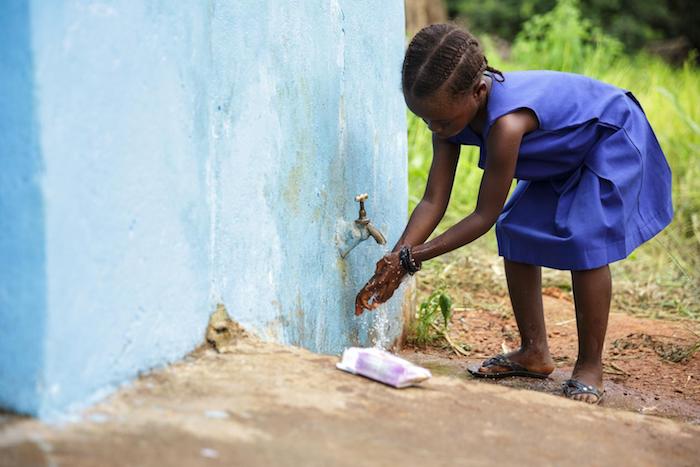 In conflict-ravaged Syria, water often becomes a weapon of war. At least 30 times in 2016, combatants cut off water to civilian neighborhoods. So Dania, an 11-year-old Damascus girl, must often carry a 10-liter gerry can of water for her family. "I get tired on the way back," she explains, "but I don't ask my father for help because he usually carries two or three gerry cans every time."

UNICEF has taken substantial action in Damascus, providing fuel, parts and repairs for wells and pumping stations for up to 3.5 million people; rehabilitating and equipping 120 water wells; and trucking water to 90 schools for more than 90,000 children. Even under dangerous wartime conditions, UNICEF is determined to bring water to those in dire need.

On June 30, 2017, global entertainer and humanitarian Beyoncé teamed up with UNICEF through her BeyGOOD philanthropic arm to announce the launch of BEYGOOD4BURUNDI, a multi-year partnership to provide safe water to the most vulnerable children in Burundi. The partnership will support programs to improve water, sanitation and basic hygiene practices in the hardest-to-reach areas of the landlocked East African nation, where nearly half the population has no access to safe water.

The water crisis in Burundi is a crisis for children. When children have to rely on unsafe water, they become weak, malnourished and susceptible to waterborne diseases, which are among the leading causes of death in children under 5. Because children must often walk for miles in search of wells, the lack of water also forces them to miss out on school. The burden of fetching water falls disproportionately on girls, who risk attacks along their journeys.

"Access to water is a fundamental right. When you give children clean and safe water, you don't just give them life, you give them health, an education and a brighter future. I am committed to helping drive lasting solutions to the water crisis in Burundi," said Beyoncé.

"Addressing the global water crisis is one of the defining challenges of our time, and the children of Burundi are among the most vulnerable," said Caryl M. Stern, President and CEO of UNICEF USA. "This unique partnership combines UNICEF's decades of expertise in providing clean water to children in Burundi and around the world with the power and influence of the entertainment world to bring about social change. We are grateful to Beyoncé and BeyGOOD for joining forces with UNICEF to highlight this critical issue to new audiences."

"BEYGOOD4BURUNDI is a continuation of the work that Beyoncé, her family and Parkwood Entertainment are doing to address water crises around the world, including in the states of Louisiana and Michigan," said Ivy McGregor, Director of Philanthropy and Corporate Relations at Parkwood Entertainment, who traveled to Burundi earlier this year. "In Burundi, I saw myself, my sisters and my mother in the strength of the women and young sisters travelling miles to carry water for their families. Through our multi-year partnership and our shared commitment to support safe water access solutions, young girls in the 'Heart of Africa' are being given the gift of hope for a brighter tomorrow."

The first phase of the partnership includes the construction of new wells equipped with hand pumps, hygiene education, and the improvement of water and sanitation facilities in schools in four priority regions, including Bukemba and Giharo in Rutana Province and Kinyinya and Nyabitisinda in Ruyigui Province. In these rural communities, children are chronically malnourished and more than 65 percent of the population is using unsafe water sources. Children and families have to walk long distances to water collection points, and even then the water access rate is extremely low.

UNICEF USA is proud that BEYGOOD4BURUNDI will help ensure lasting change for the children of Burundi.

Top photo: By playing in untreated sewer water, like this boy in Amran governorate, Yemen, children can be exposed to diseases like cholera, dysentery, typhoid and polio. On World Polio Day (October 24, 2017), UNICEF and partners supported a campaign to immunize 5.3 million children under 5 years old in Yemen. © UNICEF/UN0143421/Alsamai