Since 1990, UNICEF and partners have cut the death rate for children under 5 by 56%, saving 122 million children’s lives. UNICEF continues to combat preventable deaths of mothers, newborns and young children by promoting health and survival in 150 countries, despite conflict, poverty and underdeveloped infrastructure and health care systems.

To address the root causes of child and maternal mortality, UNICEF integrates health campaigns like mass immunization or maternal and neonatal care with emergency relief, water and sanitation, nutrition, education and child protection. UNICEF also tackles social inequities that can harm children already marginalized by gender, poverty or social conditions. For example, public health progress in recent decades has excluded millions of women and girls. The child survival rates of poor and better-off children differ starkly. In some countries, children in the poorest 20 percent of households are twice as likely to die before their fifth birthdays as children in the richest 20 percent of households. 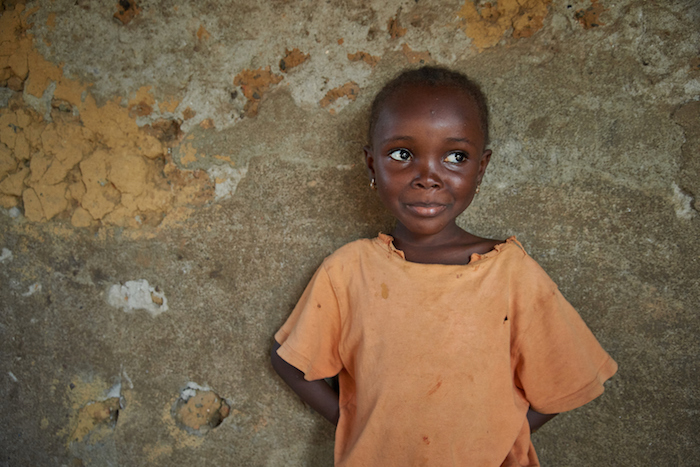 Mariama is growing up in the village of Gondama, Sierra Leone. Sierre Leone is one of seven countries in sub-Saharan Africa where more than a quarter of the population is infected with malaria at any one time. Nearly three in ten residents of Sierra Leone suffer from the disease. Malaria contributes to an estimated 20 percent of child mortality; pregnant women are at particular risk. To help prevent malaria, UNICEF supports distribution of  insecticide-treated mosquito bed nets. © UNICEF/UN072237/Phelps

UNICEF focuses on the survival of mothers, newborns and young children, while also supporting sustainable health systems, fostering increased government capacity to deliver effective health care and promoting equal access to health services among marginalized populations. Providing health care in emergencies with programs that can respond rapidly to natural disasters and conflict, and building long-term readiness for disease outbreaks such as Ebola, Zika, malaria and cholera are also key to UNICEF’s lifesaving strategies for children. Mobilizing community leaders, health workers and local partners are central to UNICEF’s success, as well.

Chhim Ren helps give health to children by providing crucial prenatal care in Cambodia. As a midwife with a mobile team, Ren travels to villages where most expectant mothers cannot afford time off from work or the cost of traveling to the Takoeung Health Center.

To overcome these barriers to care, UNICEF-supported traveling health teams meet mothers in their own villages where they provide training on infant health and services like immunization, pre- and postnatal care, supplements, deworming and iron folate tablets. The teams even travel house-to-house to find children who have missed a clinic visit. As a result, Nout Noun, 27, mother of a 5-month-old baby boy, says: “I know the frequency of tetanus toxoid vaccination and the number of vaccines my son needs.”

Ren says she is starting to see other positive changes. “More people get vaccinations now, including children. More pregnant women travel to the health center for services. Things are improving, one woman and baby at a time.” 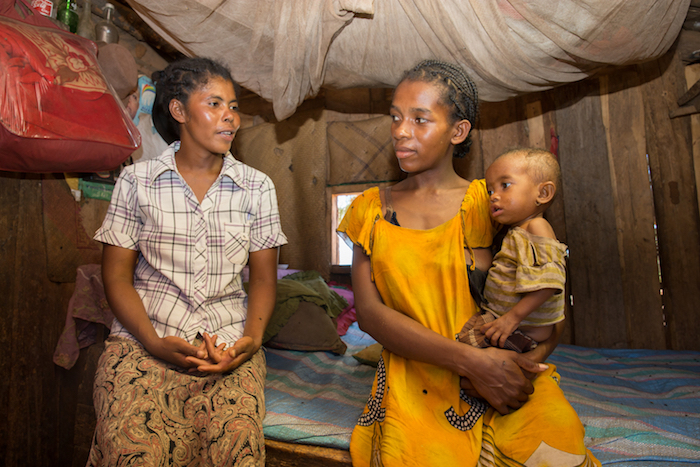 Tolisoa is a community health worker in a small, remote village in southern Madagascar. She goes village-to-village, door-to-door, to spread what she has learned about health, vaccines and prenatal care. Through her efforts, hundreds of people now come each week to the village’s UNICEF-supported clinic for immunization.

Tolisoa says it is not always easy for parents to understand why it is good for their children to be vaccinated. Some still believe vaccines are costly or could have negative effects. In fact, the vaccines are free and, as for the “negative effects,” Tolisoa dispels these groundless fears with scientifically sound information.

Preventive health care has become even more important in this agricultural region since the onset of drought. Beyond hunger and thirst, scarcity of food and water exacerbates social conflict and increases the likelihood that diseases will develop and spread. But community health workers like Tolisoa, speaking one mother to another, are a formidable force.

Bill Gates, co-founder of UNICEF’s partner, the Bill and Melinda Gates Foundation, explains how empowering mothers makes change: “When a mother can choose how many children to have, her children are healthier, they’re better nourished, their mental capacities are higher — and parents have more time and money to spend on each child’s health and schooling. That’s how families and countries get out of poverty. This link between saving lives, a lower birthrate and ending poverty was the most important early lesson Melinda [Gates] and I learned about global health.”

The end of polio is within sight, thanks to decades of relentless dedication by the Global Polio Eradication Initiative (GPEI), a public-private partnership led by governments with five partners – the World Health Organization, the U.S. Centers for Disease Control and Prevention, the Bill and Melinda Gates Foundation, Rotary International and UNICEF.

An incurable, infectious, paralyzing disease, polio mainly affects children under 5. It is now endemic in only three countries, with just 37 confirmed cases in the world in 2016, down from about 350,000 cases in 125 countries in 1988. GPEI’s strategy is to immunize every child until transmission stops and the world is polio-free.

For UNICEF and UNICEF USA, the long-term support of the Gates Foundation and Rotary International has been critical. Indeed, on June 21, 2017, led by Gates and Rotary International, global health leaders gathered at the Rotary Convention in Atlanta to reaffirm their commitment to eradicating polio and pledged $1.2 billion to finance efforts to end this scourge.

“Thanks to the incredible efforts of Rotarians, governments, health workers, partners and donors … we are closer than ever to making history,” said Chris Elias, Global Development President, Bill and Melinda Gates Foundation and Chair of the GPEI Polio Oversight Board. “These new commitments will help ensure that we will finish the job.”

In Pakistan, one of the last polio-endemic countries, a network of 250,000 health protectors are key players. Selected from their communities, they spread the word about immunization and motivate people to participate. Rotary Clubs in Pakistan also support efforts to reach all children with the vaccine by working side by side with health workers to vaccinate children in polio-affected countries. In fact, more than 1 million Rotary members worldwide have donated their time and personal resources to end polio.

Health workers cross the Indus River to a flooded village to vaccinate young children. One of them carries an insulated ‘cold box’, to keep vaccines at a constant low temperature to maintain their potency. They are part of an effort by the Pakistan government and the Global Polio Eradication Initiative to eradicate the disease. © UNICEF/UNI131552/Zaidi

The fight against polio has accomplished more than just the near disappearance of one dreaded disease. While ensuring every child gets a polio vaccine, workers can also monitor other aspects of a child’s health. For instance, when Rajak, a mother in South Sudan, brought her 5-month-old infant, Sabir, to a U.N.-supported health clinic, he not only received an oral polio vaccine, but also immunization for common childhood killers: tetanus, diphtheria, hepatitis, whooping cough and influenza. Rajak obtained bed nets to protect against malaria-bearing mosquitos, too.

Unfortunately, there is still work to do, especially in war-torn countries such as Afghanistan and Syria. UNICEF and the World Health Organization are calling on all parties to the Syrian conflict to allow vaccinators full access to children in need. The GPEI faces similar challenges in Afghanistan. But UNICEF, UNICEF USA and supporters like Gates and Rotary remain determined to end this childhood scourge worldwide, once and for all.