Five Things You Should Know About Migrant Families Entering the U.S.

1. Migrant families from Mexico and Central America seeking asylum in the U.S. are fleeing extreme violence and persecution.

With 8 percent of the world's people yet 38 percent of its recorded murders, Latin America remains the world's most violent region not at war. Drug trafficking has turned deadly violence and extortion into everyday realities in Mexico and Central America. Even with steep drops in the number of recorded murders in the past year, El Salvador and Honduras had some of the world's highest homicide rates in 2017: 60 murders per 100,000 people in El Salvador,  46 murders per 100,000 in Honduras. Mexico's interior ministry reported its highest homicide rate since the government began keeping records in 1997: 23 killings per 100,000 inhabitants. "Why would you undertake such a dangerous journey," Tucson migrant shelter employee Magdalena Escobedo told The New York Times, explaining the life-threatening conditions that drive parents to risk everything to bring their children to safety. "When you've got a gun to your head, people threatening to rape your daughter, extort your business, force your son to work for the cartels. What would you do?"

2. Undocumented immigrants in the U.S. are entitled to due process and protection.

Courts have consistently held that anyone on U.S. soil is protected by the Constitution's right to due process, even if they illegally entered the country. Due process allows people to exercise their legal rights and court processes afforded to them by American law. The 1951 Convention on the Status of Refugees, a multilateral United Nations treaty the U.S. helped draft in the aftermath of World War II and subsequently ratified, prohibits parties to the treaty from imposing penalties on refugees coming directly from a country where their life or freedom was threatened. Article VI of the Constitution declares our treaties "the supreme Law of the Land." 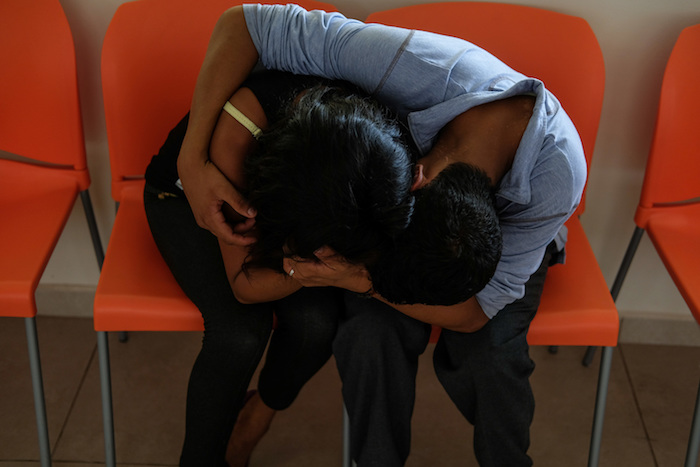 In 2016, a 15-year-old boy who was deported from Mexico is consoled by his girlfriend at the Centro de Atención al Migrante in San Salvador, El Salvador. © UNICEF/UN018748/Zehbrauskas

3. Immigration does not increase violent crime in the U.S.

Four recent studies show that illegal immigration does not increase violent crime. Native-born Americans commit violent crimes at far higher rates than either legal or undocumented immigrants. Researchers also found that the number of drug and alcohol arrests, drug overdoses and DUI deaths did not rise as the number of undocumented immigrants increased.

4. The toxic stress experienced by families torn apart and detained at the border can cause long-lasting harm.

An injunction issued by a federal judge in California has temporarily stopped the administration from separating children from their parents at the border, but there is still no clear plan for how the more than 2,300 children now in government care will be reunited with their parents. Some parents do not even know where their children are being held. The administration's plan to indefinitely detain migrant families with children is unacceptable: detention robs children of their childhoods and can cause long-lasting harm. Writing in the Washington Post, former first lady Laura Bush compared the proposed camps for migrant families to the federal government's internment of 120,000 Japanese-Americans during World War II. Researchers have found that incarcerated Japanese-American families experienced trauma that has lingered for generations. 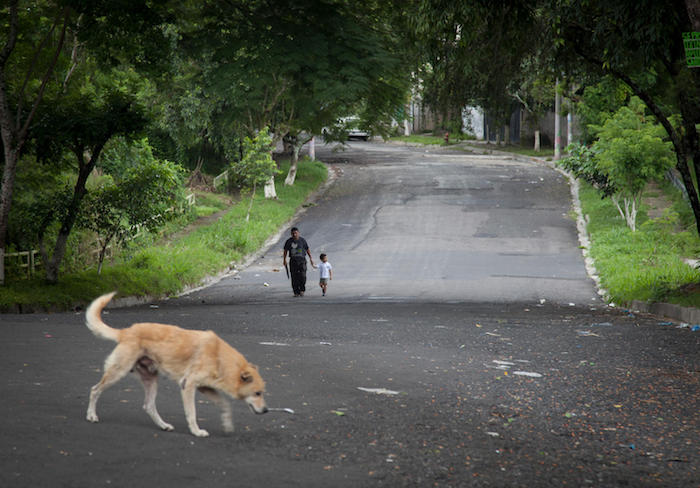 Life in Santa Teresa, a vulnerable community in San Salvador, El Salvador, is dominated by gang politics. Many children avoid the streets because they fear attracting the attention of gangs, who recruit school-age children to act as lookouts and couriers. © UNICEF/UN0126871/Heger

5. The majority of Americans support keeping migrant families together.

A Quinnipiac University opinion poll released June 18 indicated that Americans oppose the child-separation policy by an overwhelming margin, more than two to one. Support for Dreamers, immigrants brought to the U.S. as children, has ranged from 77 percent to 81 percent in every Quinnipiac poll conducted this year.

Some 6.3 million children from Latin America and the Caribbean face life-threatening situations and multiple forms of violence. UNICEF and UNICEF USA are mobilizing to meet the needs of children and their families as they continue to flee their homes in search of a safer future. For many years, UNICEF offices in Central America have been working to strengthen national protection systems and address the root causes of migration. As families continue to seek safety, UNICEF's vital programs will move with them.

Please help UNICEF keep families together and support vulnerable migrant children every step of the way.

Top photo: A sign in San Salvador, El Salvador indicates that guns are prohibited as students march to demonstrate against violence in their community. El Salvador has one of the highest homicide rates in the world: 60 murders per 100,000 inhabitants in 2017. © UNICEF/UN0126911/Heger