Early diagnosis is crucial for the 3 million children living with AIDS worldwide, yet only 51 percent of infants born to mothers living with HIV are tested in the first two months of life. Late diagnosis delays treatment for HIV-positive infants, leaving them at a greater risk of death.

In December 2016, UNICEF and partners implemented Point of Care Early Infant Diagnosis (POC EID) systems in Cameroon, one of 10 countries that contribute more than 75 percent of new pediatric AIDS infections and one of 30 countries that account for 89 percent of total HIV infections worldwide. The new POC EID system has the potential to promote an AIDS-Free Generation in Cameroon. 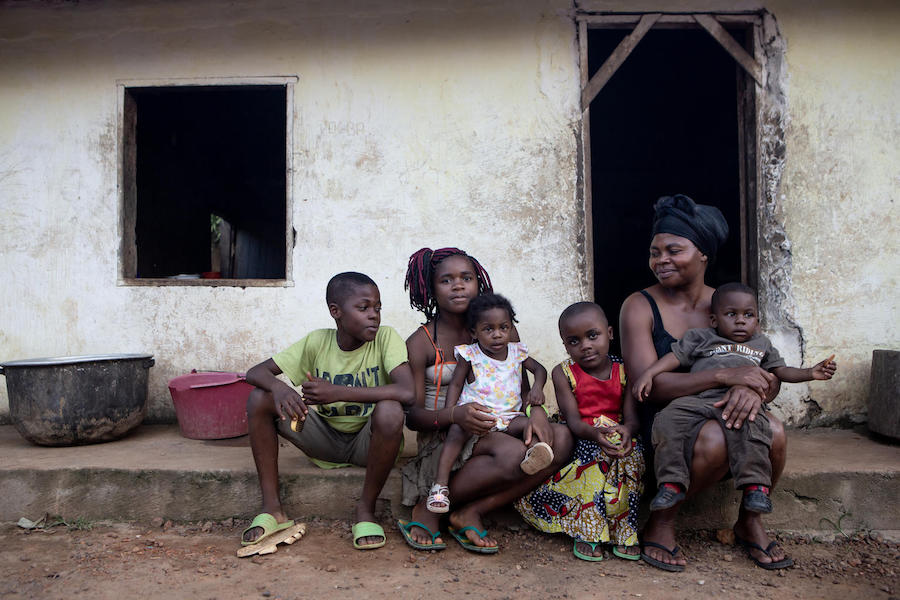 In 2007, Antoinette (above, with her children Raoul, 11; Asse, 14; Natasha, 18 months; Prisca, 5 and Emmanuel, 18 months, outside their home in Adoum Souin Village, Ebolowa, Cameroon) tested positive for HIV, after her husband was hospitalized and learned he was HIV-positive. Prisca was tested for the virus when she was six weeks old, but the test had to be sent away for diagnosis. Antoinette waited and worried for almost nine months for receiving the final results. Thankfully, they were negative. 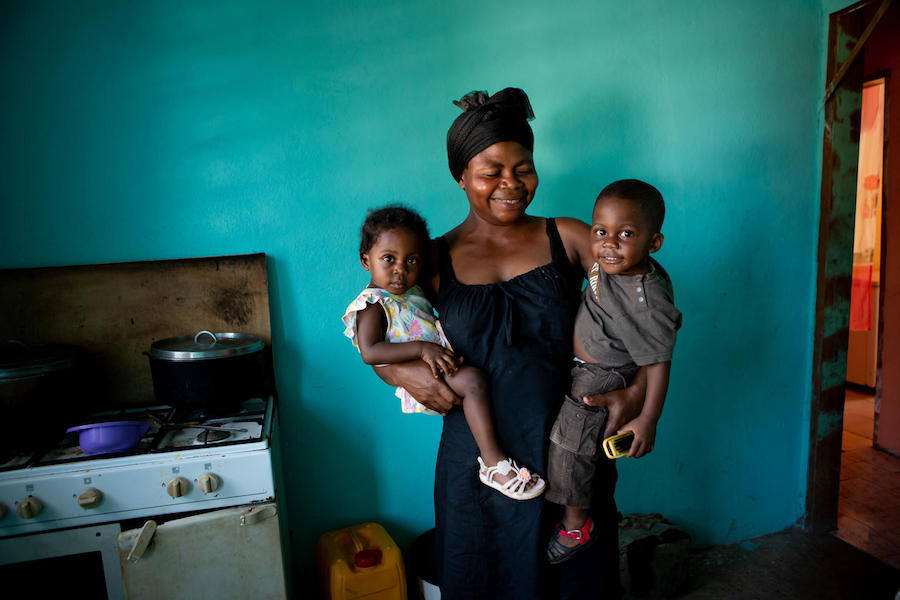 When Antoinette gave birth to twins Natasha and Emmanuel in 2017, she received their HIV test results the same day, thanks to the new POC EID system. "When I arrived at the hospital, they tested the children and after an hour, we had the results!" said Antoinette. "I was so happy that it had gone so quickly, I didn't need to go home and wait. The results were negative. I am grateful to the promoters of this innovation. They may not realize how good it is for mothers."

Before the implementation of POC EID, many mothers refused to have their babies tested for HIV at six weeks, because of the long and emotionally exhausting waiting period before receiving the results. Above, peer counselor Rose Mekind gives a health talk to mothers at a post-natal clinic at the Ebolowa Regional Hospital in Cameroon. Rose offers strength and advice to new mothers, and encourages HIV-positive women to adhere to the Prevention of Mother-to-Child HIV Transmission (PMTCT) process during pregnancy. UNICEF is calling for scaled-up treatment and prevention programs to fight HIV and AIDS. While the AIDS epidemic continues to take a staggering toll, an AIDS-free generation for children and adolescents is possible. There is no cure for HIV infection, but effective antiretroviral drugs (ARVs) can control the virus and help prevent onward transmision to other people. New HIV infections among children are declining rapidly — approximately 58 percent since 2000 — due to scaled-up efforts to prevent mother-to-child transmission. In 2018, 82 percent of the estimated 1.3 million pregnant women living with HIV globally received ARVs to protect their health and prevent transmission to their children.

UNICEF and partners are working tirelessly in Cameroon, Syria, Yemen, South Sudan, Bangladesh and around the world to save and protect children. With a presence in 190 countries and territories, UNICEF has helped save more children's lives than any other humanitarian organization in the world.

All photos © Karin Schermbrucker for UNICEF