Thousands of children have been separated from their parents since civil war broke out in South Sudan in December 2013. Locating missing family members is a major challenge in a country where 4 million people have been displaced. UNICEF works to trace parents and children and make families whole again.

"My job is to reunite these children with their family," says UNICEF caseworker Simon Char. "I create a special bond with these children. When they see me, they often come running towards me, hugging me. Then I feel love with them. I'm almost like their parent because I look after them and care for them. Until I find the parents, they don't have anyone else to rely on." 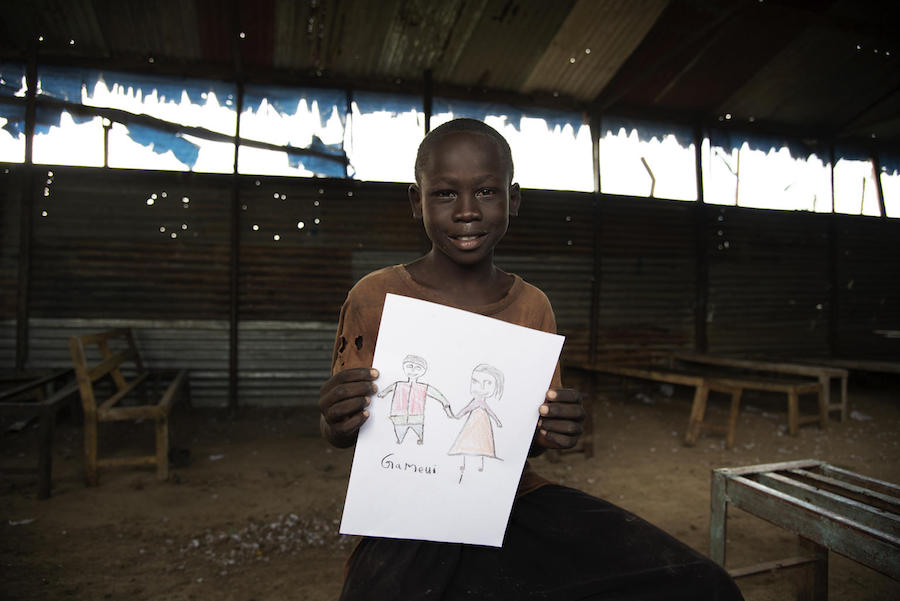 Falluoch, 11, holds a drawing of his parents. It has been two years since he saw them last, and he misses them very much. They were separated during an armed attack in Malakal. In his role as a caseworker, Char interviewed Falluoch to learn all he could about his family. The information will go into the national database, along with a photo of Falluoch. Hopefully, his parents are still alive and will be found. 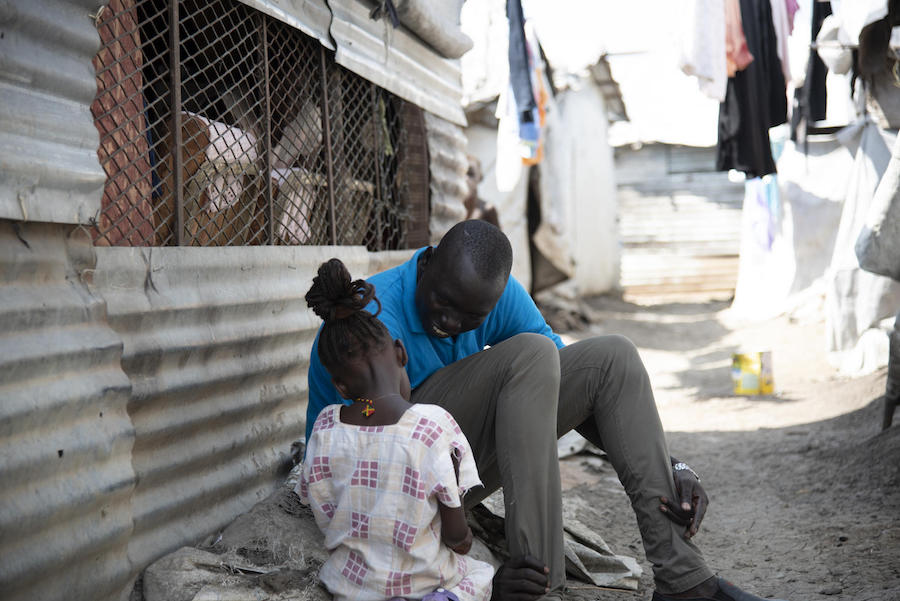 Above, Char chats with 5-year-old Nyajiper, who was separated from her parents for more than four years. Recently, her father was found in Bor, the capital of Jonglei State, and Nyajiper will soon be reunited with him. "I've told her that she will soon be with her family and she is very excited," says Char. "The best part of my job is when I see the reunited family happy and smiling as a result of the miracle that just happened."

"There is so much work going on in family tracing and reunification. Sometimes it takes years," says Char. "When we identify separated children, we sit with them and ask them many questions about their parents. We take photos of them and then consult with the national database. It's not easy." Eight-year-old Chogi is excited to see his mother again. Almost five years ago, Chogi, his brother Jidu (above right) and sister Ferdos (above left) were home alone while their mother was out looking for firewood. When armed militia stormed their village, a neighbor fled with the children. They had been living in the capital, Juba, when UNICEF and partners finally located their mother. After rounds of verification, Chogi, Jidu and Ferdos were put on a plane to be reunited with her.

UNICEF and partners are working tirelessly in South Sudan, Syria, Yemen, Bangladesh and around the world to save and protect children. With a presence in 190 countries and territories, UNICEF has helped save more lives than any other humanitarian organization in the world.

Top photo: UNICEF caseworker Simon Char holds 5-year-old Nyajiper, who was separated from her parents four years ago. After a long search, UNICEF found her father and the two will soon be reunited. All photos © Helene Ryeng for UNICEF