For Every Child, Hope — a Thank You to Our Supporters

As the new year begins, we are deeply appreciative of the supporters — contributing from far and wide — who make UNICEF's work possible. And we celebrate the profoundly important and impactful work we are doing together: that of saving and protecting children.

The world has changed, but children’s needs have not. Children must have access to basic services, be safe, be nurtured — and have the support of loving caregivers. Meet some of these caregivers, and learn how your support of UNICEF made a difference to families like theirs throughout 2016. In a refugee shelter in Mariendorf, Berlin, Germany, Amira Raslan comforts her son Amr, 7, after their harrowing journey from the Syrian Arab Republic. UNICEF works with migrant and refugee families and also with host communities, to promote the social inclusion of refugee children. For every child, community. 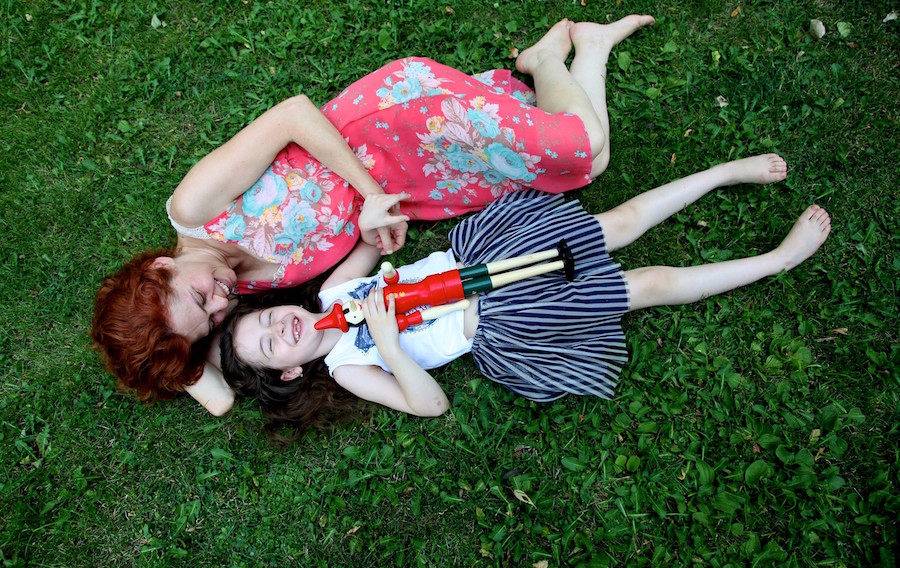 Mariam, 7, lies in the grass with her mother at Boghossian Gardens, Yerevan, Armenia. The little girl, who has cerebral palsy, dreams of becoming a singer or a doctor. UNICEF promotes accessible and inclusive learning spaces for all children. For every child, education. A woman embraces her daughter in the early morning light outside of their shack in Imizamu Yethu Township, South Africa. UNICEF works with governments around the world to provide maternal and child healthcare. For every child, health. 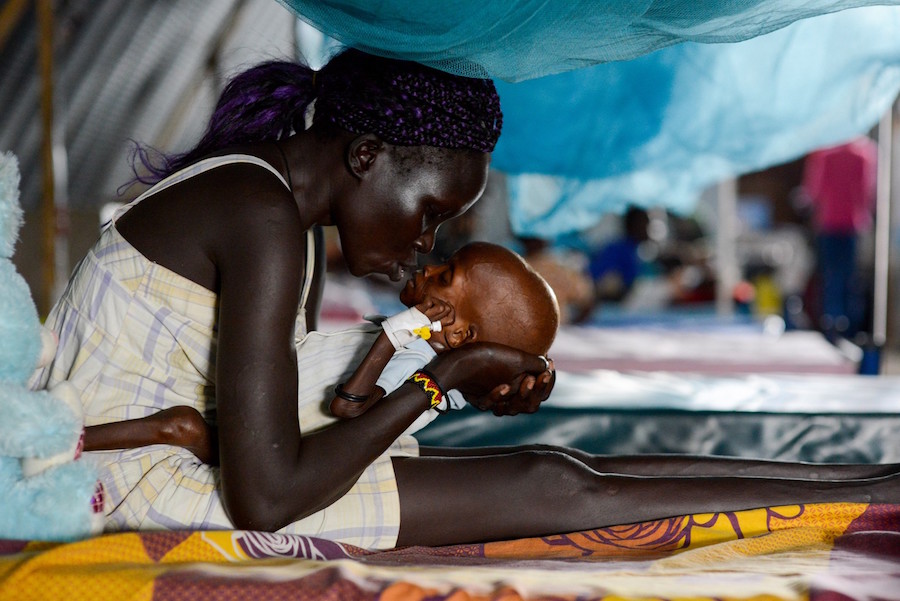 Eliza kisses her baby, Jal Puok, 1, at the Mercy Hospital, Juba, South Sudan. UNICEF provides life-saving treatment to hundreds of thousands of children like Jal Puok each year. In 2016, over 180,000 children were treated for severe acute malnutrition in South Sudan alone. For every child, nutrition. 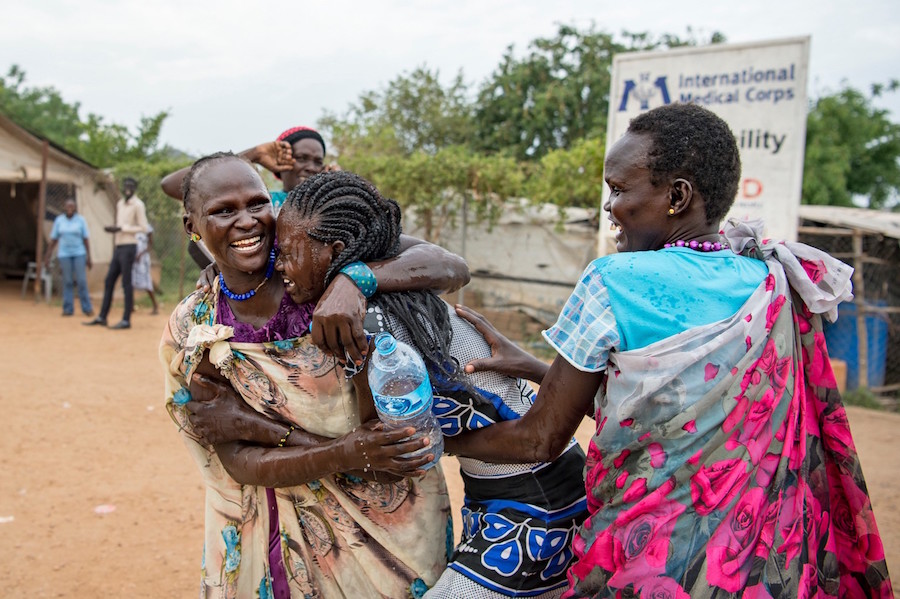 Angelina Nyangang Gattiek (centre), 15, cries upon reuniting with her mother (left), who laughs with joy as they embrace at the Protection of Civilians site near Juba, South Sudan. UNICEF and its partners have helped thousands of families reunite. For every child, love. 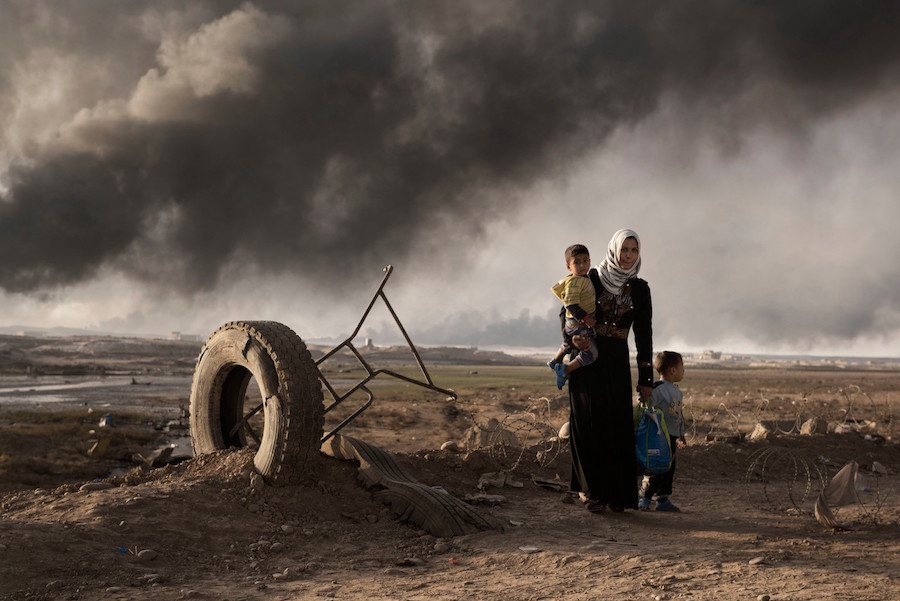 Escaping from conflict in Mosul, a mother and two children walk past a checkpoint in Qayyara, Iraq. UNICEF provides emergency assistance to displaced families. For every child, help. Sandra sits on a diving board with her daughter, Sandriely, 15, a champion swimmer. UNICEF helps children reach their full potential with progammes for children with disabilities, like Sandra. For every child, play. 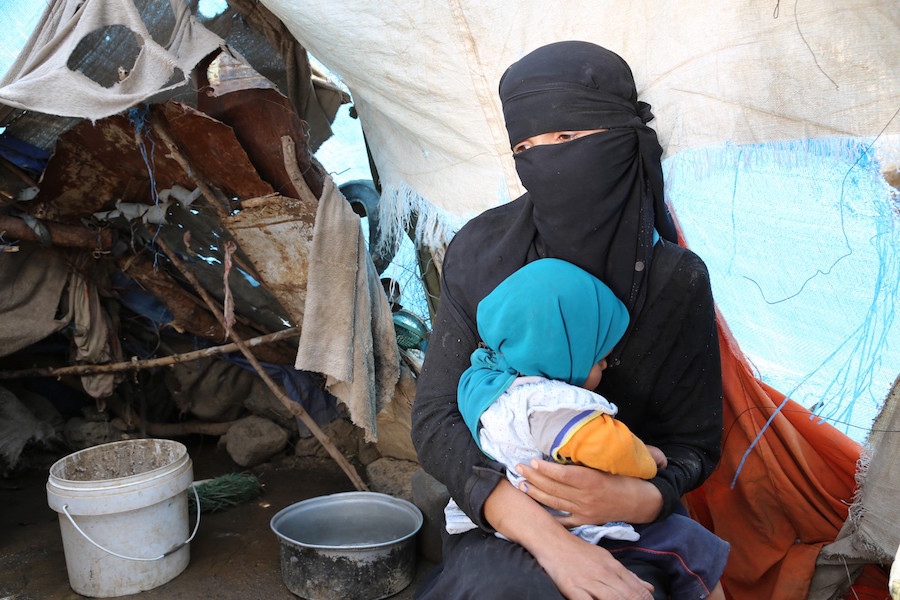 Malkah Ahmed Saleh rests with her daughter in a makeshift shelter in the Tharawan camp for internally displaced persons on the outskirts of Sana’a, Yemen. UNICEF provides basic social services to the most vulnerable. In 2016, 390,000 children received psychosocial support in Yemen. For every child, a fair chance. Alishia Gentle, 3, gets a hug from her aunt and caretaker, Tracy Moody, in Belize City, Belize. UNICEF supports young children with funding for early childhood development programmes. For every child, a fair start. In a tent in a camp for migrants and refugees in Idomeni, Greece, a mother feeds her child. UNICEF works with governments to ensure the fundamental rights of the child are respected. For every child, care. 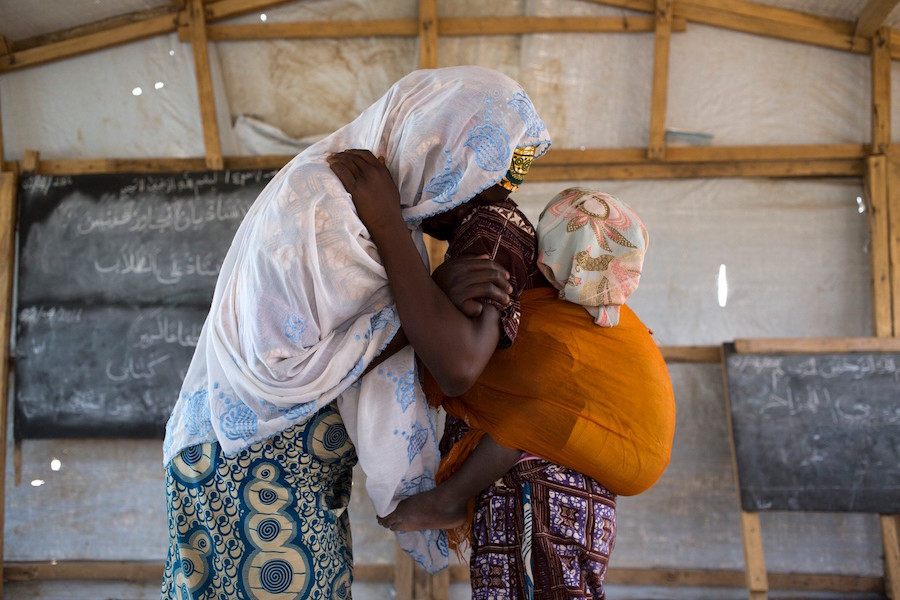 Sara Dinora Ramos, from Honduras, bathes her baby girl April, 4 months, at the Senda de Vida shelter in Reynosa, Mexico. UNICEF works to protect migrants like the Ramos family by advocating for their rights throughout their journey. For every child, clean water. 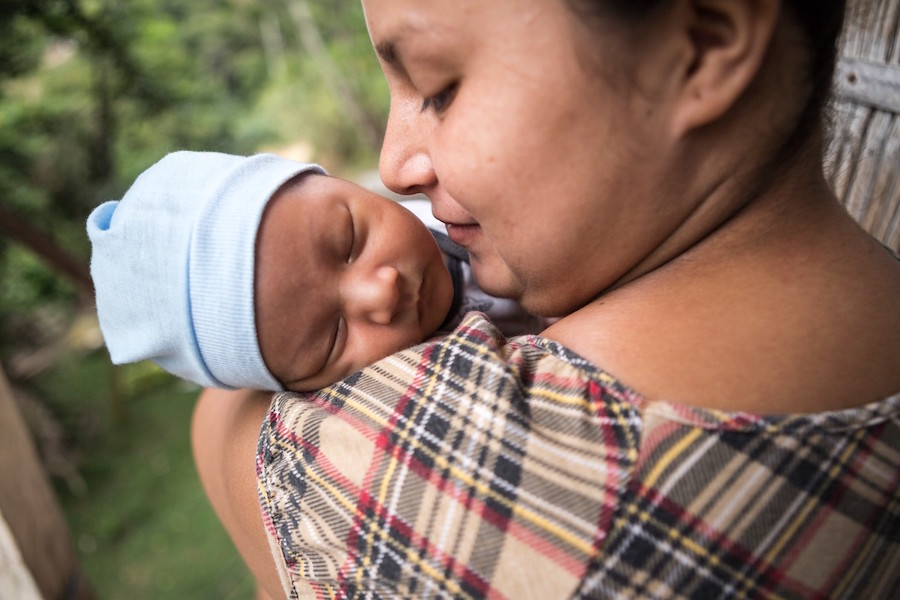 Yadira Zambrano holds her sleeping infant, Elias, in Bijagual, Ecuador. UNICEF and its partners are working to reduce the levels of mosquito-borne diseases to protect children like Elias. For every child, survival. 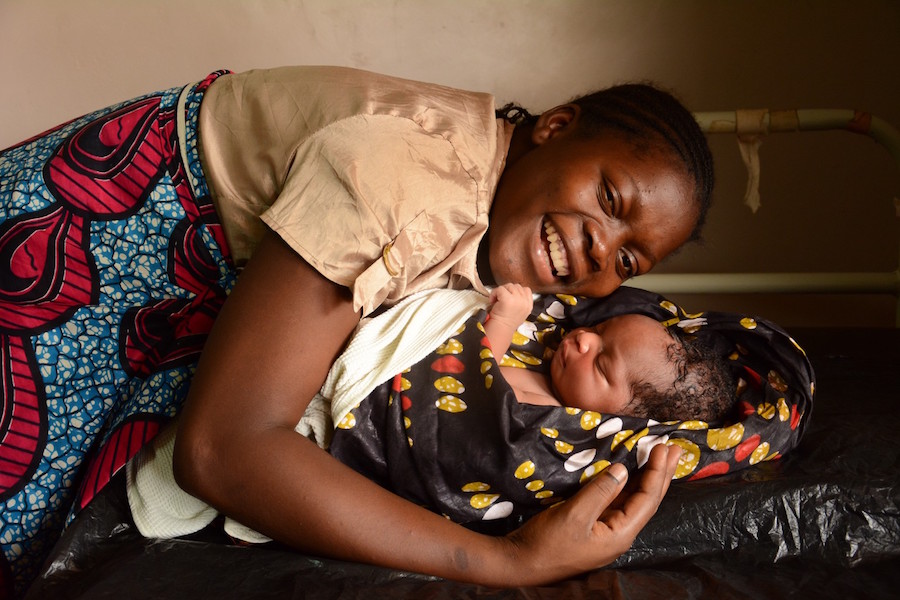 At Bwaila Hospital in Lilongwe, Malawi, Sara embraces her infant son. UNICEF works to improve the survival rates of newborns and children under 5 years old. For every child, vaccines.

Despite — and because of — the complexities of our world, in 2016, UNICEF’s commitment to children and their families was steadfast.
For every child, hope.