UNICEF is working to meet the immediate needs of children and families after the region's worst earthquake in 80 years.

The powerful earthquake that struck Nepal on Saturday has killed more than 5,000 people, and the death toll continues to increase. UNICEF is working to assist the 1.7 million children who urgently need help. 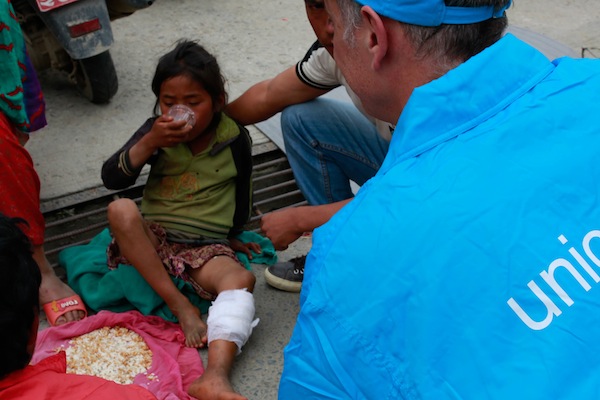 A UNICEF worker talks with the mother of a young girl, injured in Nepal's recent earthquake, at the Tribhuvan University Teaching Hospital in Kathmandu.

How UNICEF is responding

UNICEF and partners are working to reach 1.7 million children in 21 most severely affected districts, focusing on water and sanitation, protection, health and nutrition. Within hours of the earthquake, UNICEF delivered emergency supplies from its warehouses in Nepal, and has also airlifted supplies from its global warehouses. 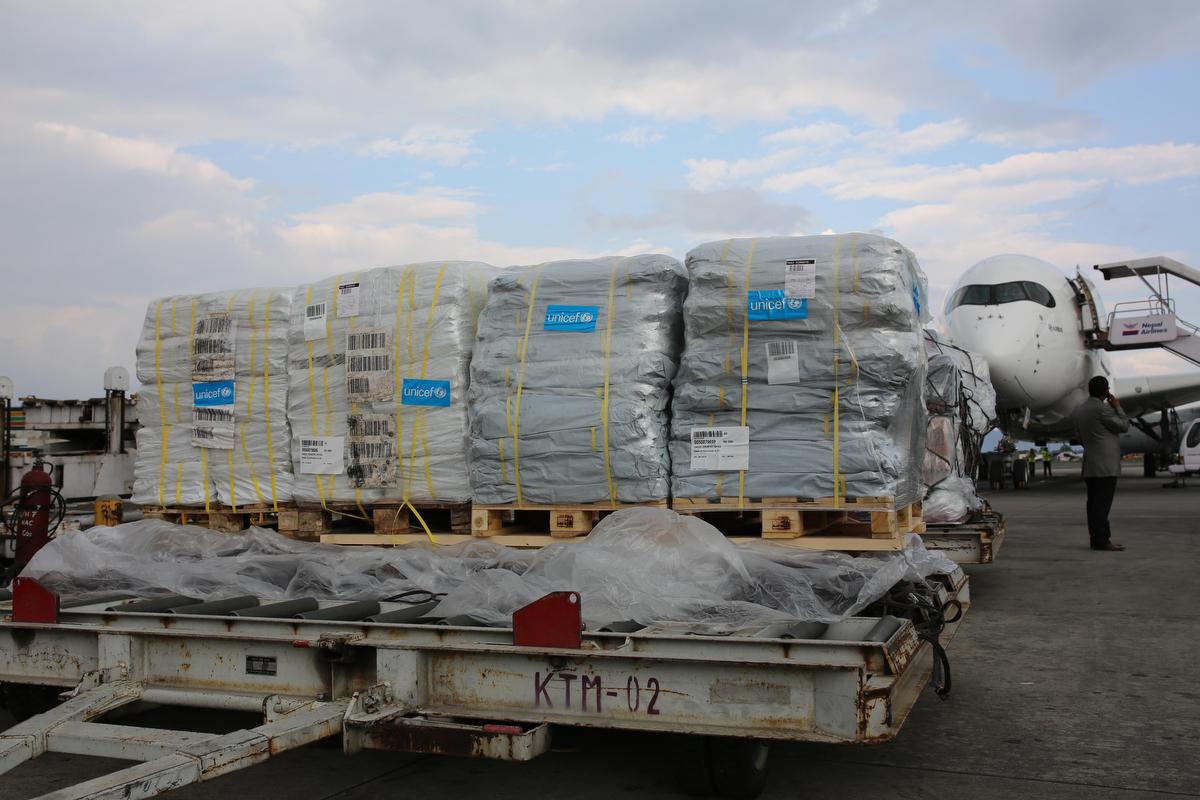 The response includes the following:

UNICEF has two offices in Kathmandu and has been working in Nepal since 1964 to save and improve the lives of the country’s most vulnerable children.

"The shake was like nothing I have experienced ... it shook for a long time ... Many people fear Kathmandu will have a high death rate.

I saw many people preparing to camp out in the main open parade ground in the middle of the street. Relatives were crying in the main government hospital where the dead were being lined up in front of the hospital building. People fear that other buildings will collapse.

My family is traumatized. We are five generations living under one roof — from a 100-year-old grandmother to my 16-month-old granddaughter. Strong aftershocks are keeping most of us up." 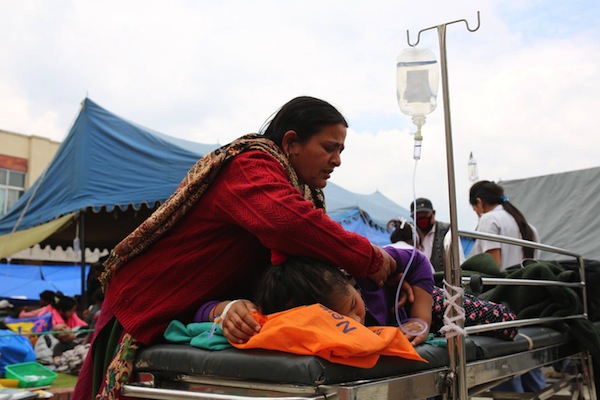 A mother tends to her injured daughter at Tribhuvan University Teaching Hospital in Kathmandu. Most patients have been moved to the courtyard as aftershocks continue. UNICEF is receiving requests for essential drugs, trauma kits and tents for Nepal's emergency hospitals. © UNICEF/NYHQ2015-1013/Nybo

Douglas Noble, UNICEF's Regional Health Advisor based in Kathmandu, describes the earthquake and its aftermath:

"The hills felt like they were crying out in agony ... We crouched to the ground huddled tightly and my wife prayed fervently as my daughter cried. A house nearby swayed back and forth, and villagers ran for cover. After a few minutes the shaking stopped and we headed to the middle of a muddy field.

[The next morning] we decided to go to our apartment first and sadly the damage was very extensive – we’ll never live there again and it will likely be demolished in the coming weeks.

The challenges ahead for Nepal are enormous ... Millions of people are affected by the crisis and two out of five of them are children."

Children and families affected by the disaster need your help immediately:

Learn about five ways you can help.