Dads in the Delivery Room

The first three years of life have a profound impact on a child's future, and fathers play a fundamental role in that development. The fathers featured here all want the best for their children, and all are taking on the responsibility to be more involved in their children's upbringing — becoming true co-parents.

UNICEF urges governments to implement national family-friendly policies that support early childhood development to give parents the time, resources and information they need to help their children survive, grow and thrive. "I came to see my baby's face," says Supidej Jaithon, 20, cradling his newborn son, Matt, and crying with joy in Lerdsin Hospital in Bangkok, Thailand. "My boss didn't allow me to take the day off because I had lots of work, but I don't care, my family comes first." Supidej read about fatherhood in the months leading up to his son's birth. "I don't expect much," he says. "I just want him to grow up to be a good person. I want to spend time with my baby, because my dad was away when I was a child." ©UNICEF/UN0203758/Zehbrauskas 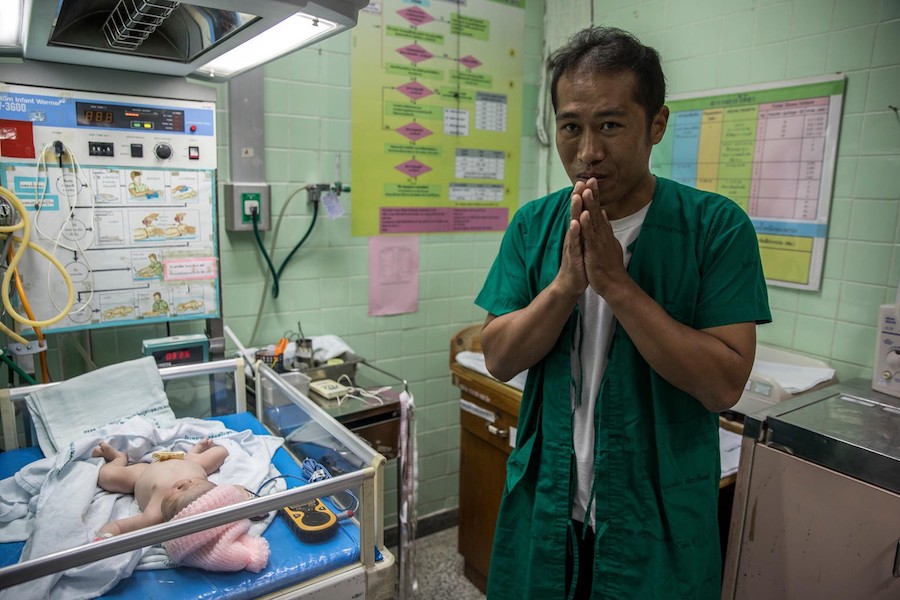 Sai Tlen, 38, meets his newborn daughter, born via cesarean section at the Health Promotion Center Region 1 in Thailand's Chiang Mai Province. She is his second child. "My wife told me to come to the delivery room and be with her. At this hospital, dads can go into the delivery room, except when it's a c-section, so I waited outside," he says. "It is a bit of a shame that my baby isn't that healthy, so I have not held her yet. I only touched her a little." ©UNICEF/UN0203779/Zehbrauskas 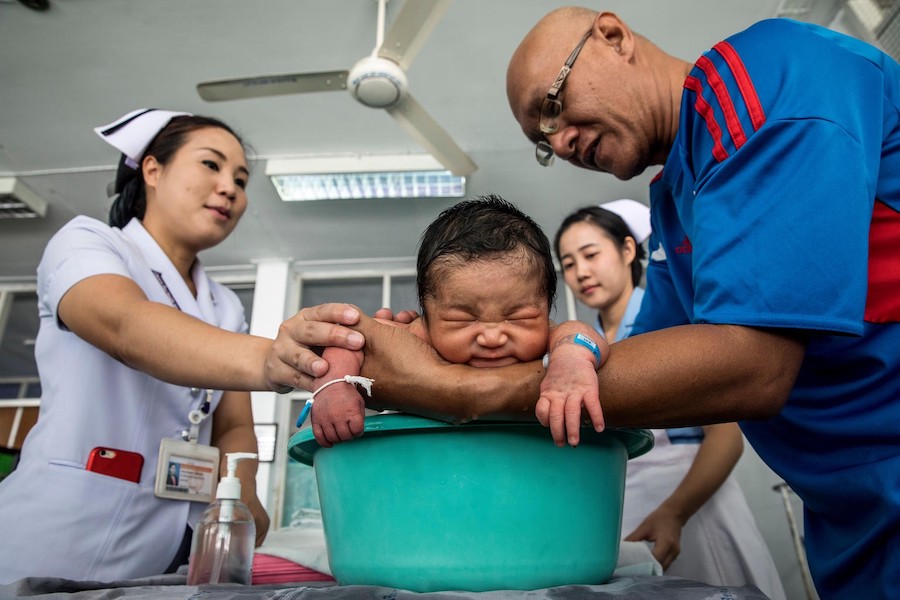 First-time father Somsak Hameyai bathes his two-day-old son, Sailom, during a parenting class at the Health Promotion Center Region 1 in Chaing Mai, Thailand. "I was so happy when I found out that I was going to be a father," Somsak says. "I always wanted a boy." When he held his child for the first time, he was overcome with emotion. "The baby looked at me and smiled. It's hard to explain the feeling. I feel love. I feel I love him so much. My hope for him is to grow up and be healthy. I'll be supportive of everything he'll do... if it's a good thing." ©UNICEF/UN0203775/Zehbrauskas 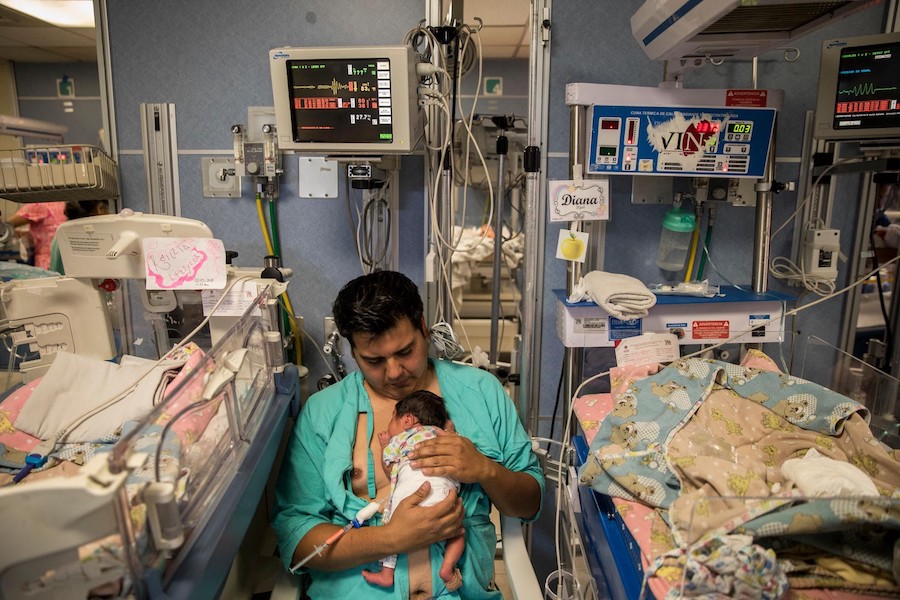 Gerardo Brito Rodriguez holds his 13-day-old premature newborn daughter, Diana, against his chest in the Instituto Nacional de Perinatología Hospital in Mexico City. Diana is his second child. "She was born with breathing difficulties," Gerardo says. "For my children, I wish more than anything that in their life, they are happy." ©UNICEF/UN0205032/Zehbrauskas 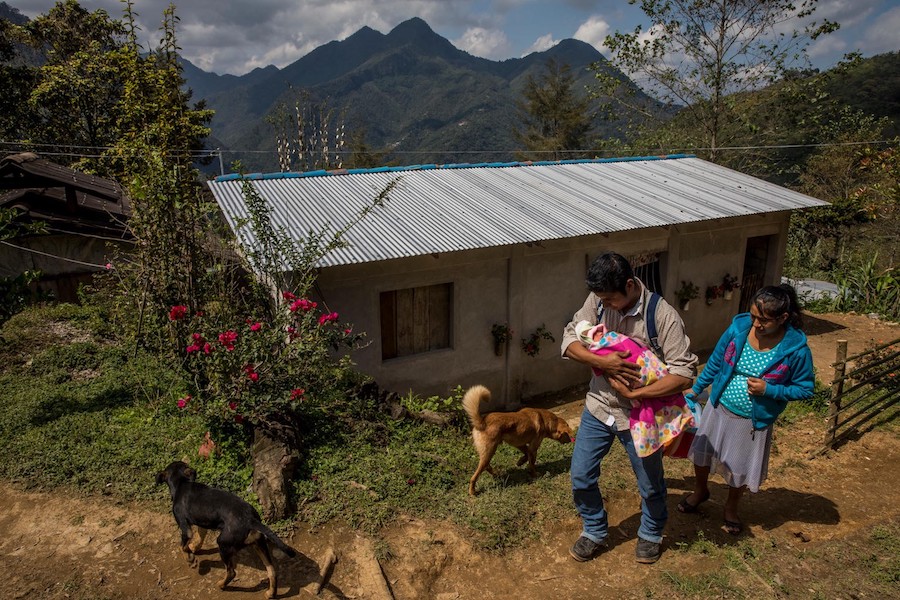 In Mexico's Veracruz State, José Santos Valdés Maldonado arrives home in Tlaxco with his wife and their newborn daughter, Deniss. When fathers nurture their children in their earliest years of life — by providing love and protection, playing with them and making sure they get the nutrition they need — their children will learn better, have fewer behavioral issues and become healthier, happier human beings. ©UNICEF/UN0209887/Zehbrauskas Alex Edmonds Brown holds his son, Harley James, in a private room in the maternity ward of the Royal Devon and Exeter Hospital in Exeter, Devon, England. Alex, a tanker driver, took two weeks of paternity leave to be with his son, who was born premature at 32 weeks. "I've been doing the skin-to-skin contact, and giving him lots of cuddles," he says. "It's so incredible to have something so precious so close to you. It's an overwhelming happiness, and I'm so proud of Katie [his partner] after everything she's been through. I'm looking forward to getting home as we will feel more like a proper family together." © UNICEF/UN0204086/Zehbrauskas 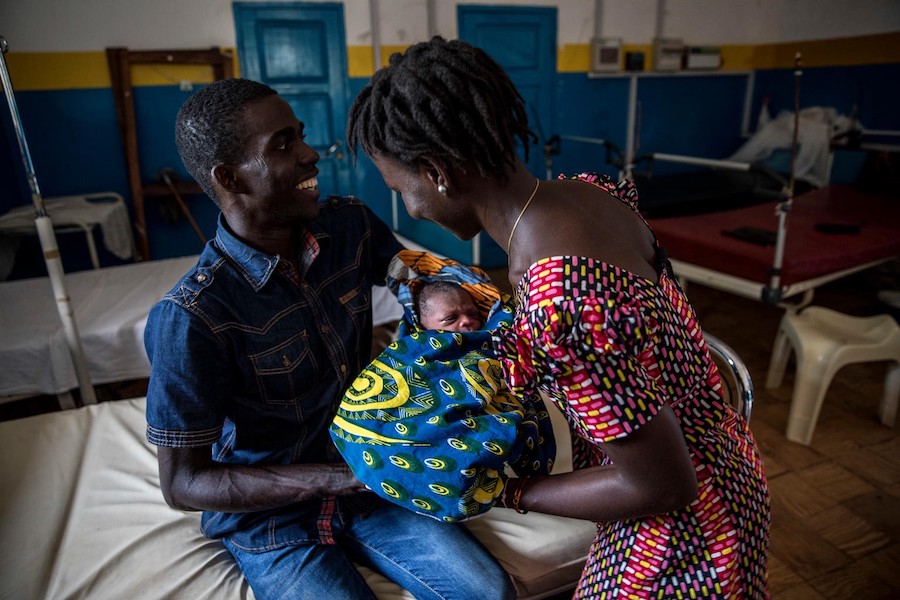 Juelmo Tchana Ncus, 31, holds his newborn baby for the first time at the Mother Teresa of Calcutta Maternity Hospital in the town of Bula, Guinea-Bissau. Concerned about the health of his wife, Cadi Mbana, and their child during delivery, he felt immense joy and relief when the baby was born healthy. His own father did not accompany his mother to the health center for his birth. It was not the tradition at that time. For Juelmo, being an involved father means taking care of his child, getting to know each other, and guiding his child in all aspects of life.

Honor your father this Father's Day by making a donation in his name to support UNICEF's family-friendly programs so children in crisis can get the love and care they need to thrive.

Photo at top: Jim Cherrett holds his six-week-old daughter, Piper, using skin-to-skin contact to encourage bonding and to maintain infant body temperature, in the neonatal unit of the Royal Devon and Exeter Hospital in Exeter, Devon, England. Piper was born prematurely, and her father is determined to be involved in her day-to-day care. "Any way I can — cuddles, reading to her, nappy [diaper] changes, feeding — everything I can do, I'll do it," he says. "Skin-to-skin feels a lot different than just holding a baby for a cuddle. It feels a lot more connected, more tranquil and peaceful. You focus a lot more, and appreciate how tiny they really are." © UNICEF/UN0204065/Zehbrauskas