On Sunday night, we came together in New York City with one purpose — to tell world leaders to put children first in their response to the refugee and migrant crisis.

On September 19, leaders from more than 180 nations convened in New York for the United Nations' first-ever summit on refugees and migrants — in the shadow of the largest humanitarian crisis of displacement since World War II. Today, they will reconvene at the invitation of U.S. President Obama, to identify commitments from participating nations in response to this crisis.

These sessions are critically important and have been described by the U.N. as a "watershed" moment for humanity. And UNICEF's focus, of course, is on children. UNICEF estimates that nearly 50 million children have been forced from their homes by war and poverty. Though called by many names — "refugees," "migrants," "displaced" — they are children first.

On Sunday, September 18, the eve of the summit, we hosted a candlelight vigil in honor of all of the world’s children in New York City's Dag Hammarskjold Plaza, steps away from where world leaders would convene the next morning. The goal: Remind these leaders that children are the crisis' most vulnerable victims and their needs must be put first.

Hundreds of people turned out with one message: They are children first. Below, in video and photos, scenes from the #ChildrenFirst vigil: 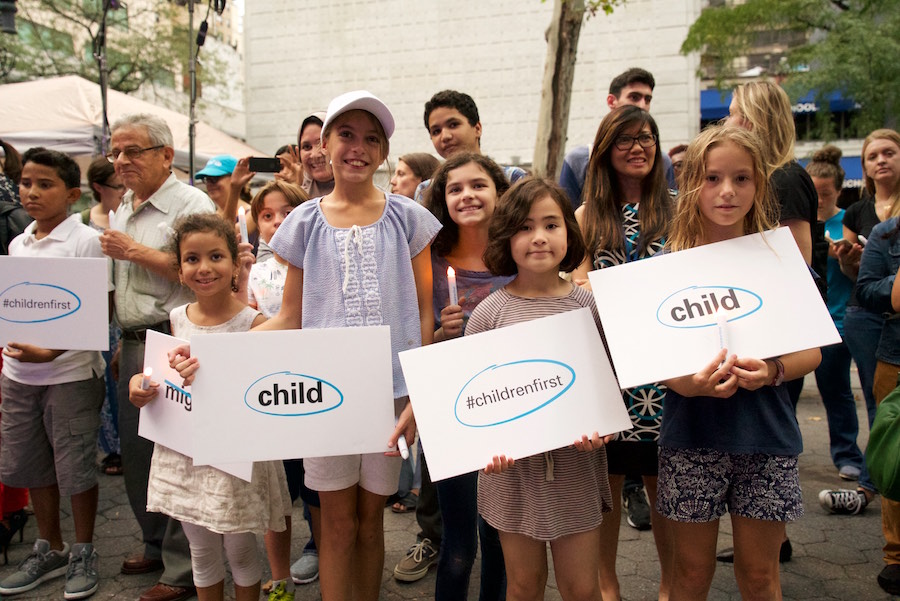 Young participants at the vigil. 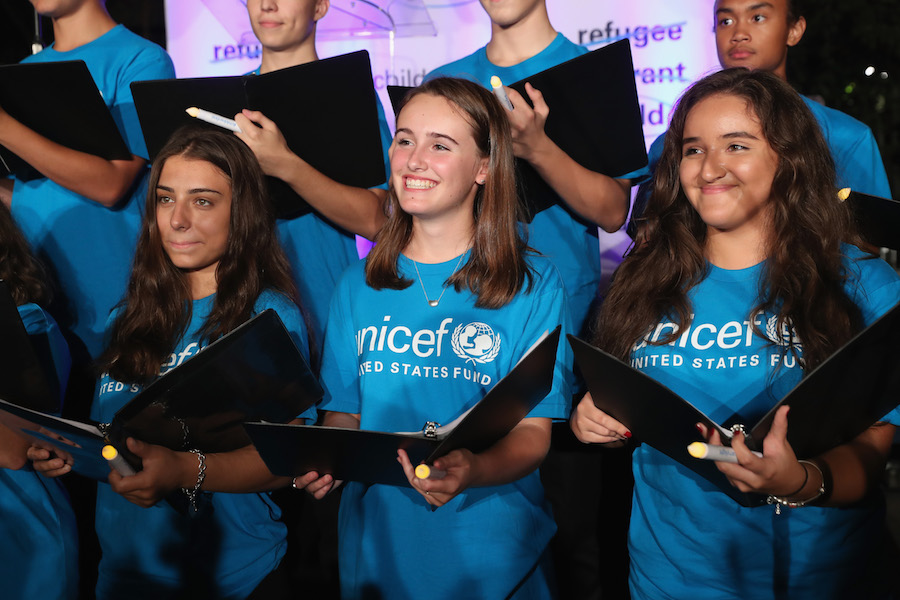 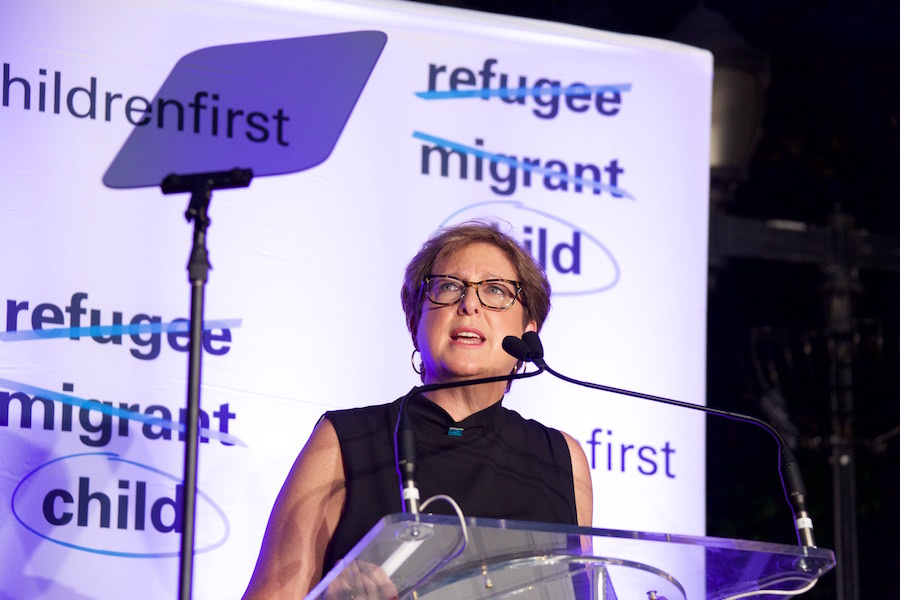 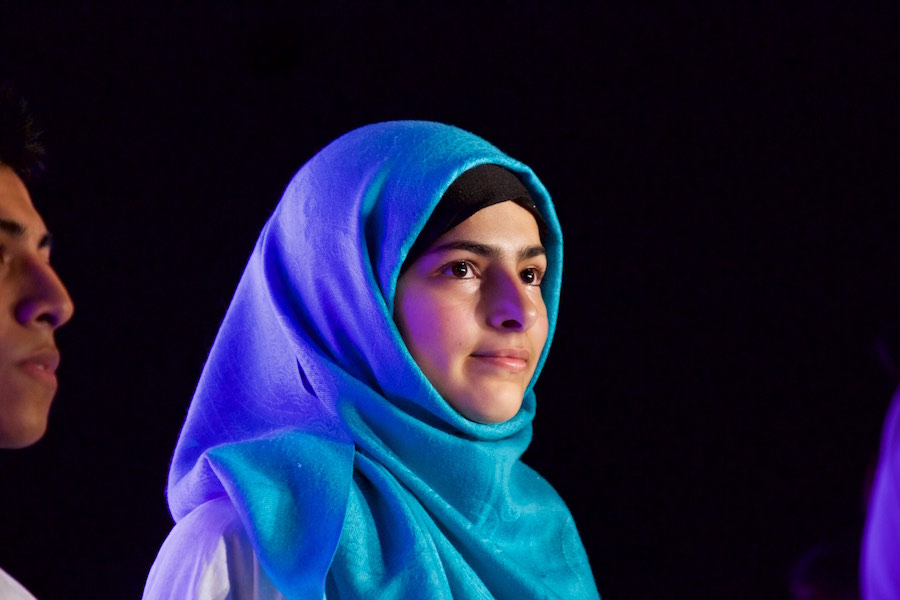 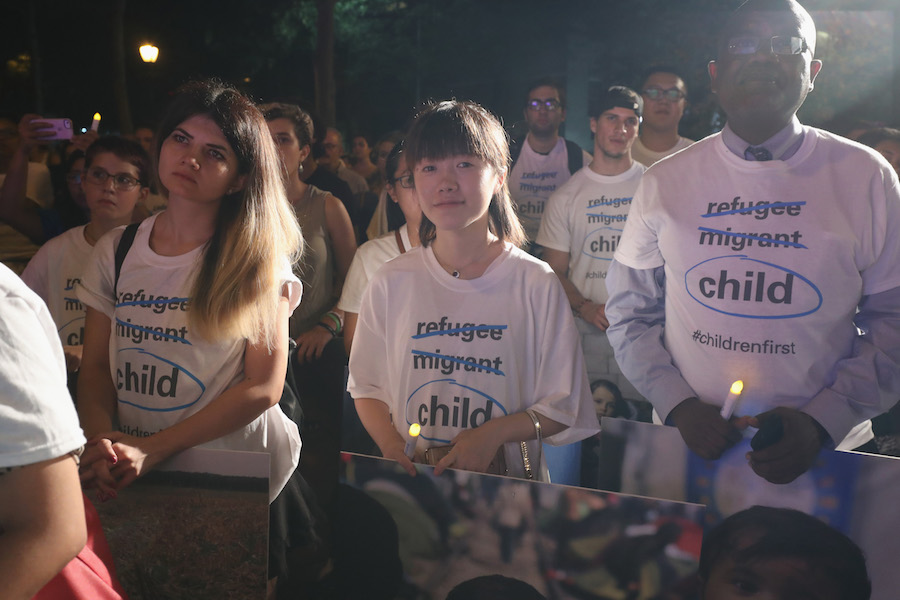 The participants shared one strong message. 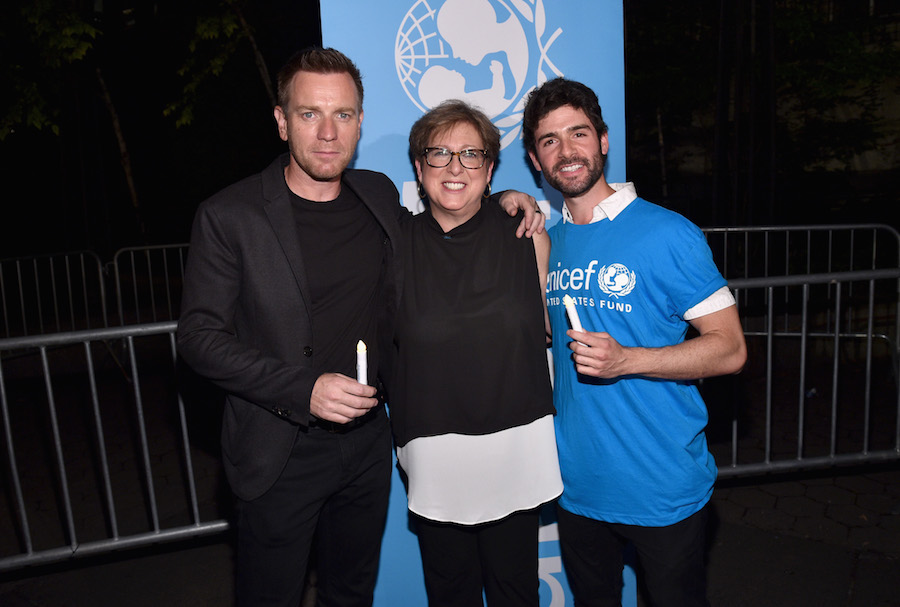 Learn more about UNICEF's response to the child refugee and migrant crisis.

U.S. Fund for UNICEF President & CEO Caryl M. Stern and Children's Defense Fund Executive Director Naomi Post write in TIME about why we must all take action to protect the nearly 50 million children uprooted around the world: Children Must Be at the Top of the U.N. Refugee Agenda.

Write a letter urging world leaders to put the needs of refugee and migrant children first.

The #ChildrenFirst vigil was made possible by the generous support of Alkhayyat Foundation in partnership with ALEX AND ANI CHARITY BY DESIGN, The George Harrison Fund for UNICEF, Global Citizen, ONE, Safe Passage Project, Terra Firma and the United Nations Foundation. All photos courtesy of Getty Images for UNICEF.