From Syria to the shores of the Mediterranean and beyond, UNICEF is working where children are cold and struggling.

WATCH: This is winter for Syrian refugee children in Europe.

The five-year Syrian conflict has forced more than 3 million children from their homes. 2.2 million are now refugees outside Syria's borders. Hundreds of thousands are trekking through Europe, searching for safety and a new place to call home. War has killed loved ones, destroyed homes and threatened childhoods. Now, for many, the immediate challenge is surviving a bitter winter. 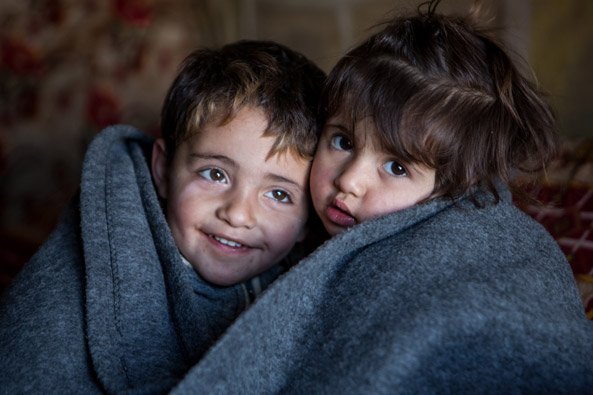 “If there is a storm or snow, I don't know how I can provide for them.”

With this year expected to be colder than last, UNICEF has been scaling up to provide winter supplies to 2.6 million children inside Syria and across neighboring countries.

The children in greatest need have often been displaced multiple times. Teba, 11, who has moved six times within Syria in the last three years, finds UNICEF's winter clothing kits essential to staying warm — and positive. She, her three siblings and her father live in an unfinished building on the outskirts of Damascus. She's lost so much, but not hope for the future: "I want to become a doctor when I grow up."

Teba in winter clothes from Unicef.jpg 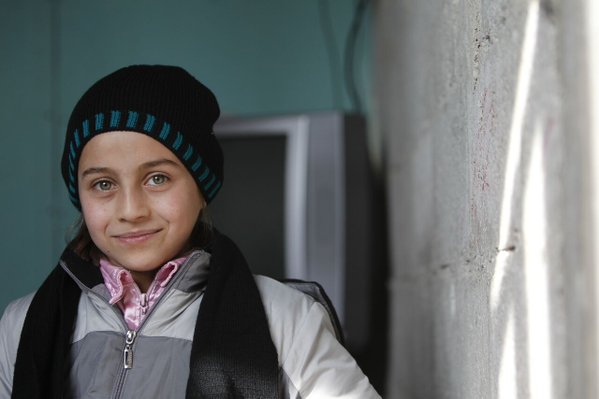 Teba and her family live in a poorly insulated building outside Damascus. UNICEF clothes keep her warm. © UNICEF/2015/Omar Sanadiki

Hope is fragile for families on the run. As of November, over 876,000 people have arrived in Europe. Many are ill equipped for colder temperatures. Weakened by poor nutrition and stress, they are susceptible to respiratory infections, hypothermia and pneumonia.

Traveling with two young children has been particularly hard on Ali Marge and his wife Fatima.  They fled Beirut and made it to Greece but no farther.  Macedonia's borders are closed to everyone but Afghanis, Iraqis and Syrians. Ali and his family have been left out in the cold — in a tent in a temporary camp. 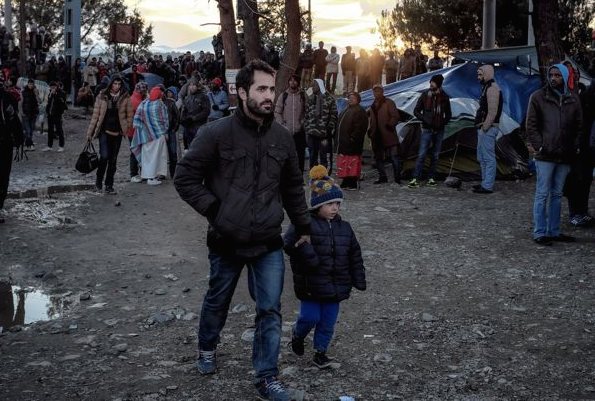 Ali Marge, his wife and two sons fled Lebanon and are staying in a refugee camp in Greece. “Being stuck here is a terrible feeling.” © UNICEF/UN03121/Gilbertson

"Being stuck here, not knowing what’s going to happen is a terrible feeling,” he says. “Especially for the kids – if there is a storm or snow, I don’t know if I can provide for them. I feel destroyed and I’ve lost my dignity.”

UNICEF is scaling up its Child-Friendly spaces in Croatia, FYR Macedonia and Serbia.  In the warmth of these safe environments, distressed children can rest and play, mothers can breastfeed and parents can stock up on winter clothing, hygiene supplies and baby food for the journey ahead. 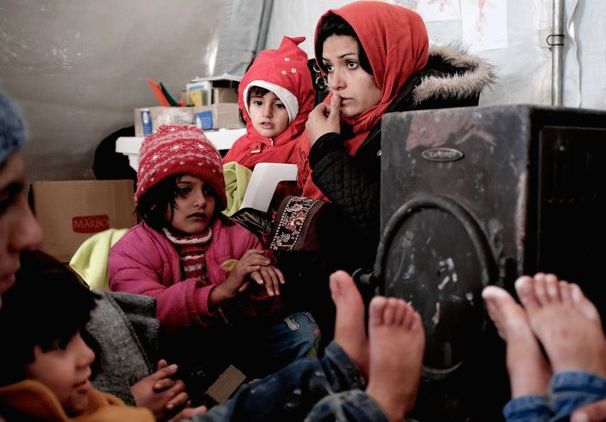 Mothers and children get warm by a stove in a UNICEF Child-Friendly Space at the Preševo migrant processing center in Serbia.

Nour and her two small children visited one such Child-Friendly Space in FYR Macedonia in late November.  Nour gave birth to her son Youssef just before ISIS drove them from Syria. She is still healing, and her time at the space gave her the strength she needed to press on.

“Syrian blood is very cheap,” she says. “The help that we received showed me that there is still a little hope.”

UNICEF's migrant coordinator Marie-Pierre Poirier knows how hard it is to keep hope alive. "... warm clothes, scarves and baby socks are not enough. Children on the move have lived through war, deprivation and hardship; they need stability, protection and support.” “The children have lived through war, deprivation and hardship — They need stability, protection and support.”

To keep pace, UNICEF and its partners, UNHCR, the Red Cross and Red Crescent Movement, are turning some Child-Friendly Spaces into Children and Family Support Hubs to provide holistic help — supplies as well as legal aid and family protection.

UNICEF is also extending its winterization program into other countries on the refugee-migrant route, including Greece and Slovenia, and prepping contingency supplies for countries like Albania, Bulgaria and Italy that could be added to refugees' routes as border restrictions tighten.

It will take nearly $5.5 million to finance that portion of the plan, but the costs to children of not acting are incalculable.

“I have been looking for humanity, but much of the time, I cannot find it," says Nour of her time on the run. The family's ultimate desination is Sweden, where she hopes to find “safety, rest, treatment and education – most importantly, education”

In the meantime UNICEF is doing everything it can to bolster the strength children and families like hers will need to get where they are going. How You Can Help Migrant and Refugee Children

UNICEF works around the world to help the world's most vulnerable children. Your support can deliver urgent assistance to children in need and prove that these children aren’t invisible. Please make a gift and help children on the run worldwide. You can also advocate for children or start your own fundraiser. Learn more.