The Convention on the Rights of the Child, the CRC, is an international human rights treaty designed to protect the most vulnerable people in our world: children. Let's join the world on child's rights and help protect children from violence and trafficking.

Every child has the right to safety - to be free from violence such as abuse, exploitation, and trafficking. And over 25 years ago, world leaders made a promise to protect that right.

In November 1989, the United Nations General Assembly unanimously adopted the Convention on the Rights of the Child – the CRC. For the first time in history, an international treaty recognized  all children’s needs for special protection and set an important precedent: children are human beings entitled to a full range of human rights—including civil, cultural, economic, political and social rights.

Only one nation has yet to join the international community in a promise to protect children. What country is still waiting? The United States of America.

Certainly, the U.S. has strong measures in place to protect children and we see respect for children’s rights across the country. However, we can’t ignore the fact that children are among the most vulnerable populations in the world, and their rights are routinely neglected instead of respected.

For UNICEF, the CRC is an important tool to help ensure that governments support, protect, and listen to children. It provides a framework for governments to analyze and report on conditions for children in their countries. At the U.S. Fund for UNICEF, we know that Americans believe children should come first. Ratifying the CRC would solidify global support for the rights of children and families, and allow the United States to work more closely with UNICEF to promote and protect those rights everywhere.

We believe ratifying the CRC would also enhance national and global efforts to protect children from trafficking. Article 35 of the Convention states: “The government should take all measures possible to make sure that children are not abducted, sold or trafficked.” Child trafficking is the act of recruiting, harboring, or transporting a child for the purpose of labor or sexual exploitation, and the CRC makes it very clear: trafficking is a violation of a child’s rights and denies them the opportunity to reach their full potential.

According to the CRC, a child also has the right to receive rehabilitation services if he or she is ever the victim of trafficking, abuse, or exploitation. Additionally, the CRC prohibits harmful child labor, sexual abuse, the recruitment of children into armed conflict, and “any activity that takes advantage of children or could harm their welfare and development.” Click here to view the full list of rights included in the CRC. 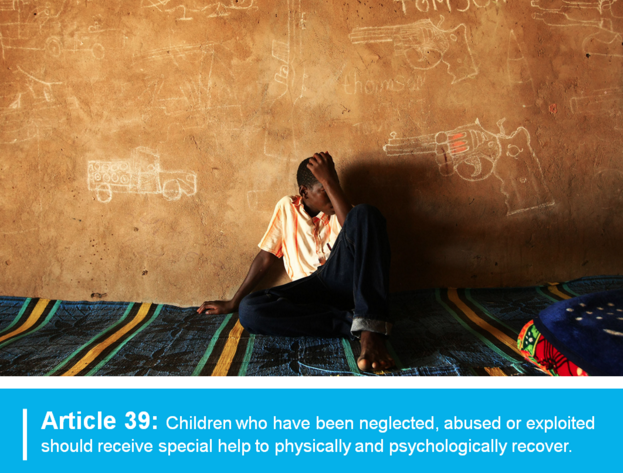 President Clinton signed the CRC 20 years ago, in February 1995. The next step in the ratification process is for the President to send the CRC to the Senate for its “advice and consent.” Now, over 20 years have passed and the CRC has still not reached the Senate floor.

When the Convention on the Rights of the Child was introduced, the world made a promise to children: that we would do everything in our power to protect and promote their rights to survive and thrive, to learn and grow, to make their voices heard and to reach their full potential.

Let’s be a nation that upholds that promise. Let’s be a leader in protecting the world’s children. Take action today!