One of Chicago's Young Ambassadors, Celia Buckman, blogs about their most recent meeting where they got a hands-on lesson in UNICEF's work in in global nutrition, health, and water.

I’m a member of UNICEF’s Young Ambassadors in Chicago, a group of 10-15 year olds who are educating, advocating and raising money in support of UNICEF.

Our most recent monthly meeting focused on tangible, fun, interactive activities to educate the young change-makers on UNICEF’s work. To kick it off, we created a homemade Plumpy’Nut, a peanut butter paste UNICEF uses in the field to combat malnutrition for children 0-2 years old. With a 90% success rate, Plumpy’Nut is used most in when children have been chronically malnourished, making recovery urgent and difficult. This destitute malnutrition is most common in areas such as South Sudan and the Central African Republic, where brutal conflicts have obliterated agricultural production. Our version of the life-saving paste, although not the exact same as is used in the field--was made of peanut butter, dehydrated milk, vegetable oil, and powdered sugar.

Next, we simulated water walks. When families lack access to clean water, the nearest source can be miles and miles away. Often, it is children who are assigned the chore of fetching water, taking time away from education and play. In Africa alone, 40 billion hours are spent collecting water annually. Although our simulation, a relay race carrying two-gallon jugs of water, was much quicker, and we carried just a fraction of what too many children are forced to carry daily, it helped us to better understand how hard it is. My arm ached after carrying the jug from one neighbor’s driveway to another; I can only imagine lugging it for miles.

In addition to these activities, we also practiced giving “elevator speeches” about maternal neo-natal tetanus (MNT), for which we are raising funds (it costs just $1.80 to vaccinate a woman and protect her and her future newborns). We also conducted an online measles simulation, where Young Ambassadors acted as UNICEF staff responding to a measles outbreak in Darfur. Young Ambassadors left the meeting even more excited and motivated to make change after experiencing UNICEF’s work on a deeper, more tangible level. 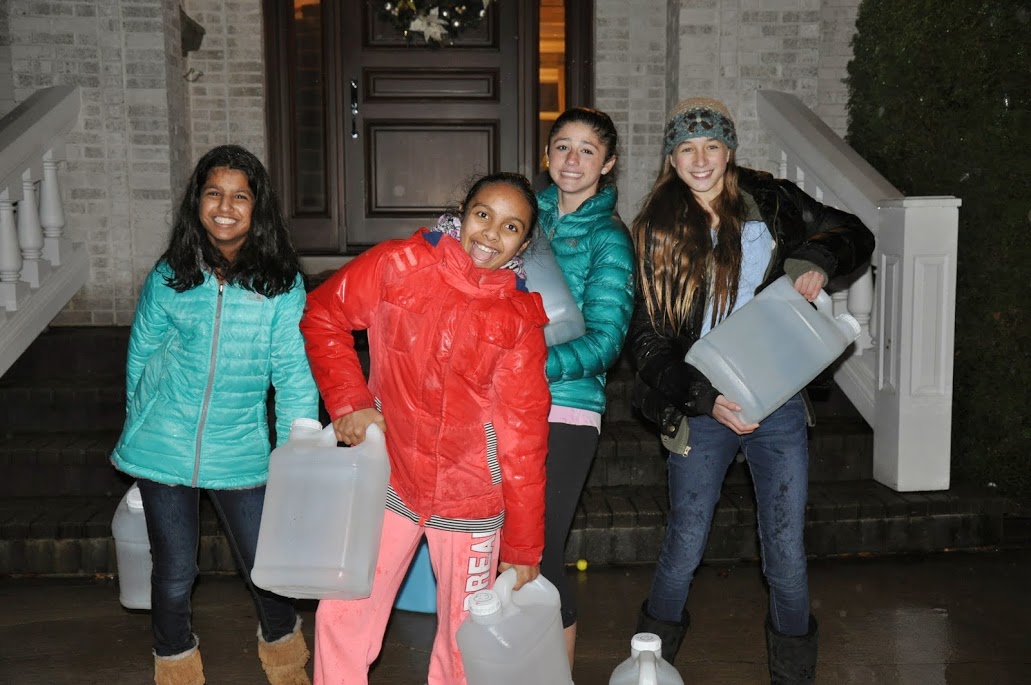