"Children should be the first to benefit from mankind's successes and the last ones to suffer from its failures ... for it is on how we bring up our children that our civilization is measured, our humanity is tested and our future is shaped." — James P. Grant, UNICEF Executive Director, 1980-1995

How will our civilization be measured by the events of 2016 — a year in which some of the world's most vulnerable children were tested by disasters both natural and human-made?

Earthquakes and drought, the powerful tail of a devastating El Niño, a Zika epidemic — and the gravest humanitarian crisis of our generation, a movement of migrant and refugee children larger than any since World War II. All of these emergencies challenged UNICEF as it moved forward with its mission of saving and protecting children.

Yet alongside the struggle came acts of kindness, acts of hope. The children and their families continually inspired us with their resilience and determination, no matter what the difficulties, to find the futures they deserve. Below: UNICEF's year in photos 2016. 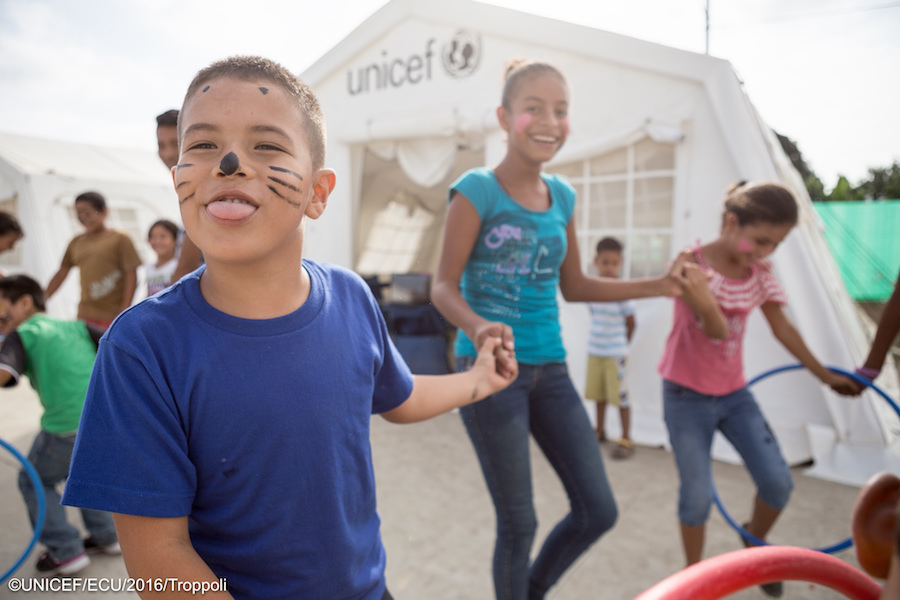 Ecuador  Kids play at a UNICEF temporary school set up in Tabuga, Manabí to serve children displaced by the April earthquake.  © UNICEF/ECU/2016/Troppoli 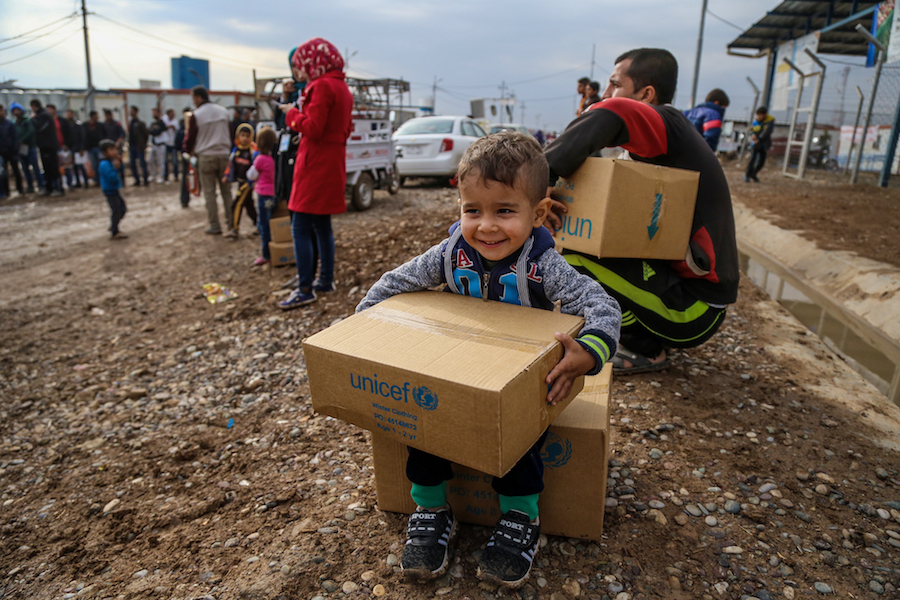 Syria Crisis  Rafi, 3, with a box of winter clothing his family just received at a camp for Syrian refugees in the Kurdistan region of Iraq. © UNICEF/UN042749/Khuzaie 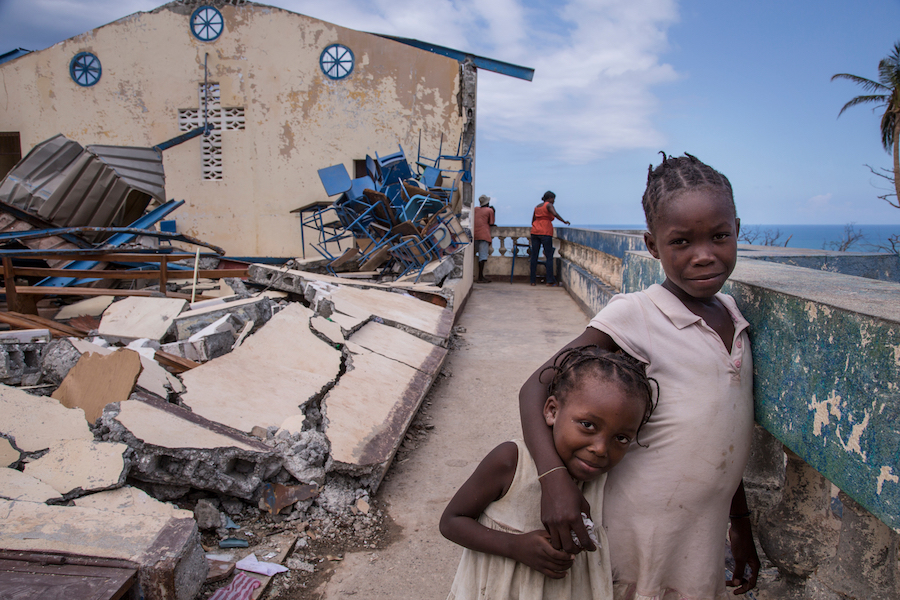 Haiti  Children at a church where 300 people sought temporary shelter after Hurricane Matthew destroyed their homes. UNICEF is working to provide critical relief to children and families affected by the country's worst storm in a decade. © UNICEF/UN035877/LeMoyne 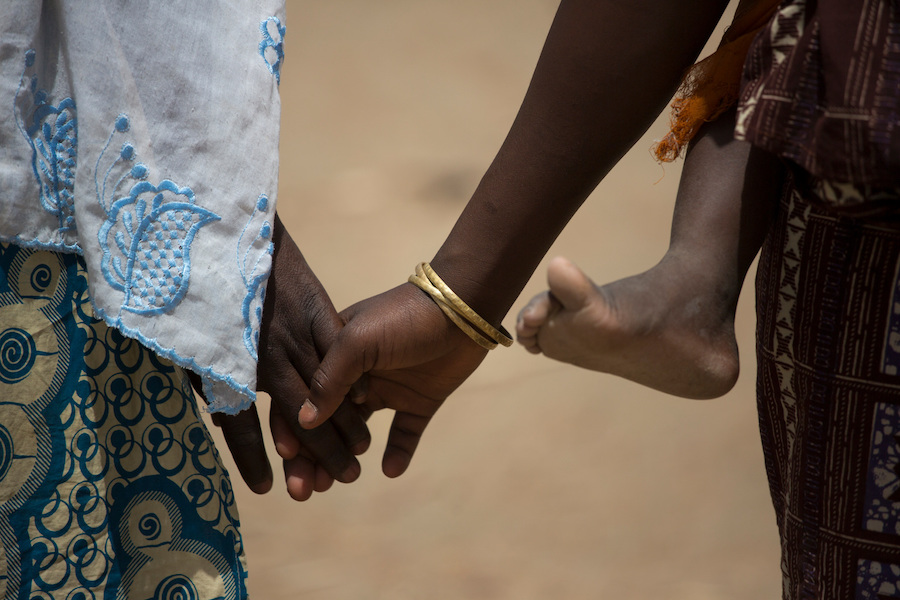 Boko Haram Crisis  Fati, 15, walks with her mother and carries her sister at Cameroon's Minawao refugee camp. The Nigerian girl was abducted by Boko Haram and forced to spend four months as an insurgent's wife. Freed by Cameroonian soldiers, she is now reunited with her family at the UNICEF-supported camp. © UNICEF/UN015785/Prinsloo 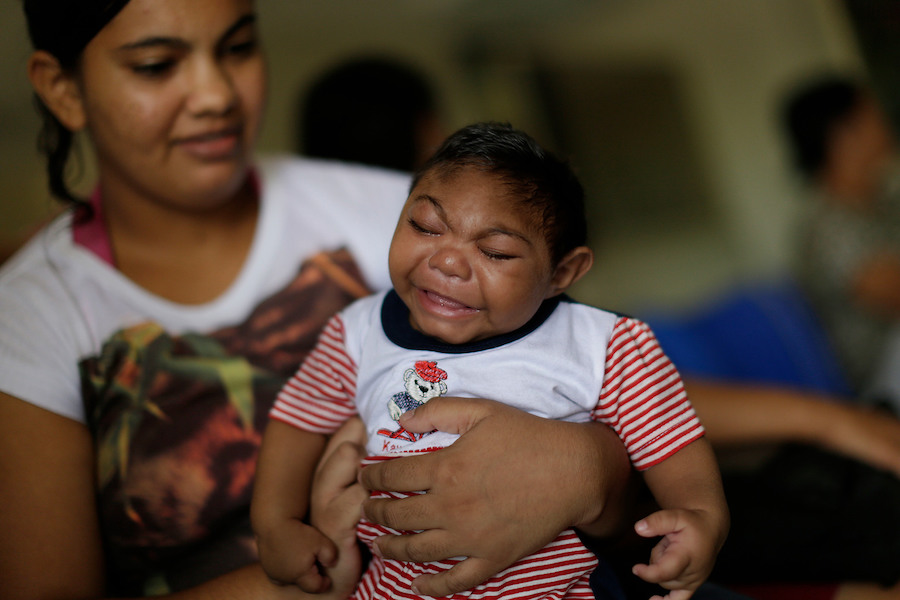 Brazil  Danielle, 19, holds her son Thalles, who was born with Zika-related microcephaly in Recife this February. UNICEF is working to help control the spread of the epidemic across Latin America and the Caribbean and mitigate its impact on children and families. © UNICEF/UN011573/Ueslei Marcelino 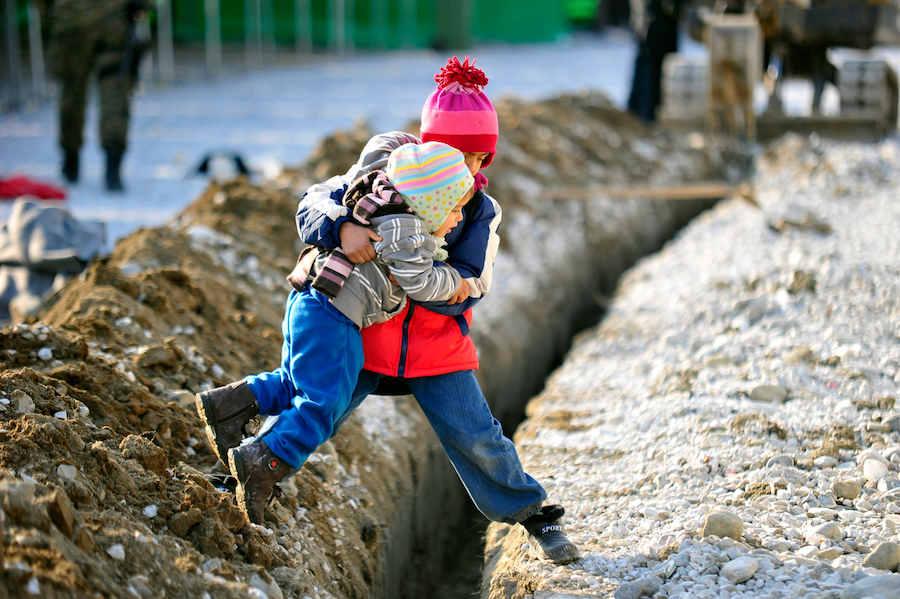 Child Refugee Crisis  A boy helps his sister across a ditch at a refugee and migrant transit center in FYR Macedonia. The scale of this crisis is staggering, with nearly 50 million children uprooted from their homes.  © UNICEF/UN05568/Georgiev Yemen  The children's "water trolley" in war-torn Taiz. In Yemen, where more than 19 million people need access to clean water, the daily search for the essential liquid is both challenging and dangerous. These kids created the trolley to get water to their houses more quickly. © UNICEF Yemen 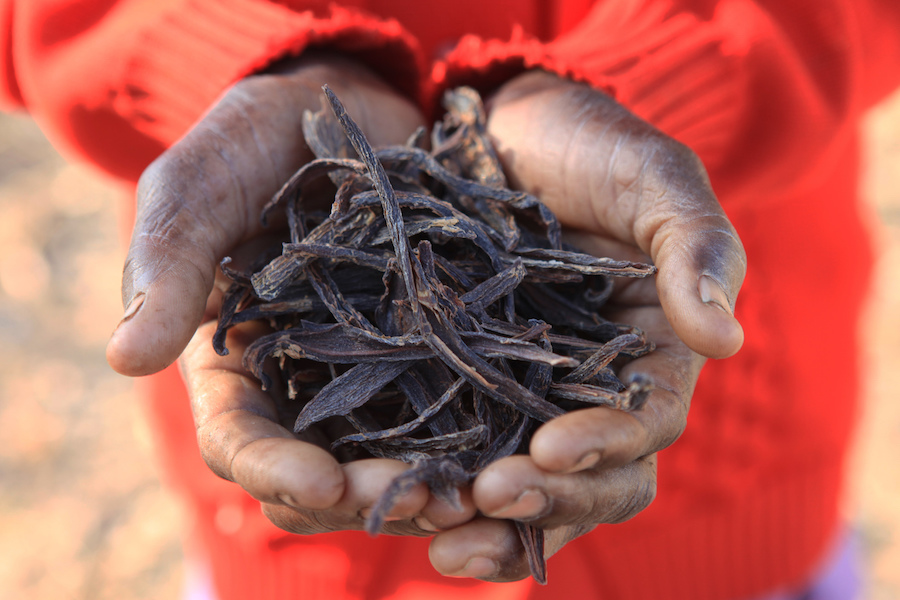 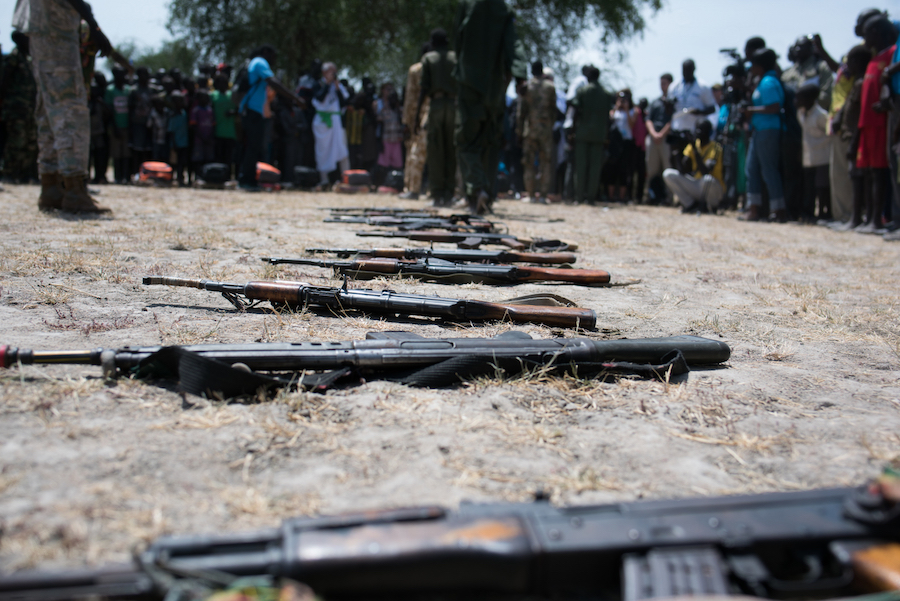 Children Not Soldiers  The use of children as combatants adds an even darker dimension to the already terrible conflict in South Sudan. In October, children with the Cobra faction waited to be demobilized in Pibor, South Sudan, their weapons seen on the ground. © UNICEF/UN037269/Lomodong 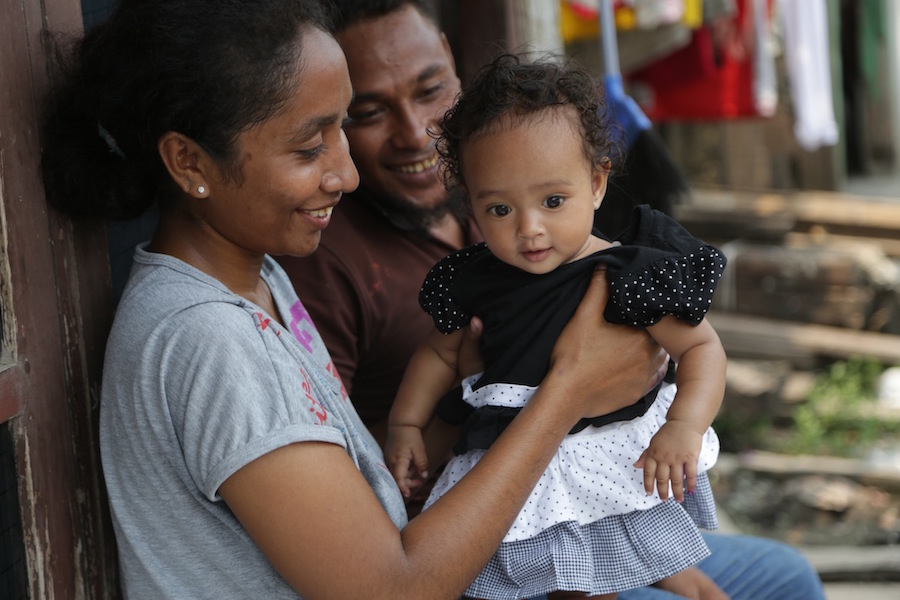 Indonesia  Santi and Lexi hope their daughter Tia Alestra, 5 months old, grows up to become a nurse. To make sure she grows up healthy and strong, they regularly bring her to a UNICEF-supported health center on Jakarta's outskirts. This March morning, Tia Alestra has just received her polio immunization. © UNICEF USA/Ibrahim 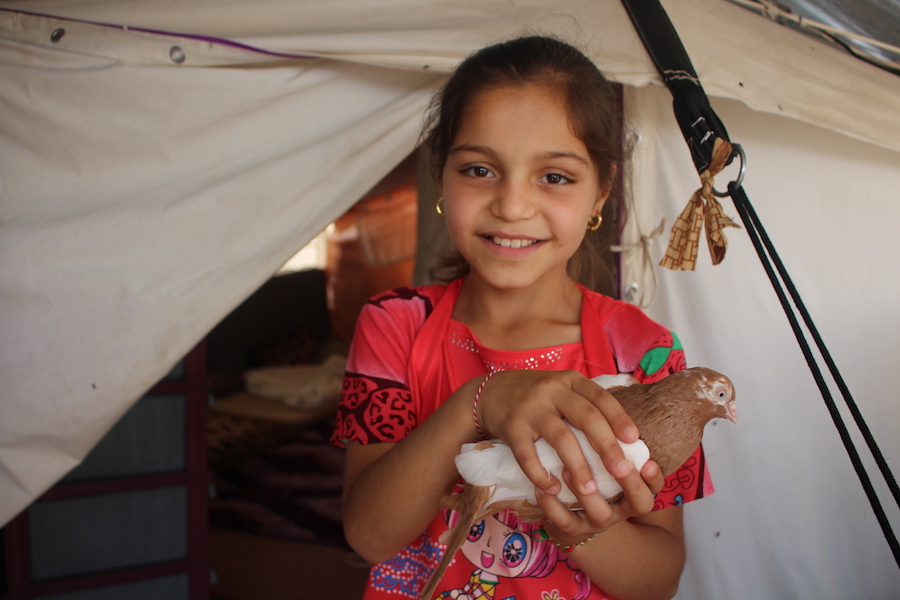 Iraq Crisis  Feleknaz has lived in Ain Al-Khadra refugee camp in Syria for the past two years after fleeing Sinjar mountain in Iraq. She now attends a UNICEF school at the camp. "I am first in my classroom this year," she says. "I want to be a doctor when I grow up." © UNICEF/UN020936/Hasen 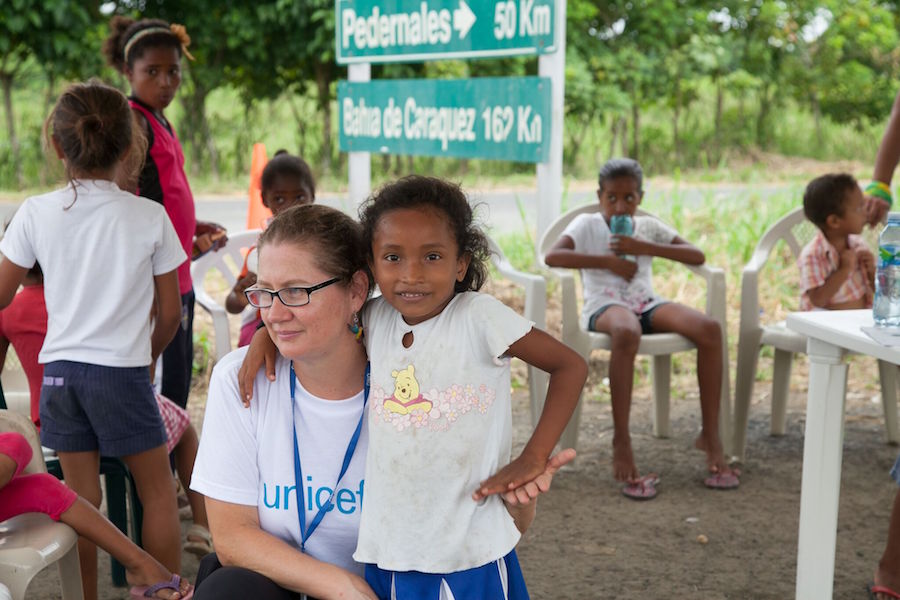 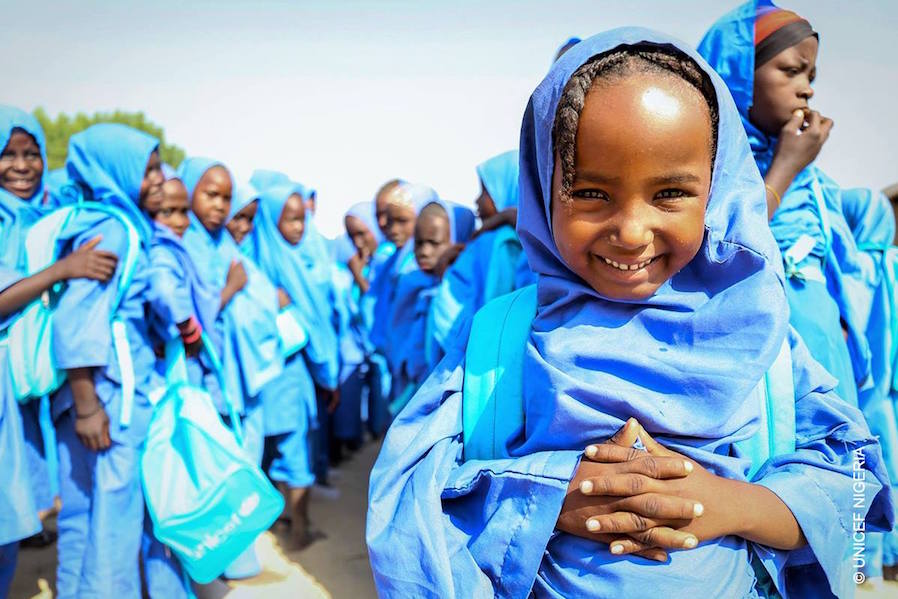 Boko Haram Crisis  Zarah, 5, is starting school for the first time. She and her family fled their village in Borno state, Nigeria under fire from Boko Haram. Zarah has lost so many things in her family’s flight from home. But thanks to a UNICEF school at the camp where she now lives, learning won’t be one of them. © UNICEF Nigeria