In This Central African Republic Hospital, Everybody Gets Treated

UNICEF is building a brand new operating wing at the Berberati Hospital in western CAR.

The conflict in the Central African Republic (CAR) has been disastrous for the health of children and women. Since December 2012, health care programs have been disrupted throughout the country, but in Berberati, there are signs of renewal. Madeleine Logan is a communications specialist based in CAR.

A small building dating back to 1936 stands in the shadow of a new operating room being constructed by UNICEF in Berberati.

We’re told it’s the hospital’s existing operating wing. Nearly 80 years old, it has only the most basic equipment and one small generator—no oxygen machine, no heart monitor and no gas for administering anesthetics. 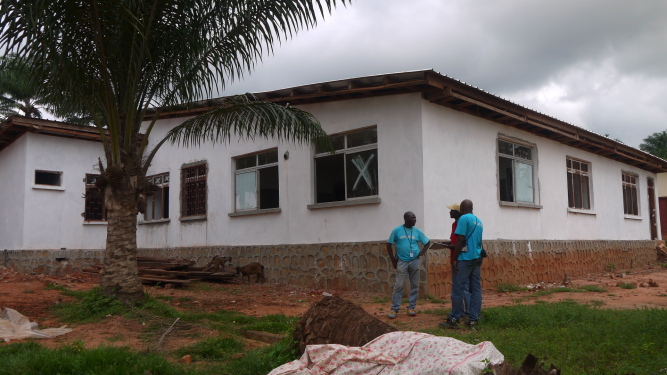 This is where Dr. Jean Thierry Behounde has been performing basic surgeries since he arrived as chief of medicine in Berberati in 2012.

Before the wave of violence in CAR hit Berberati in January this year, Dr. Behounde performed mostly cesareans. But with the arrival of rebel groups, the number of bullet wounds has tripled the load of operations per week from 10 to 30.

“The existing operating wing is at capacity. We are a center of referral for people in a 100-km [60-mile] radius of here, as well as the 180,000 people who live in Berberati,” Dr Behounde said. “Complicated surgeries are impossible with the lack of equipment. We have had a lot of infections because it is difficult to keep everything sterile is such an old building.” The construction of the new operating wing by UNICEF has been delayed by political instability and violence. On top of this, the road to Berberati has been degraded to such a point that it’s impossible to pass without the most powerful four-wheel drive. It’s difficult to find truck drivers willing to make the trip.

As well as this, the cost of building materials has increased, said Albert Longba, the builder who UNICEF contracted to construct the operating wing.

“The war has made access difficult. All of my Muslim suppliers in CAR were killed or their shops were pillaged in the violence,” he said. “I’ve had to import all the materials from Cameroon.”

Mr. Longba and the hospital team have persevered and the operating block should be ready in September.

There is a sign on the entrance to the Berberati Hospital that says: “I don’t want to know who you are, what you do, your race, or your religion; you are suffering and that is enough”.

As different rebel groups have fought for control of Berberati over the past six months, the staff have been threatened trying to uphold this mission. 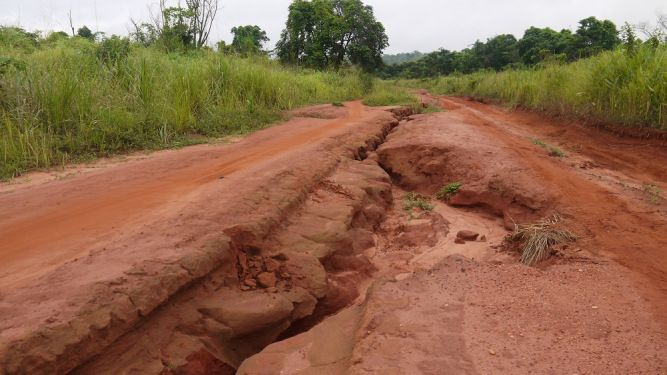 “You can still find lots of shells of bullets on the hospital grounds,” said Dr. Behounde as he shows us a bullet he extracted from a patient recently.

The city’s mayor fled, the directors of all the government departments fled, but the doctor stayed.

Even as the conflict took on an ethno-religious element, “we continued to treat Muslims and Christians alike,” Dr. Behounde said.

“When the rebels took over the city, I slept at the hospital. I asked the armed men to stay outside the front gates. But I couldn’t stop them when they stole the hospital’s only vehicle.”

Operating wing ‘will save lives’

Dr. Behounde says it will be a relief to move into the new operating block. Built with funds donated by UNICEF Italy, the block will feature two large operating rooms with air-conditioners, two rooms dedicated to sterilization, prep and recovery rooms, and offices for hospital staff.

“This new operating theater will save lives,” said Dr. Behounde.