UNICEF and partners are working tirelessly around the world to save and protect children.

The Central African Republic (CAR) has been called the most dangerous place in the world for children. Sectarian violence has ripped the country apart, killing tens of thousands of people and driving more than a million from their homes. Some 1.5 million children now require humanitarian assistance.

With 80 percent of the country under the control of local warlords, thousands of children have been recruited by armed groups. Some are used as soldiers; others are exploited as cooks, porters, messengers and spies. Girls often suffer horrific sexual and physical abuse.

Graciela, 17, was forced to join an armed group when she was just 11 years old, after she was ambushed on the road between Nola, in the southwest, and Bangui, the capital of CAR. The rebels took her to their encampment and put her to work as a cook. She was given a machete and trained to fight.

"They said I was lucky because I was a girl and they didn't want to harm us," she recalls. "In that moment, I decided that I had to flee. To find my family, to leave this group, to abandon them.

_900w.Graciela, 17, is a former child soldier and recently spoke at the UN during WCD.JPG 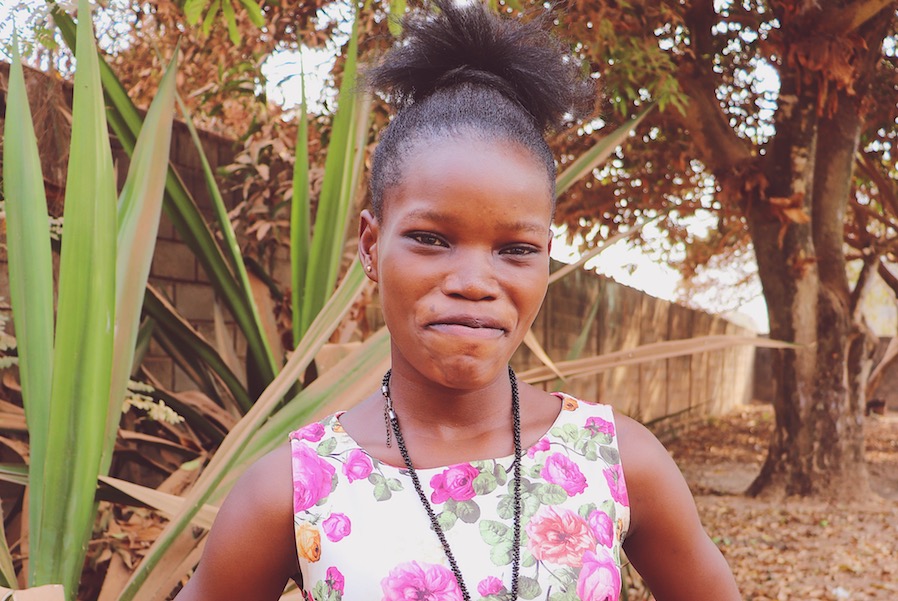 "I thought when I was in the forest that my life was already over. I will die here," says Graciela (above). "I would go rest at night and would pray and ask God to give me the strength to escape and rejoin my family. After a year and a half with the group, she finally ran away, eventually rejoining her sister and grandfather.

After his father died, Laurent* (his name has been changed for his protection) joined an armed group. He was only 15 years old. "It was to protect myself and earn money so I could support myself because I was poor," he explains.

Laurent* (above) became a fighter, a gunman and a spy. "You are given a weapon and you use it," he says. "If told to kill or attack, you do it."

Eventually, with UNICEF's help, Laurent* was released from the armed group and taken to a rehabilitation center where he learned how to read and write and received vocational training so he can earn a living.

Now 20, he dreams of a more peaceful future. "I want to help this country get out of this crisis," he says. "We need people to send help, so we can build the country — but not with weapons. Our fathers are old, so now it's up to the children to help.

"I am good now. But what about the others? Give opportunities to those kids that come after me. If you don't help them, the boys will join armed groups and the girls will go and sell their bodies. Among those children, there may be a Minister, a parliamentarian or a journalist. There may even be someone who'll be higher than you are!"

UNICEF and partners are on the ground working to help children in CAR. "The Central African Republic is quite possibly the most neglected crisis in the world," says UNICEF CAR Representative Christine Muhigana. "The Central African Republic's children have been abandoned for too long. They need attention and they need it now. They need it in the long run so that they can have a future they can look forward to, that they can aspire to."

Top photo: Twenty-year-old Laurent* (his name has been changed for his protection) is a former child soldier. With help from UNICEF, he was released and rehabilitated. He learned how to read and write, along with vocational skills so he can earn a living. © UNICEF/UN0239558/Gilbertson VII Photo