When you ask anyone in this country what freedom they cherish the most, you will likely get a variety of responses. Some are adamant to have the right to express themselves freely, while others may respond with the freedom of religion or the right to self-defense. However, one detail in the Bill of Rights often gets overlooked: “Congress shall make no law […] abridging the freedom of [...] the press.” When it comes to the fight for guaranteeing the rights of all children, the freedom of the press may, surprisingly, be our principal ally.

Today, May 3, is UN World Press Freedom Day, an opportunity for the citizens of the world to not only celebrate our freedom of the press but also tip our hats to independent journalists doing indispensable work to progress the children’s rights agenda. It is also an opportunity for us to reflect on the state of the media around the world and devise strategies to ensure personal safety is the least of reporters’ concerns.

People with disabilities have long been the subject of unconscionable atrocities. Their unique characteristics often made them subjects of gruesome scientific studies, testing the limits of human physiology. In other cases, they have been labeled as lost causes who do not have a place in polite society, and, as a result, being banished to mental asylums for life. Throughout history, governments have turned a blind eye to, and, in many cases, encouraged, or even funded such programs. Thus, state-run media has had little to gain from covering such stories.

In 1939, such an incident occurred. Mary Tudor of the University of Iowa conceived of an experiment in which he would test her hypothesis that long-term stuttering could be induced in young children with minor stutters. Tudor and Professor Wendell Johnson registered eleven local kids, aged five to fifteen, all with minor speech imperfections, and routinely berated them every time they had a speech block or misspoke for the next five months. The children were left with irreparable damage caused by the trauma they had to endure.

No one knew about this “research” for years. That was until Jim Dyer, a freelance journalist at the San Jose Mercury News broke the story. The victims of the experiment, now much older, had all been traumatized to the point that they would not discuss their experiences with others. Without Dyer’s work, the victims of what is now known as the “Monster Study” would never have gotten an apology and compensation from the University. Now, the Monster Study is in many major college psychology textbooks, imparting a crucial lesson about using differently-abled people for scientific experiments.

Individuals with mental illness have also long suffered a fate similar to those with disabilities. Nellie Bly, a now-famous reporter, published exposés on press crackdowns and the mistreatment of those with serious mental illness in the early twentieth century. As a pioneering female journalist, Bly embarked on a trip to Mexico and reported on the arrest and imprisonment of a local reporter. Her critique got her in trouble with Mexican authorities and she was narrowly able to escape the country. Once she was back in the United States, Bly went into Blackwell’s Island Mental Illness Center in New York as an undercover patient. There, she saw firsthand the ice water baths the patients were forcibly dunked into, the ropes used to tie up patients who did not or could not comply with arbitrary orders, and the undrinkable water served to them. Her book, Ten Days in a Mad-House shone a spotlight on these practices, which affected adults and children alike.

World Press Freedom Day should be a reminder to all of us that we can only help those in need if we know who needs help. Journalists reveal deep-rooted problems in our society, and only then can we act.

If Bly’s book were to have been published in Mexico, where dissenting journalists were locked up, perhaps the disabled at Blackwell’s Island would be facing the same treatment today. If Dyer lived in another country where the freedom of the press is restricted, it is possible that stutterers would still be the subjects of cruelty in the name of science. If driven reporters like Sadyrzhan, a Chinese Muslim living near Xinjiang Province in China, were not risking their lives to investigate human rights abuses against Uyghurs, we would not even know about that being a battle we must prepare to fight. World Press Freedom Day should be a reminder to all of us that we can only help those in need if we know who needs help. Journalists reveal deep-rooted problems in our society, and only then can we act.

The next time you see an inspiring local news story or a documentary, take a moment out of your day to thank the journalist for finding and digging into the story. They are people just like us who have dedicated their lives to finding problems that we take the credit of finding solutions for. Whether it’s through an Email, YouTube comment, or donation, let journalists know you appreciate their work. Finally, don’t forget to be grateful that you live in a country where these superheroes can do their jobs without fear of retribution. 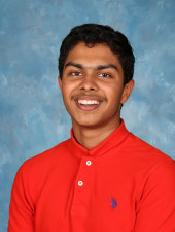