The Caveat to the Americas' Victory Against Measles: Keep Vaccinating

Defeating a vaccine-preventable disease like measles — as the U.S. and the rest of the region of The Americas have done — requires vigilance. Making sure every child stays immunized is the only way to keep the virus from coming back.

Vaccines save 3 million kids' lives each year around the world — see our infographic here.

The elimination of measles in The Americas was one of 2016's most remarkable achievements in global health. And it is certainly cause for celebration that one of the most contagious diseases known to humankind is no longer indigenous to the U.S. and the region's 47 other member countries and territories.

However, this happy development comes with a caveat: as long as measles exists anywhere in the world, children are at risk. It means that vaccination efforts must not be allowed to stall. The forming of a new global vaccine coalition — a partnership of public donors and private industry committed to advancing vaccine development and technology, announced this week in Davos — reflects both the urgency and the multisector consensus surrounding the issue. 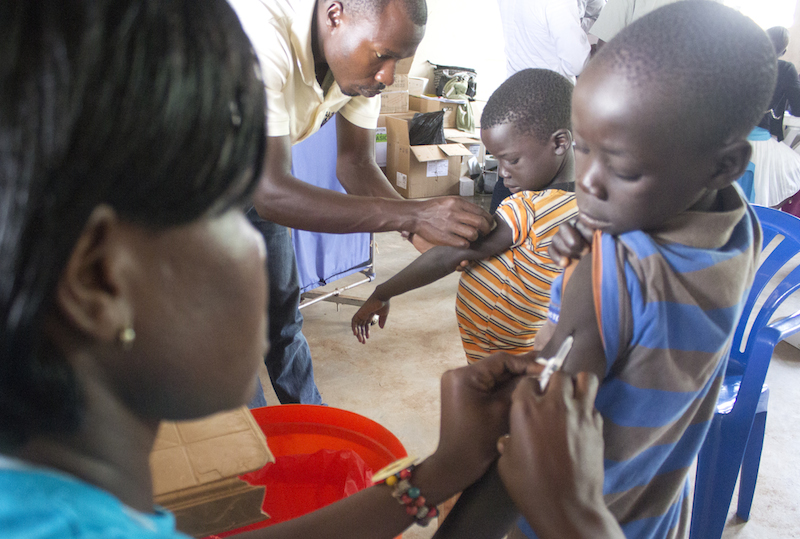 Gaps in immunity — anything less than 95% vaccination coverage is considered suboptimal — are why outbreaks still occur even in areas previously declared "measles free." Viruses don't respect borders; hundreds of measles cases reported in the U.S. in 2015, for example, were travel related, linked to U.S. residents returning from an overseas trip or infected foreign visitors coming in.

Progress against measles has been significant, to be sure, and not just in The Americas. UNICEF and its partners have successfully vaccinated 1.8 billion children worldwide since 2000, helping global death rates to plummet by 79%, from 651,000 to just over 134,000 cases annually, and saving more than 20 million young lives.  And yet some 360 children still die every day from the disease, which attacks the respiratory tract. Survivors are often left with life-long disabilities, such as blindness, deafness or brain damage. 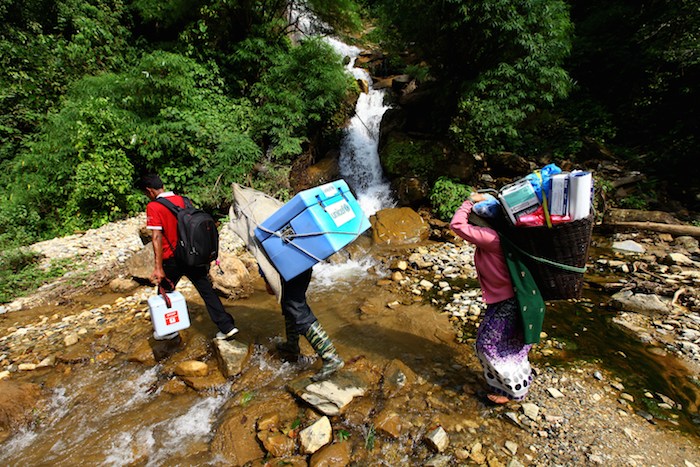 Immunizing children in remote and hard-to-reach areas, such as the epicenter of the April 2015 earthquake in Nepal, remains one of the greatest challenges in the global fight to end child deaths from measles and other vaccine-preventable diseases. © UNICEF/Panday

Conflict and disaster zones leave children particularly vulnerable, which is why vaccinating children for measles, polio and other vaccine-preventable diseases is a critical component of every UNICEF emergency relief effort. Other barriers include misinformation and mistrust of vaccines in some communities, and difficulties reaching children in remote areas.

"Making measles history is not 'mission impossible'," UNICEF's Immunization Chief Robin Nandy says. "We have the tools and the knowledge to do it; what we lack is the political will to reach every single child, no matter how far. Without this commitment, children will continue to die from a disease that is easy and cheap to prevent."

Help UNICEF keep kids safe from measles. It costs less than $1 to protect a child through immunization.