Students at Roslindale’s Haley Pilot School bounced around with excitement as they raced each other in cup-stacking competitions and engaged in team building during UNICEF’S Kid Power celebration event on Monday, March 28, 2016.

Haley’s fifth grade students were cheered on by teachers, target volunteers, Boston’s public school superintendent, and of course, U.S. Fund for UNICEF board members, staff, and president. Without a doubt, the room’s beaming energy and enthusiasm confirmed everyone’s devotion and eagerness to help severely malnourished children in underdeveloped countries.

The celebration event caps off UNICEF’s successful Kid Power Month, which ran from March 7th to April 7th, 2016. Kid Power motivates children to get physically active with the aim of providing lifesaving nourishment for children in underdeveloped countries. Children wear wrist bands that record physical activity and reward them with points that unlock UNICEF funds. For every 2,400 steps, 10 points are earned to unlock one packet of high-density, peanut paste to help a child recover from severe, acute malnutrition in Haiti, Burkina Faso, and Uganda. A regimen of 150 packets over 30 days can save a child’s life.

Kid Power has been a grand success thus far, with almost 115,000 children participating in the United States, Scotland, and the Netherlands, with about 5,000 in Boston. Students have already unlocked enough therapeutic food packets to treat over 2,780 severely malnourished children.

Roslindale’s Haley Pilot School is one of 32 Boston public schools and 57 across Massachusetts participating in the UNICEF Kid Power program. Students appear to be very motivated by the opportunity to help other children around the world. 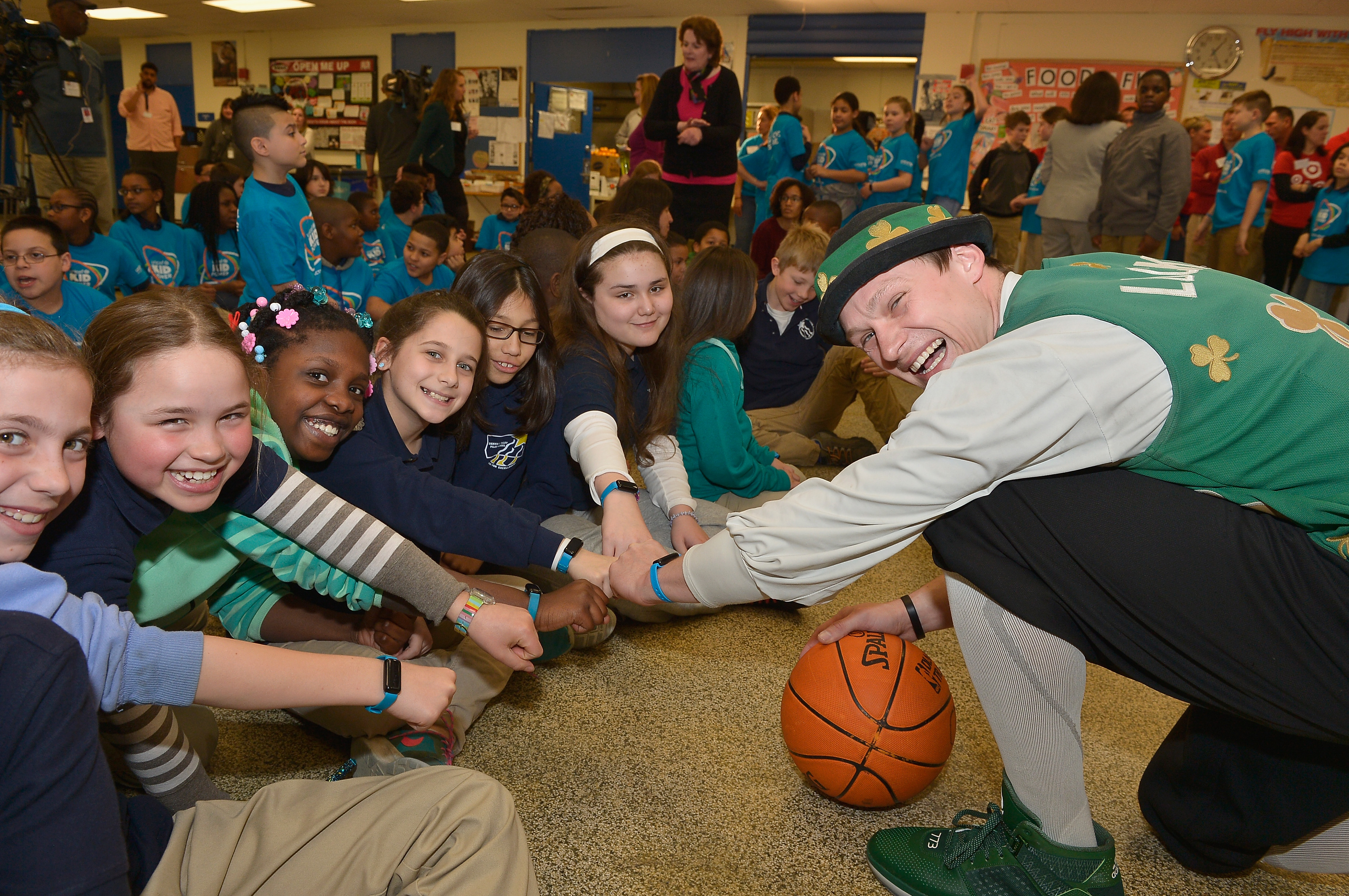 Kid Power not only provides lifesaving nourishment to children in underdeveloped countries but also targets obesity in children in the United States. The program beautifully unites local communities, sports teams, and partners in celebrating the impact being achieved by participating students.