In March 2020, the U.S. effectively halted asylum processing at its borders, citing public health concerns related to the COVID-19 pandemic and invoking Title 42 of the U.S. Code, which grants the U.S. Government the ability to take emergency action to stop the spread of communicable diseases.

Asylum seekers — many of them children and families fleeing violence, poverty and other threats to their health, safety and well-being — began to be expelled without due process or access to adequate protection screenings.

Several court rulings have noted the vagueness and varied interpretation of Title 42. After months of litigation that prolonged the implementation of the policy, a federal court ordered the use of Title 42 halted; but then the Supreme Court granted a temporary stay in lifting the policy, keeping it in place indefinitely. Further litigation is underway.

UNICEF and others remain deeply concerned about the prolonged implementation of the policy — and strongly support ending Title 42 once and for all. 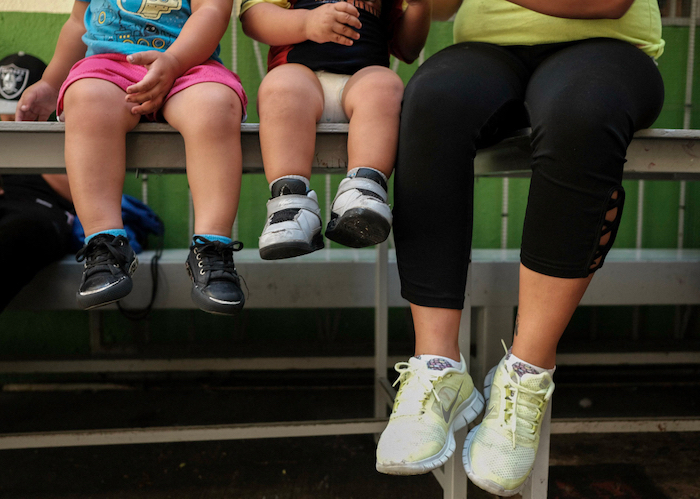 Asylum seekers from Guatemala waiting in a shelter in Tijuana, Mexico for their asylum case to be processed. ©  Balam-ha Carrillo for UNICEF Mexico

In the nearly three years that Title 42 has been in place, more than 287,000 children and families arriving at the southern U.S. border have been expelled without access to regular immigration processing, including asylum, or adequate health and protection screening.

The rise in the number of asylum seekers, combined with the expulsion of children and families, has created a dire humanitarian situation in northern Mexico and in countries of origin, where critical services for those returned are stretched.

The families that continue to wait at the border for the U.S. to open its doors — as well as those who are expelled — are exposed to dangerous conditions, including heightened risks of trafficking, exploitation, violence and abuse at the hands of smugglers and cartels.

The demographic makeup of the asylum-seeking population continues to shift. As an increasing number of Haitians and other Black, non-Spanish-speaking migrants — individuals who are also now subject to expulsion under Title 42 — journey to the U.S. border, there are concerns about increasing violence fueled by discrimination and racism.

Another serious consequence of Title 42 has been family separations. Due to the termination of Title 42 with respect to unaccompanied children and a court injunction, children migrating alone are exempt from being expelled under this policy. This has led some families to make the difficult decision to send their children to attempt to cross the border alone. 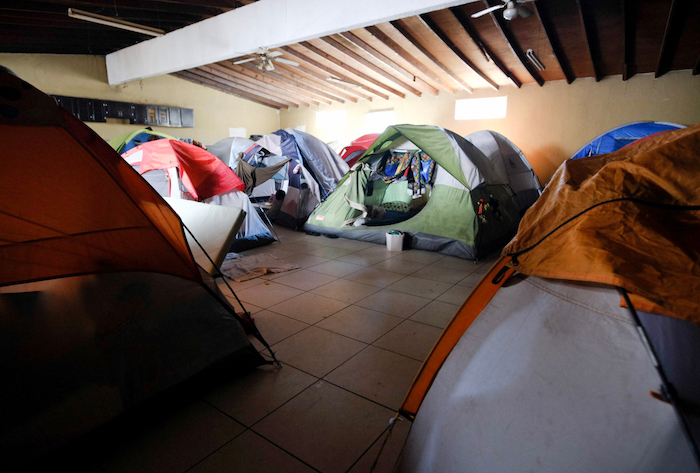 Tents inside a shelter for migrant families waiting in Tijuana, Mexico, for a chance to seek asylum in the U.S. © Balam-ha Carrillo for UNICEF Mexico

Even before the implementation of Title 42, situations were already very difficult for asylum seekers. In late 2019, UNICEF spoke with migrant families waiting in Mexico for their asylum cases to be heard under the Migrant Protection Protocols, also known as "Remain in Mexico."

One father who tried to apply for asylum at the U.S.-Mexico border told UNICEF: "I cannot go home, I don’t want to stay in Mexico. I just don’t know what to do. I want my sons to have a better future. I wish they’d let me stay in the U.S. and fight for my case there.”

On Aug. 8, 2022, the U.S. Government announced the end of "Remain in Mexico" and outlined plans to disenroll individuals from the program and no longer enroll any new individuals. However, with the continued implementation of Title 42, many will continue to require humanitarian assistance as the border essentially remains closed to all noncitizens.

Children and families seeking asylum in the U.S. are fleeing some of the worst conditions. Gang violence, extreme poverty  and limited access to education and social services — all exacerbated by the effects of climate change and COVID-19 — have forced many to flee their homes and embark on dangerous journeys north, only to encounter the harsh reality of a closed U.S. border and a weakened asylum process that further endangers them and offers little protection.

UNICEF continues to work closely with governments and civil society organizations in the region to improve protection and meet the needs of the most vulnerable. As part of these efforts, UNICEF has developed specific recommendations for improving the overall system of reception, care and services for unaccompanied migrant children.

Migrant children are already in dangerous situations in countries of origin and along the migratory route. It is imperative that governments improve their systems for the long term, by incorporating child-sensitive reception into their asylum processes, forgoing any border policies that restrict families from seeking asylum and working to protect the overall well-being of children.

Title 42 is unnecessary and further exacerbates the risks to the safety and well-being of children. It must be lifted, especially as we continue to welcome Ukrainian refugees impacted by the war. It is imperative that all refugees and asylum-seekers, regardless of nationality, be provided with the same protection measures.

"UNICEF USA believes that all children have a right to survive and thrive, regardless of their migration status," said Michael J. Nyenhuis, President and CEO of UNICEF USA. "Their rights do not stop at our borders. We remain committed to working with the [U.S.] Government to ensure that the best interests of all children are protected, at our borders, in communities that welcome migrant children and in addressing root causes of migration in the Americas.”

UNICEF USA strongly supports the ending of Title 42, as it continues to have serious consequences for children and families as they continue to be expelled — and encourages the U.S. government to ensure the reception system safeguards children’s rights and well-being going forward.

Join UNICEF USA in asking Congress to support the termination of Title 42 to protect the rights of all children and families seeking asylum. Go to act.unicefusa.org/endtitle42 to take action.

Learn more about UNICEF USA's efforts to advocate on behalf of the world's most vulnerable children and how to get involved through UNICEF UNITE.

Support UNICEF's work protecting the rights of children all around the world. Donate today.

Top photo: A child from Haiti traveling through the Darien Gap, a dangerous land route between Colombia and Panama. In 2021, Colombian migration authorities registered a record number of people, the majority from Haiti and Cuba, migrating through the country on their way north toward the U.S. UNICEF worked with local partners to meet urgent needs for safe water and protection services amid heightened safety risks. © UNICEF/UN0558565/Mendez