When a young artist volunteers to work with newly arrived migrant children, they all find joy in the magic of art.

"You can teach them to paint," a voice inside quietly guided me.

It was art that had saved me too. I was in a performing arts program when I heard the news that my brother had been killed back home in Central America in 2015. Gun violence. In living color, I witnessed the violence through surveillance footage that still replays in my mind.

I looked down at the faces of the children fleeing the same fear. Twenty of them, starting up at me. Strangers to one another, sleeping miles away from home. Their reality felt like a hidden secret. This was May 2017: Children migrating to the U.S. alone had not yet received national coverage or become a topic of conversation. Little did I know that a year later, many would be forcibly separated from their parents.

The email said: Looking for talented, Spanish-speaking artists to volunteer to bring the magic of the arts to unaccompanied minors. PLEASE READ THIS! WE NEED TO HELP!

I only learned about the migrant children through an email from my arts program, Revolución Latina: "Looking for talented, Spanish-speaking artists to volunteer to bring the magic of the arts to unaccompanied minors. PLEASE READ THIS! WE NEED TO HELP!"

They were working with another organization, Artists Striving to End Poverty (ASTEP), and it was a call to action, so I said: "Sign me up."

For my first lesson, I didn't know what to expect. These children were in a new country, with a different language, without their parents. For some, it was the first time they had ever set foot in a classroom. I wanted to remind them that they are brave. The lesson would be to paint themselves as superheroes and to choose a superpower.

Today, pictures, articles and recordings of minors separated from their parents at the border are driving the story. Where are their voices among the chaos? 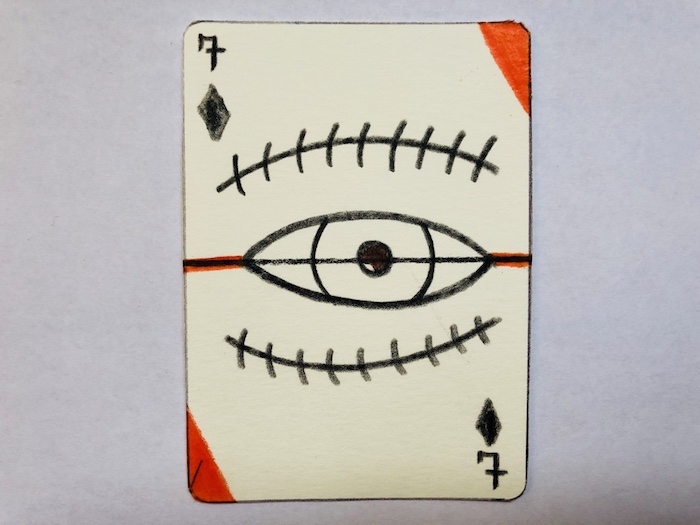 For an hour, during art class, Central American migrant children can just be children. Children who don't have to think about survival. © Grace Canahuati

This month, in my most recent class, I opened a big box of markers and they stampeded to take their choice of colors. One boy grabbed them with such fervor, as if this was his one and only chance to have markers. He became emotional when I asked him to share. I took a breath, looked into his eyes, and I understood. It wasn't that he didn't want to share. These markers represented something. There was safety in the number of markers. If a marker was taken away, his sense of security diminished.

There are two groups of children in the program: Unaccompanied minors who came to the border alone, and children who have been separated from their parents while they were seeking asylum.

In the case of the unaccompanied minors, why would a parent make the difficult decision to send their child north, alone? Why would the child be safer without them? Because their survival is at stake. Home, due to circumstances out of their control, isn't safe. Gangs, violence, abuse, drugs. There are many reasons. Each child has his or her own unique story.

When I first met the children, when I looked into their faces, I saw home. It felt like I knew them. One boy, in particular, caught my eye. He was from a small village where an indigenous community lives near my hometown. It was as if I had spotted a unicorn: I had never seen someone from that village here in the U.S.

At their request, I put on some music and it turned into a celebration. I heard laughter and singing. There was art and there was joy.

I went around the room, trying to give as much individual attention as I could, and watched them create magic. I saw inspiration and focus. At their request, I put on some music and it turned into a celebration. I heard laughter and singing. There was art and there was joy.

For this hour, the kids were children. Children who didn't have to think about survival. I saw relief.

The purpose of the journey north is to seek protection. Unknown to them, they face their biggest fear at our doorstep. The U.S. border. How would you feel if your child was taken from you? 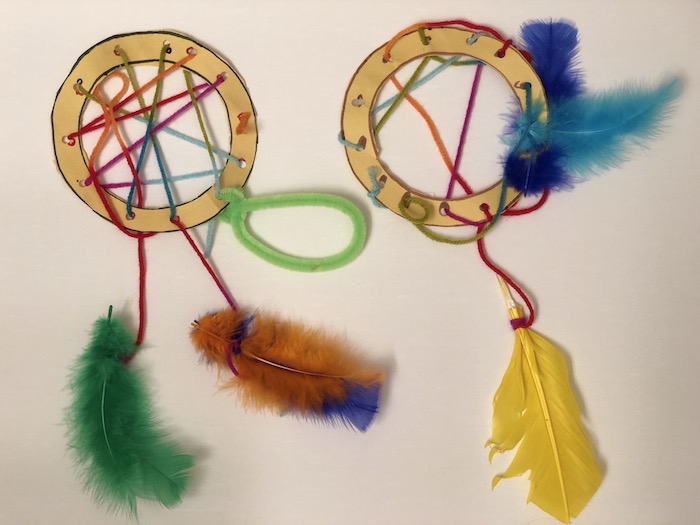 In a volunteer-run creative arts program, unaccompanied child migrants from Central America make dream catchers and write down their hopes and dreams: I hope that I can see my family soon. I dream of becoming a veterinarian. I hope everything will be okay. © Grace Canahuati

At the end of each lesson, the children usually ask for more supplies so they can continue doing art on their own. In one of my favorite lessons, we made dream catchers, a physical and tangible manifestation of their dreams. Yarn, feathers, glue, markers and hand coordination kept them very busy. Some were skilled at weaving beautiful patterns with the yarn. I observed them teaching one another.

When it was time to go, one boy asked for more yarn because he wanted to make bracelets. These children have amazing skills and talents that deserve to be nurtured. When you provide them with these materials, they come alive and go beyond. I was amazed at their focus, especially the younger children. They were committed to the task and wanted to do it well.

They asked what I thought and I told them I saw great beauty in their dreams and their dream catchers. I asked them to write down their hopes and dreams on a piece of paper. I hope that I can see my family soon. I hope to be with my mom again. My dad. I dream of becoming a veterinarian. I hope everything will be okay. Some read them out loud. Others preferred to keep them private. I told them to put their dream catchers by their beds, and to hold tight to their dreams.

They asked what I thought and I told them I saw great beauty in their dreams and their dream catchers.

One child I taught is 17 years old. I can't help but worry what might happen to him when he turns 18 and no longer qualifies for this care.  I am sure he asks himself the same question. He is a talented poet, with much potential. I can only imagine the great things he will accomplish if he is given a chance to survive.

The youngest child in the program is 3 years old. To know that a 3-year-old child traveled alone, unprotected, and endured a long journey to cross the border is hard to fathom.

They already have superpowers.

But in that first class, once they began to draw, they found more. One girl drew herself with wings, bright oranges and yellows and blues, so she could fly. A boy could make himself invisible. Another had big muscles and was very strong. Some included their friends in their drawings.

In another class, I came to learn that the majority of the children didn't know how to draw a heart. As I went around the room individually teaching them how to outline one of the most beautiful shapes I know, I felt the symbolism of this experience. With a little push and encouragement, the boy with the markers filled the page with hearts and felt a sense of accomplishment. 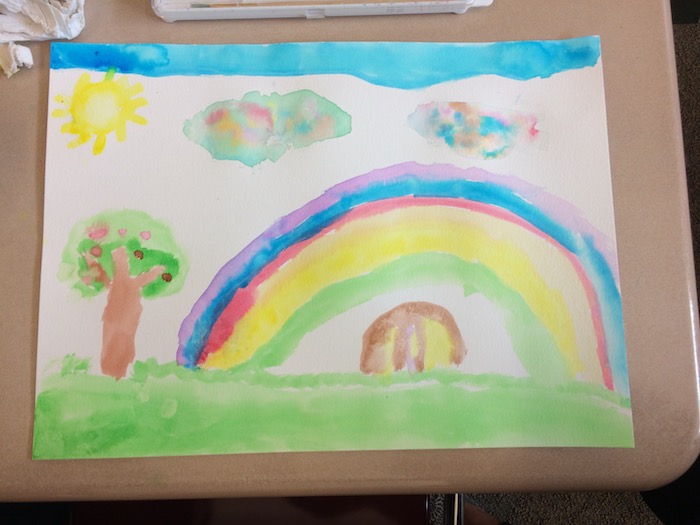 Far from home, children use art to express their longing for a better future. Resilient and resourceful beyond their years, "They already have superpowers," says their teacher. © Elisabeth Rainer

If at this time there are current challenges families are facing to be reunited with their children, there are actions that we can take to help. Your support and contribution will have an immediate impact on their daily lives.

Learn about how UNICEF is mobilizing to protect and support Central American migrant children.

Grace Canahuati is an actress and an artist based in New York City. She grew up in Central America and the U.S.

Note: Countries and names of unaccompanied migrant children have been omitted for their protection.