Already an Inspiration for Girls Everywhere, Malala Is Off to Oxford

On a recent visit to Nigeria with UNICEF, Malala urged the country's leaders to make girls' education a priority.

Malala Yousafzai was only 15 when she was shot in the head on a school bus by militants in her native Pakistan for daring to speak out against a ban on education for girls. She survived and has gone on to become a fierce champion of the right of all children — especially girls — to go to school. In 2014, she became the youngest person ever awarded the Nobel Peace Prize for her struggle against the suppression of children and young people and for the right of all children to an education. This week, the outspoken 20-year-old is furthering her own education, as she begins studies at Oxford University.

On a recent visit to Nigeria with UNICEF, Malala met with girls displaced by the Boko Haram insurgency. While in Maiduguri, the epicenter of the crisis in northeast Nigeria, Malala visited schoolchildren in a camp for displaced families and secondary school girls at Yerwa Government Girls School.

Nigeria is the richest country in Africa, but has more girls out of school than any country in the world. — Malala

“Nigeria is the richest country in Africa, but has more girls out of school than any country in the world,” said Malala. “Studies are clear — educating girls grows economies, reduces conflict and improves public health. For these girls and for their country’s future, Nigeria’s leaders must immediately prioritize education.” 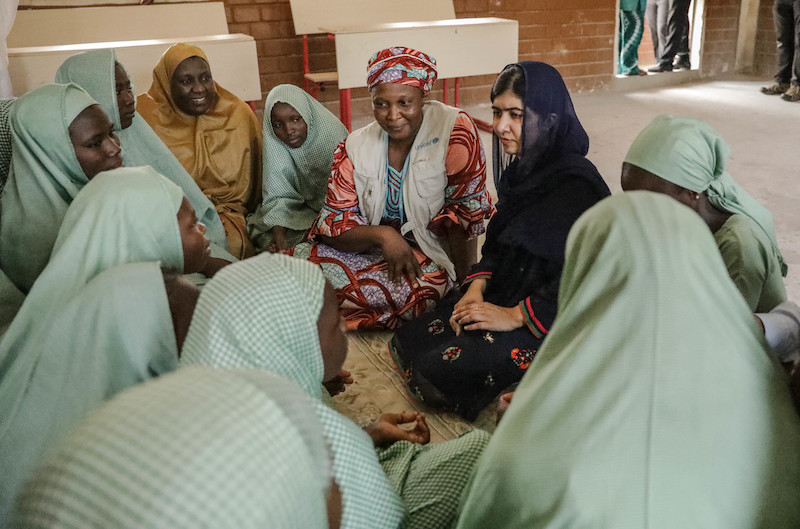 Over 2,295 teachers have been killed and 19,000 displaced, and almost 1,400 schools destroyed in Nigeria since the start of the Boko Haram insurgency in 2009. Three million children in the northeast alone are in need of support to keep learning.

While the 90 camps and camp-like settings in Maiduguri house thousands of families, more than three-quarters of the more than 600,000 displaced people are living with family, relatives or friends in host communities, placing an additional burden on local schools.

Over 10.5 million Nigerian children are currently being denied an education.... Globally, one in five children not enrolled in school is Nigerian.

Over 10.5 million Nigerian children are currently being denied an education. Among primary school-aged children not in school, only five percent are dropouts: three-quarters of them will never step foot in a classroom, and the majority are girls.

Across West Africa, 46 percent of primary school-aged children not in school are Nigerian. Globally, one in five children not enrolled is Nigerian.

“We will do everything in our power to make sure all children can keep learning," said Mohamed Malick Fall, UNICEF’s Representative in Nigeria. "We believe that education —especially for girls — is the single most important way to bring hope, peace and prosperity not just for this generation, but for also for future generations." 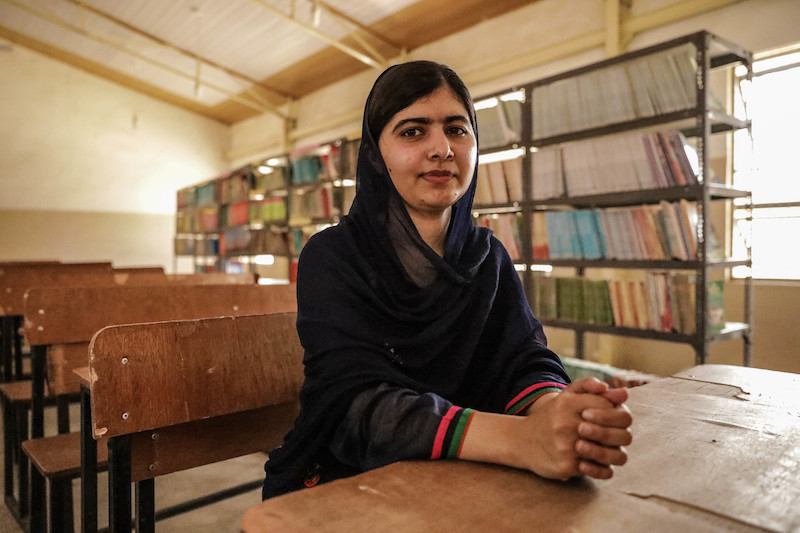 Malala visited the library of the Yerwa Government Girls School in Maiduguri, Nigeria in July, 2017. © UNICEF/UN072060/Abubakar

UNICEF is working closely with local governments and partners to put children in the northeast back into learning environments. More than 525,000 have been enrolled in school this year alone, over 37 temporary learning spaces have been established, and almost 92,000 packs of learning materials have been distributed to help children continue their education.

With UNICEF's help, more than 525,000 have been enrolled in school this year alone.

UNICEF’s education response in the northeast remains critically underfunded, with just 54 percent of the $31.4 million appeal received, leaving a funding gap of $14.4 million. Support UNICEF's efforts to make sure all young people — especially girls — receive the quality education they deserve.

About Malala Yousafzai: Malala Yousafzai is a Pakistani activist, student and UN Messenger of Peace. She is the co-founder of the Malala Fund, is building a global movement of support for girls’ education. Learn more at malala.org.